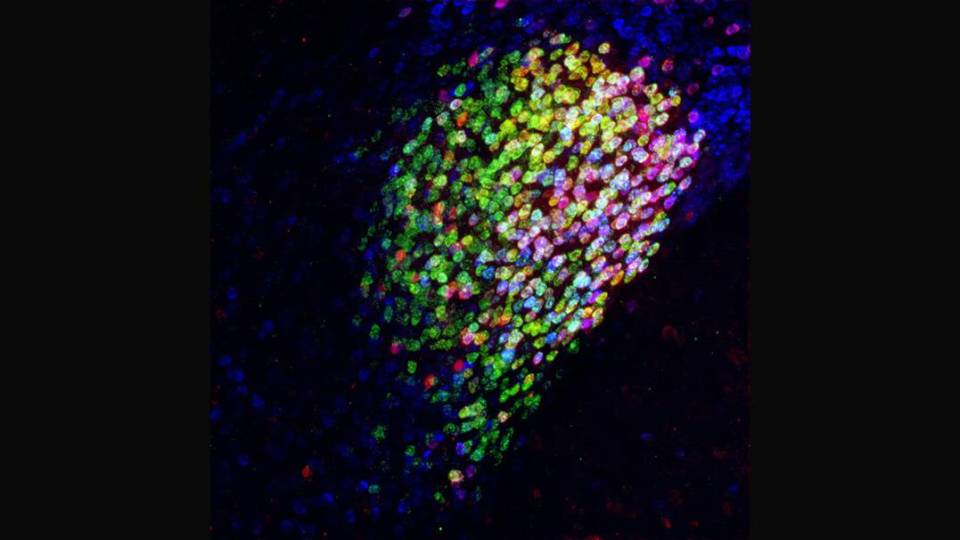 US researchers have found a small area of the brain that serves as a switch to turn off pain.

This is a significant because the body’s poorly understood pain complex is processed across a number of sites in the brain.

Hence, it was thought that shutting down pain required targeting all those different sites, which is partly why chronic pain is difficult to treat.

But now, having identified what might be ‘pain central’, researchers are investigating the specialist neurons that make up this switch as “a potential powerful therapeutic target for alleviating chronic pain”.

Surprisingly, the ‘off switch’ is located in the amygdala, the part of the brain that is responsible for complex, yet primal responses to threat such as the fight or flight reflex, and general anxiety.

This was unexpected because pain is an intense warning system, and therefore a vital part of our defence signalling.

This discovery throws light on how general anaesthetic serves to produce analgesia (a loss of pain), a process that is neurologically independent of putting a patient to sleep.

The discovery was found in mice which have a relatively larger central amygdala than humans.

However, the researchers say they have “no reason to think we have a different system for controlling pain”.

The research was led by Dr Fan Wang, the Morris N. Broad Distinguished Professor of Neurobiology in the School of Medicine at Duke University.

The study follows up earlier research that found general anaesthesia promotes slow-wave sleep by activating the supraoptic nucleus of the brain.

The researchers also found that general anaesthesia activates a specific subset of inhibitory neurons in the central amygdala, which they have called the CeAga neurons – and these were found to be connected to many different areas of the brain.

“Which was a surprise,” Dr Wang said.

According to a statement from the university, when mice were given “a mild pain stimulus”, the researchers were able to map all of the pain-activated brain regions.

They discovered that at least 16 brain centres known to process the sensory or emotional aspects of pain were receiving inhibitory (pain lessening) input from the CeAga.

“It involves sensory discrimination, emotion and autonomic (involuntary nervous system) responses. Treating pain by dampening all of these brain processes in many areas is very difficult to achieve.

“But activating a key node that naturally sends inhibitory signals to these pain-processing regions would be more robust.”

The researchers used light to activate a small population of cells in the brain (a technique called optogenetics) and found “they could turn off the self-caring behaviours a mouse exhibits when it feels uncomfortable by activating the CeAga neurons”.

These recuperative pain responses – paw-licking and face-wiping – were “completely abolished” the moment the light was switched on to activate the anti-pain centre.

When the scientists dampened the activity of these CeAga neurons, the mice responded as if a temporary ‘insult’ (pain-inducing stimulus) had become intense or painful again.

They also found that low-dose ketamine, an anaesthetic drug that allows sensation but blocks pain, activated the CeAga centre and wouldn’t work without it.

In other words, this pain centre appears vital to anaesthesia working.

Now the researchers are going to look “for drugs that can activate only these cells to suppress pain as potential future pain killers,” Dr Wang said.

Further, they are hoping to find the gene for a rare or unique cell surface receptor among these specialised cells that would enable a very specific drug to activate these neurons and relieve pain.

The brain has a switch that turns off pain: New study