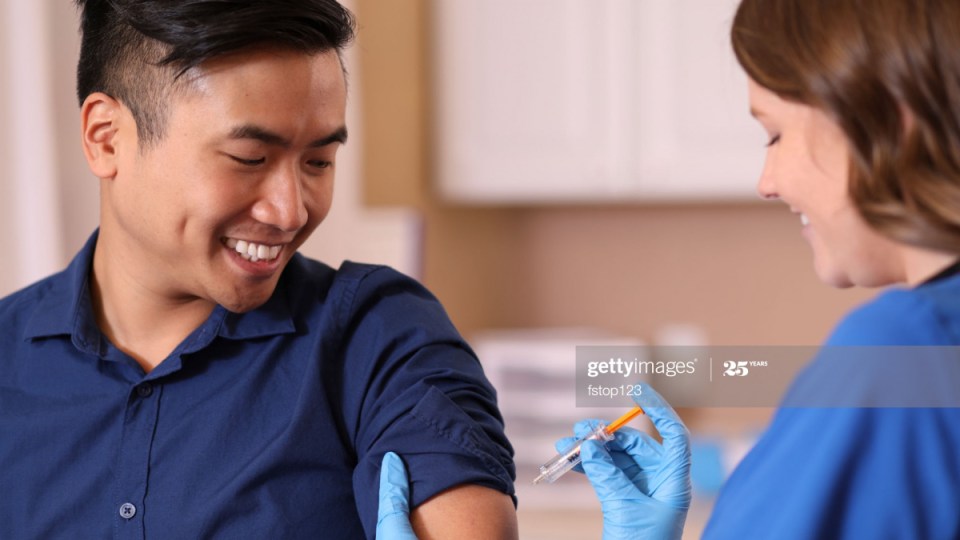 More than twice as many people are happy to get a needle in their arm to ward off seasonal flu. Photo: Getty

What a difference a pandemic makes. Surveys have found that more than two-thirds of adult Australians have had – or intend to have – the 2020 flu vaccination shot.

This is a radical turn-around from last year, when the numbers went the other way, and 61 per cent of adult Australians told the Immunisation Coalition they wouldn’t get vaccinated for the 2019 season.

Public messaging about COVID-19 potentially overwhelming the health system – and the need to keep flu numbers down to avoid system collapse – has worked spectacularly.

That message took hold relatively early into the pandemic.

In March, the Immunisation Coalition published a report that found 61 per cent of adults planned to get vaccinated.

This week, according to an online survey from Finder, 72 per cent of Australians said they’d been vaccinated or planned to.

Online surveys have their limitations, but if these numbers are close to the reality – and people actually follow through with these stated intentions – we will come tantalisingly close to achieving herd immunity.

The herd immunity threshold for influenza is said to be reached when 75 per cent of the population is protected against the disease.

This is very good news for the government, state and federal: implied in these figures, the national rollout of a COVID-19 vaccine would appear to have widespread support.

It may even allow the government to plan for a rollout that is voluntary, not mandatory – which could complicate community support by whipping up conspiracy theorists.

But a quarter of Australians still say no jab

Still the Finder survey of 1025 respondents revealed that more than one in four Australians (28 per cent) – equivalent to 5 million people – won’t be getting a flu vaccine this year.

Anti-vaxxers are likely to package this as proof that a significant number of Australians have recognised vaccination as an issue of individual choice. It’s a silly argument that preys on a complex situation.

If we take vaccination rates in children as a guide, because that’s when most vaccinations occur, about one in 10 Australians are vaccine hesitant. This can mean a number of things:

According to the National Notifiable Diseases Surveillance System (NNDSS), there have been more than 20,000 confirmed cases of influenza so far in 2020.

However, cases dropped significantly when social distancing measures were put in place in March.

Last year was the biggest year on record for confirmed cases of influenza with 313,356 recorded cases.

Flu shots: We are close to herd immunity for the first time