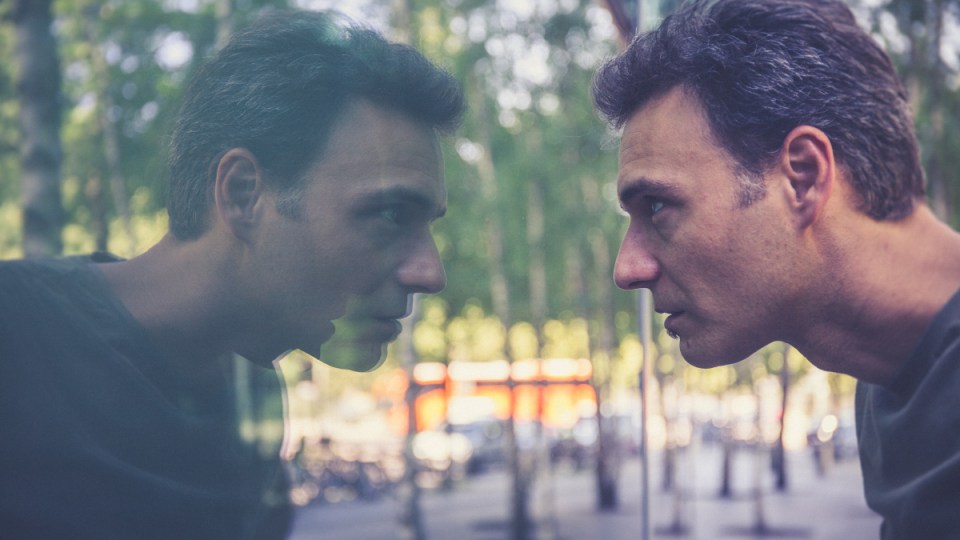 COVID-19 is causing people to beat themselves up over job losses and difficulties at home. It can ruin your health. Photo: Getty

Kicking yourself because your home-schooling efforts are chaotic?

Feeling, overall, that you’re not up to facing these new and challenging times?

Are you blaming yourself for an income that has just about vanished because of the plague?

This is, without a doubt, some of the self-talk going on around the country and the rest of the world.

And it’s literally putting millions of hearts out of whack.

How can it do that?

In a timely new study, researchers from the University of Queensland found that pathogenic self-criticism flattens heart rate variability (HRV), a reliable measure of the autonomic nervous system, which keeps vital processes ticking over.

It particularly flattens the response of the parasympathetic nervous system, which helps regulate heart rate and blood pressure, when it’s under stress, promotes rest and helps the body store energy for future use.

“It is also associated with self-harm and suicide risk.

“Self-criticism interferes with goal pursuit, and is associated with problematic perfectionism, which has been increasing steadily over the last 20 years.”

They also point out that while access to mental health treatments have improved drastically over the past two decades, rates of mental health problems have not decreased, with some research indicating they are on the rise.

They go so far to suggest that pathogenic self-criticism within modern society has “blunted the impact of available treatments on mental health problems”.

In other words, how we talk to ourselves (about ourselves) is a roadblock to recovery from depression or anxiety.

The good news is…

On a more upbeat note, the study found that by engaging in Compassionate Mind Training, HRV improves, as does the feelings of wellbeing.

Compassionate mind training (CMT) was developed for people with high shame and self-criticism, whose problems tend to be chronic, and who ﬁnd self-warmth and self-acceptance difﬁcult or even frightening.

PhD candidate Jeffrey Kim said the findings were critical in the current climate, with many people experiencing frustration and setback due to COVID-19.

“Our research provides evidence to support the positive impact that self-compassion can have on the brain and body when dealing with rejection, disappointment and setback,” Mr Kim said.

The results were supported by MRI scans that revealed where and how the brain responded to feelings of rejection and disappointment, and then to active self-compassion.

“Using brain-imaging techniques, we found that when faced with rejection or disappointment, practising compassion helped reduce activation within brain regions associated with threat, such as the amygdala,” Mr Kim said.

“In contrast, people who were critical of themselves due to these disappointments had heightened activation within the brain’s neural networks associated with threat and pain.”

Mr Kim told The New Daily that while the broader population was vulnerable to poor self-talk during the pandemic, healthcare workers might especially be at risk because of compassion burnout.

In effect, doctors and nurses and patients end up feeling bad about themselves.

How did the study work?

Forty participants, mean age of 22, were exposed to written statements, half of which declared a personal mistake, setback or failure, and the other half of more positive or neutral flavour.

The participants gave feedback as to the intensity of feeling that accompanied these statements.

With this training protocol, the researchers assessed participants’ HRV at both rest and during the compassion exercise.

The authors note: “Higher HRV is indicative of higher parasympathetic nervous system outflow via the Vagus nerve activity which have been associated with increased states of contentment, calmness, safeness.”

And now you can try it at home

Mr Kim said there was good evidence that if you’re being critical of yourself for not being able to hold it all together during the pandemic, then engaging in compassionate practice will be beneficial to your mental health.”

The UQ School of Psychology-led study included researchers from Stanford University’s Centre for Compassion and Altruism Research and the UK’s Compassionate Mind Foundation.

Self-compassion: Don’t let the coronavirus make you feel like a loser