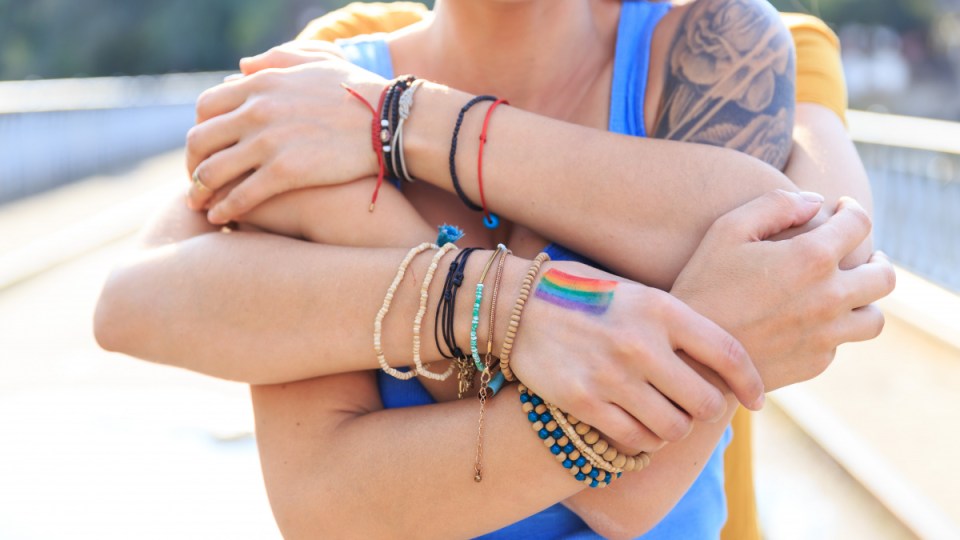 The coronavirus pandemic has shone a spotlight on the importance of skin-to-skin contact but also exacerbated people’s craving for it.

Touch deprivation (or skin hunger) is a byproduct of chronic loneliness and can cause obsessive and risk-taking behaviours, lead to mental health problems and hamper the body’s ability to fight off infection.

That’s only scratching the surface of what the prolonged absence of human contact could do to a person, psychologically as well as physiologically.

Dr Scott Lyons has lectured on touch for years but the lack of it has arguably never been so widely felt.

People who are living alone in self-isolation due to the coronavirus are more prone to suffering from touch deprivation, said Dr Lyons, a clinical psychologist from New York who is remaining in Australia until travel restrictions are lifted and it becomes safe to go back to his home.

“There’s a lot of people who are single, who are not quarantining with a partner, and they might have all of these self-harming thoughts or negative thoughts about themselves, their worth and their value, especially as there’s an increase in skin hunger, and they feel more lonely. That’s dangerous,” he said.

Digitally connecting with geographically distant family and friends can pull people out of the feeling of loneliness, and just because someone is alone does not mean they are lonely.

They want to be physically touched – and it goes beyond just being something people ‘want’.

Being physically touched is a fundamental human need, because, without it, people can fail to thrive, Dr Lyons said.

Cohabiting couples are not immune to feeling deprived of touch during the pandemic.

For example, one person in the relationship might be tense from the general stress of what’s happening and, as a result, be more guarded.

Therefore, even if they’re physically engaging with their partner, that guardedness creates a layer of numbness that stops them from enjoying the positive feelings that dopamine, serotonin, and oxytocin create.

That’s why skin hunger is not only about general, non-sexual touch. The perceived quality of the touch is just as, or arguably even more important, Dr Lyons explained.

The good news is people can still feed their skin hunger without violating physical distancing rules. Dr Lyons has some suggestions.

Essentially what we are craving for is a soothing touch that has a gentle pressure to it,” he said.

“Fill up a big Ziploc bag full of water and put it on you. That sense of compression actually gives us the soothing quality that we receive in touch.

“What else do you have in the house that can give you a sense of compression and weight? It might even be a towel that you just roll up and press against your back.

Fill up a bathtub. The volumetric pressure of the water does have a similar effect.”

Touching your own skin can be just as effective. For some people, that’s all they really need, Dr Lyons said. Start with this simple technique:

“If I put my right hand over my left arm, can my left hand just receive the touch of my right hand? Like the warmth, the texture, the pressure?

“Then I’ll switch my attention to my right hand. And can I receive the texture, the contact of my left arm?”

Give yourself a foot massage or stroke your head. They, too, can evoke similar biological responses to being touched by another person.

Skin hunger is not just felt by adults

Touch is the first sense organ to develop in utero, Dr Lyons said.

Babies use it to communicate their needs and wants, bond with their caregiver and discover the world around them.

Through childhood into adulthood and older age, the desire for closeness and meaningful physical contact doesn’t go away.

If that need isn’t being met through healthy physical interactions, the negative impacts are plentiful.

Dr Lyons said past studies show orphaned children who experienced no touch at all were conditioned towards depression, suicidal tendencies, anxiety, and other mental health issues.

Their bodies were also less resilient to infection due to having consistently elevated levels of the stress hormone cortisol.

There are studies that suggest loneliness has a significant physiological effect, too.

People become less resilient because they have fewer resources to rely on,” Dr Lyons said.

“So they’re more apt to get sick and it’s more chronic because they don’t have someone to call and bring them soup (for example).”

To experience the feel-good hormones that are released when there is safe skin-to-skin contact, people might make decisions that are not in their best interest or find themselves doing something obsessively such as eating too much fast food.

We sometimes make non-optimal decisions because that need for touch is more primal,” Dr Lyons said.

“It is literally more fundamental than where decisions are made in our brain, which is more an evolved and much later portion of our brain to develop then that sense of bonding and connection.”

Dr Lyons said when you find yourself eating a lot or doing something obsessively, step back and ask yourself ‘what am I really hungry for?’

“But that hunger will just keep coming back because this is a biological wiring and need that is inherent in all human beings.”