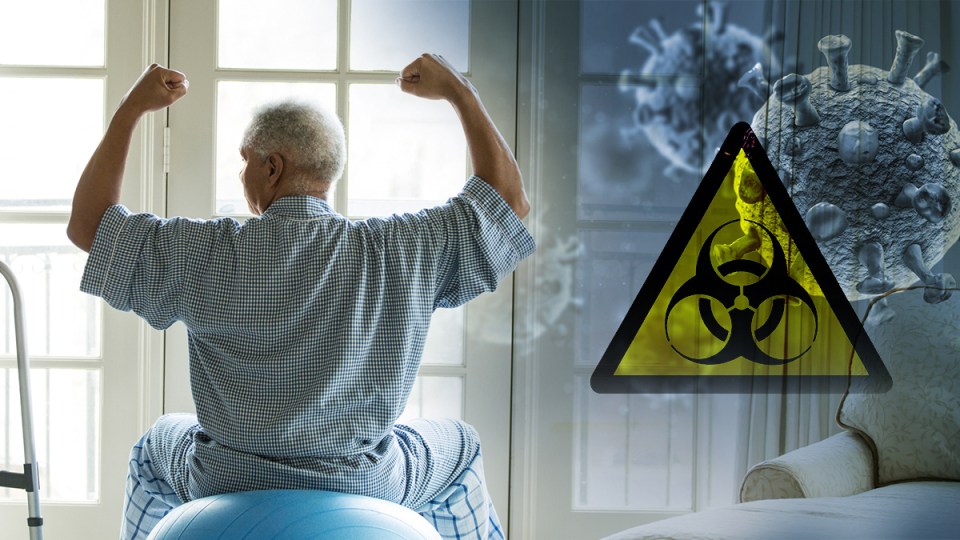 Plan to get a coronavirus test? It isn't worth it, one infectee tells The New Daily. Photo: TND

Up to eight out of 10 people diagnosed with COVID-19 have no symptoms, according to a small Chinese study published in the British Medical Journal.

In other words, most people who get the virus, don’t become ill.

If true, the implications are complicated, even potentially socially disruptive.

Consider this from Dr Tom Jefferson, an epidemiologist and honorary research fellow at the Centre for Evidence-Based Medicine at the University of Oxford, who told the BMJ: “The sample is small, and more data will become available.

“Also, it’s not clear exactly how these cases were identified,” he said.

“But let’s just say they are generalisable. And even if they are 10 per cent out, then this suggests the virus is everywhere. If – and I stress, if – the results are representative, then we have to ask, ‘What the hell are we locking down for?’”

Good to remember: Many people have died

The short answer to that might be: Look at New York City, look at Italy.

Other studies have had similar results to the Chinese research.

In Iceland, 6 per cent of the entire population has been tested, more than anywhere else in the world.

The researchers tested people with and without symptoms (or with symptoms no more severe than a cold).

About 43 per cent of those who tested positive for the virus were asymptomatic.

Or, as a report at Vox put it, “It’s possible that, at least in Iceland at that point in time, almost half of the people who had coronavirus didn’t know it.”

One in eight women with the virus in delivery room

A report in the New England Journal of Medicine investigated the COVID-19 status of 215 pregnant women who, between March 22 and April 4, delivered infants at the New York-Presbyterian Allen Hospital and Columbia University Irving Medical Centre.

Four of the women presented with fevers, and were subsequently tested positive for SARS-CoV-2.

Thus, 29 of the 33 patients who were positive for SARS-CoV-2 at admission (87 per cent) had no symptoms of COVID-19 at presentation.

Putting it another way: One in eight women admitted to the maternity delivery wards – and deemed healthy – was carrying the virus.

These findings seem to contradict a World Health Organisation report in February that was based on COVID-19 in China.

This suggested that “the proportion of truly asymptomatic infections is unclear but appears to be relatively rare and does not appear to be a major driver of transmission”.

What if all these people are harmless?

The complicating factor is this: Can asymptomatic people make you sick?

The WHO says 75 per cent of people who were identified as asymptomatic at the time of testing go on to develop symptoms, and therefore were actually pre-symptomatic.

But what about those apparently under-counted people who never fall ill?

These are the people WHO referred to as “truly” asymptomatic.

According to a Conversation explainer from four Sydney researchers: “Some studies have indicated people with COVID-19 tend to have a high viral load just before and shortly after they start getting symptoms.

“This suggests they can transmit it when they first get sick and up to 48 hours before, while they’re pre-symptomatic.

“However, there is no good evidence that asymptomatic people who never develop symptoms are able to pass it on.”

Meanwhile, The New York Times reports that “two new studies using antibody tests to assess how many people have been infected with the coronavirus have turned up numbers higher than some experts had expected”.

The numbers were so high that critics have questioned the studies’ recruitment and analyses.

This points to a large part of the community who have contracted the virus with no obvious impact to their health.

For Nobel Laureate Professor Peter Doherty’s take on this issue, tune into episode four of the Covid Conversation podcast with John Elder, published on Friday

Eight out of 10 people have no coronavirus symptoms