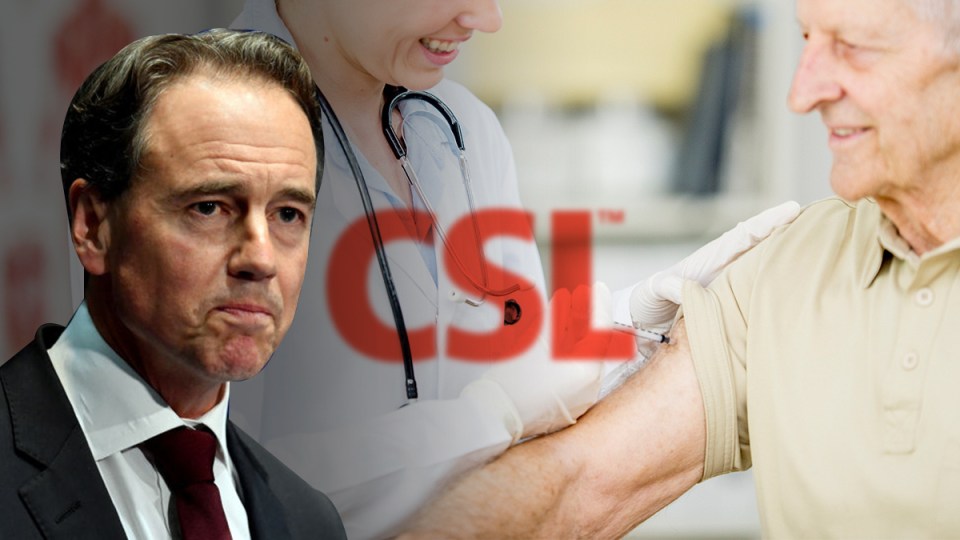 Doctors have raised concerns over the supply of flu vaccines, but the federal government and a major manufacturer have shot down fears of a shortage.

On Thursday, Health Minister Greg Hunt said only two million of the more than 13 million flu vaccines supplied to GPs and pharmacies have been used.

“Those 13 million units have been released by the medical regulator, they are overwhelmingly out in the supply,” he told Sunrise.

“I think the only challenge has been to make sure it is being moved from some of the state warehouses, where they are doing a fantastic job.”

The government is working with biotechnology firm Commonwealth Serum Laboratories to “make sure that we have even more vaccines than we’ve previously ordered”, Mr Hunt said.

So I’m very confident that we’ll have not just enough for Australians, but we’ll have a surplus.’’

Many government-funded flu vaccines are produced by CSL-owned Seqirus, which is the only local manufacturer of flu vaccines in Australia.

There has been “extremely strong early demand for flu vaccines across all channels – GPs, pharmacies and other immunisation providers,” Seqirus executive director of commercial operations Danielle Dowell said.

“This is a good thing overall for important vaccine programs, especially this year as our health system deals with the concurrent COVID-19 outbreak.”

Seqirus will supply “a record number of flu vaccines to the Australian market” in 2020, Ms Dowell said.

There will be more flu vaccines being distributed across the country this month and into May, and we encourage people to phone their clinic or pharmacy ahead of time to ensure the vaccines have arrived and are available.”

General practitioners have complained of not being able to get enough flu vaccines for their patients, and accused pharmacies of hogging supply.

“There were widespread complaints by general practitioners that they were unable to obtain private flu shots for their patients, but pharmacies seemed to have monopolised supplies,” Australian Medical Association SA president Chris Moy told The New Daily.

“A lot of my colleagues are really upset that they couldn’t get a hold of it.

GPs felt early on like they had one hand tied behind their back.’’

By contrast, pharmacies “did a lot of vaccination early”, Dr Moy said.

Pharmacies’ “monopolisation” of supply “actually inhibited the ability of GPs to give the vaccinations to their patients and vaccinate a high percentage of the population coming into this COVID season”, he said.

We weren’t able to do our part and vaccinate our patients early on.’’

The AMA has long voiced opposition to pharmacies being allowed to administer vaccinations.

“There is a conflict of interest with the sector dispensing the vaccination, because it gives the opportunity to upsell other medications at the same time and upsell other products,” Dr Moy said.

“As a doctor you don’t have that conflict because you’re not selling anything.

“You’re providing care, which is bound by ethical principles of what is best for the patient in front of you without the conflict of interest of selling a product to make a profit.”

“We are aware of shortages of stock of flu vaccines and believe the government is in the process of sourcing additional supplies,” a PGA spokesperson said.

“We urge patients to remain in contact with their pharmacy so they are informed when the new stock is available.”

The PSA did not respond by deadline.

‘Patients should not be alarmed’: RACGP

Royal Australian College of General Practitioners president Harry Nespolon said GPs “have been seeing increased demand for the influenza vaccine this year because of COVID-19 and this is a good sign”.

The RACGP has been calling for the vaccine to be distributed to general practices as quickly as possible.

Not every clinic may have the flu vaccine in stock just yet, but patients should not be alarmed,’’ Dr Nespolon said.

“The distribution of this vaccine is a large-scale, complex effort and it differs from state to state.”

Both the RACGP and government have advised people to “get their age-appropriate vaccination as soon as possible to ensure patients and the health system are not dealing with the flu in addition to COVID-19,” Dr Nespolon said.

Who gets a free flu shot?

Most Australians have to pay for their flu shots, which are administered at GP’s clinics and pharmacies.

In a world first, the government this year made available a boosted ‘adjuvanted quadrivalent influenza vaccine’ flu shot to over-65s: The Fluad® Quad shot, which is manufactured by Seqirus.

“There is a special vaccine for over-65s, which provides enhanced immunogenicity for this more at-risk group, and is free when provided by a GP,” Dr Nespolon explained.

It is vital that especially vulnerable patients, such as the over-65s, check with the clinic to ensure that they have the influenza vaccination before leaving their self-isolation.’’

Amber Heard’s sister and friend give evidence
‘Should have been a penalty’: Boy crash-tackled by PM gives his verdict
Apple sued over ‘ear shattering’ AirPods alert
Russian Google to file for bankruptcy
Man arrested at NSW school for bestiality
Concern about COVID-19 deaths in aged care
Coronavirus: Millions turn to mindfulness apps to cope with stress and anxiety
Today's Stories