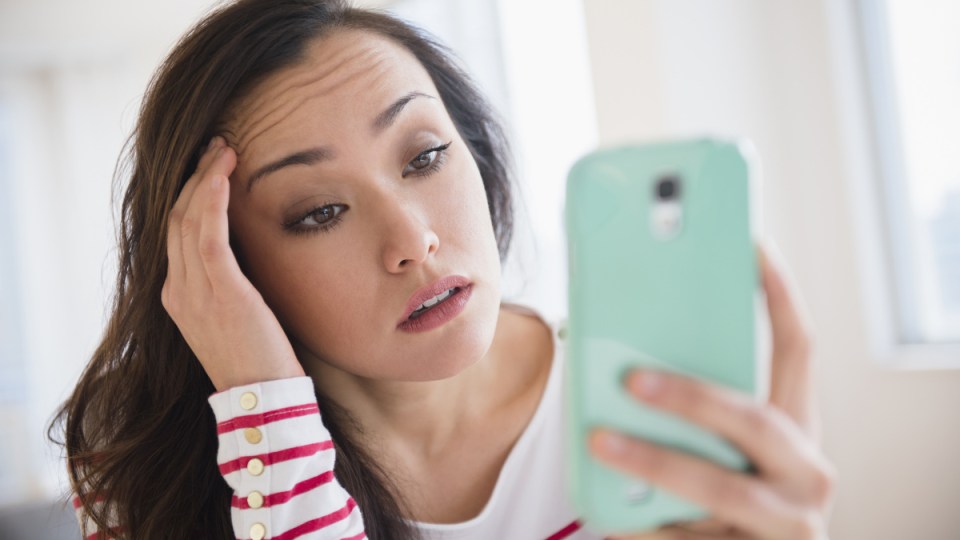 Do smartphones make our headaches resistant to pain medication?

A preliminary study published by the American Academy of Neurology found evidence that smartphone users pop more painkillers for their headaches – and find less relief – than people who don’t use smartphones.

The study doesn’t prove that smartphones cause greater use of pain medication for headaches – or, in effect, that phone enthusiasts suffer more – it only shows an association.

But it’s an interesting, and to some extent, a logical one.

And it’s supported by previous research.

How the study was conducted

For the study, researchers visited a hospital in India and identified 400 people with a primary headache condition – which includes migraine, tension headache and other headache types that are not due to another condition, such as injury or a viral infection.

The researchers asked the patients about the frequency of their smartphone use, their headaches and medication use.

The study group was split almost equally – 206 were smartphone users and 194 weren’t.

The researchers found 96 per cent of smartphone users took painkillers for their headaches, compared to 81 per cent of non-users.

It’s important to note the people who did not use smartphones were older, had a lower education level and were more likely to have a low socioeconomic status than those who did use smartphones.

This could mean that this poorer group were more frugal in their use of medication.

But intriguingly, smartphone users gained less relief from the medication, with 84 per cent reporting moderate or complete relief of headache pain compared to 94 per cent of non-users.

The study did not find any difference between the two groups in how often headaches occurred, how long they lasted or how severe they were.

“The root of the problem is not yet clear,” said Dr Heidi Moawad, MD, of Case Western Reserve University in Cleveland, writing in an editorial accompanying the study.

“Is it a user’s neck position? Or the phone’s lighting? Or eye strain? Or the stress of being connected at all times?

“Answers will likely emerge in upcoming years and eventually guide strategies for more sustainable use of the devices.

“Features such as hands-free settings, voice activation and audio functions could potentially hold the key to helping smartphone users benefit from their phones without exacerbating their headaches.”

The study only examined people at one point in time; it did not follow them to look for changes over time.

Another limitation of the study was that the two groups were not matched for characteristics such as education level and socioeconomic status.

Also, all information on headaches and smartphone use was provided by the participants.

It is possible that they may not remember everything correctly – or were just having a good or bad day.

“While these results need to be confirmed with larger and more rigorous studies, the findings are concerning, as smartphone use is growing rapidly and has been linked to a number of symptoms, with headache being the most common,” said study author Dr Deepti Vibha, of All India Institute of Medical Sciences in New Delhi, in a prepared statement.

People have been blaming their headaches on mobile use for 30 years – inspiring an array of research studies.

A 2017 meta-analysis of all studies, in any language, published between January 1990 and May 2017 concluded there was a significant association between mobile phone use and headache –but the specific nature of the relationship remains elusive.

The results of the study hint of a mechanism, specific to phone use, that  awaits identifying. There are theories.

As the 2017 meta-study notes, some researchers suggest that a breakdown of the blood-brain barrier due to exposure to low-intensity microwave energy may be involved.

It’s also suggested the dopamine-opiate system may be involved in headaches and low-intensity electromagnetic energy exposure affects those systems.

A 2019 study investigated the link between mobile phone use and neck pain in university students.

Another 2019 study – reported without irony – found that migraine sufferers who used a smartphone-based relaxation technique at least twice a week experienced on average four fewer headache days per month.