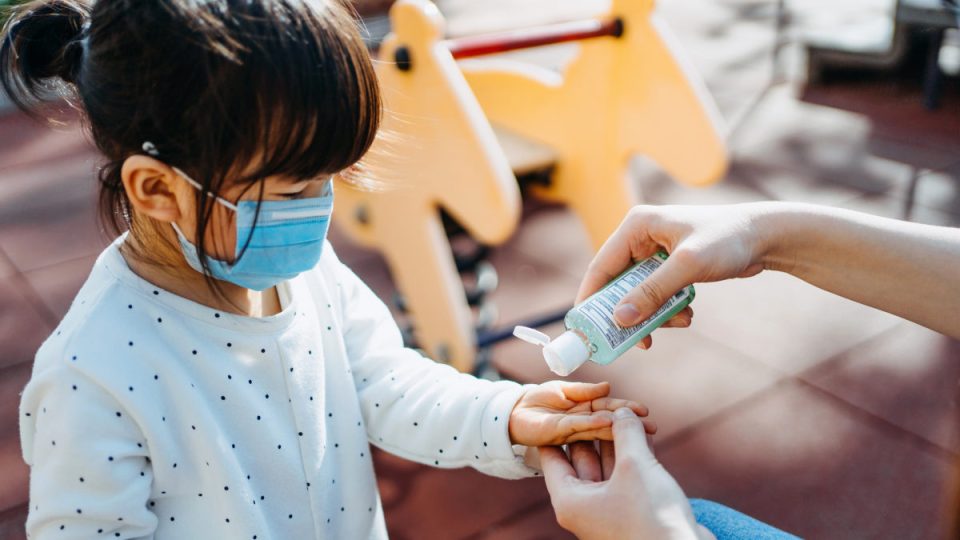 So far, no children have been reported as having serious complications. Photo: Getty

As Australian authorities prepare for the coronavirus outbreak to be declared a global pandemic, health experts say there is already good evidence about who is most at risk from COVID-19.

The good news is that children seem to be safe from severe symptoms.

Chief medical officer Dr Brendan Murphy said one of the surprising features about the virus was how few children seemed to have been identified as infected.

“We don’t know whether children might be getting the disease but [their symptoms] are so mild they are not being picked up, or they’re not becoming sick, or whether they are somehow less susceptible.”

Professor Robert Booy from the National Centre for Immunisation Research and Surveillance said for some reason children appeared to be getting a mild dose of COVID-19.

“Those children who did contract the virus overseas have only had mild symptoms, such as fever and upper respiratory symptoms,” he said.

So far, no children have been reported as having serious complications, but that is not the case for adults, particularly older ones.

“In adults, they are reacting quite violently because perhaps they have seen a previous coronavirus infection and that’s set up the immune system to react inappropriately and excessively,” Professor Booy said.

Who is most likely to get COVID-19?

Unlike previous disease outbreaks, doctors across the world have been quick to analyse just who has been suffering serious complications of coronavirus.

One of the largest studies looked at more than 72,000 patients with COVID-19 from China.

The fatalities occurred in people who already had serious health conditions, such as cardiovascular disease, diabetes, high blood pressure or cancer.

No deaths occurred in children, and those most at risk of dying were aged over 70, with an even greater death rate in people aged over 80.

Another paper in the Journal of the American Medical Association analysed who was ending up in hospital in China with pneumonia from COVID-19.

The most common symptoms they suffered were fever, fatigue, a dry cough and feeling unwell.

To treat COVID-19, patients were given a cocktail of antiviral and antibiotics treatments.

Although one-third of the patients were healthy enough to be discharged from hospital, six died from the illness.

The findings point Australian experts to where resources need to be deployed.

Professor Booy said Australia needed to focus on older people living in aged care and the elderly still living at home, as they were most at risk.

“People with chronic medical conditions of the lung or the heart also need to be closely monitored,” he said.

So far, pregnant women do not appear to be at increased risk of contracting coronavirus and developing complications, unlike in the case of influenza.

How many Australians are likely to get COVID-19?

Some health experts have suggested the majority of Australians could become infected, but Professor Booy said that was unlikely.

“I think with our containment approach, we can keep it down to well under 50 per cent of the population getting sick,” he said.

He said authorities needed to act promptly to prevent it spreading.

“This is a highly transmissible virus. It’s surprising how transmissible it is. It is really quite worrying,” Professor Booy said.

Professor Booy said countries with strong border controls like Australia now had the virus spreading in the community.

Several cases have been reported in Australia, but he said COVID-19 would eventually affect a significant percentage of the population.

“It could be within a few weeks. it could be one to two months, [but] it’s going to come here,” he said.

Advice for everyone: Keep your distance

Even though research has shown that COVID-19 is more likely to be a severe illness in older people, experts say it is wise to treat everyone with “caution and respect”.

“Anyone could transmit the infection to you,” Professor Booy said.

“So smile, don’t shake hands, keep a good distance away from other people.”

Practise good hand hygiene with frequent hand washing, disposing of tissues and sneezing into the crook of your arm.

Who is vulnerable to coronavirus? So far children appear safe from COVID-19