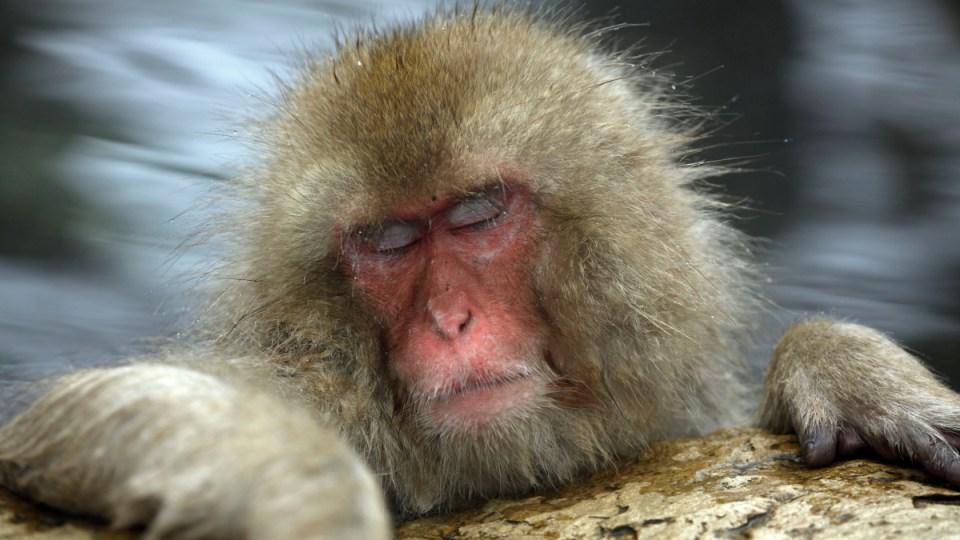 Media reports are celebrating the discovery of the "engine room of consciousness". It's complicated. Photo: Getty

In an experiment that has implications for waking patients out of comas and treating crippling brain disorders, monkeys knocked out with general anaesthetic drugs – commonly administered to human patients – were fully awake on the table within seconds of having a part of their brain stimulated with a small amount of electricity.

Their eyes were fully open, they reached for nearby objects, their vital signs indicated alertness, and their body and facial movements showed no sluggishness or drowsiness as you’d get in general recovery.

“For as long as you’re stimulating their brain, their behaviour… and their brain activity is that of a waking state,” said Dr Yuri Saalmann, University of Wisconsin–Madison psychology and neuroscience professor, in a prepared statement.

He is the senior author of a paper published in the journal Neuron.

“Then, within a few seconds of switching off the stimulation, their eyes closed again. The animal is right back into an unconscious state.”

How this is a world first …  and not

The researchers have described their experiment as “exhilarating” with good reason: It’s the first study to pull primates in and out of a deep unconscious state, throws some light on the confounding mysteries and mechanics of anaesthesia, and has identified particular structures that create “a loop of activity that is crucial to consciousness”.

Dr Saalmann and company go so far as to claim they have discovered the “engine room of consciousness”.

That’s a big call, suggesting, probably not intentionally, they have discovered the seat of the “soul” – the consciousness that is our subjective experience of the world.

Consciousness is more than being switched on like a fridge.

It’s the pain we feel, be it physical or emotional, it’s the range of our emotional responses as an experience – it’s the overwhelming mystery of our subjective feelings that might light up neurons in the brain (here is anger, here is joy) but is experienced as an entity that isn’t a physical, tangible thing.

And it’s important to remember that consciousness continues in our sleep, as dreams.

For a much-celebrated overview of consciousness – and its maddening difficulties – check out this TED talk (below) from philosopher David Chalmers who explains the “hard problem” of consciousness.

Or check out this neat explainer.

Dr Saalmann’s research experiment might have implications for our understanding of human consciousness – at least in terms of its mechanics – but his focus is on the process of waking and sleeping, and how to manipulate that process.

This takes us a step closer to understanding how anaesthesia works – because that’s a mystery too.

By the way, consciousness – our experience the world – remains in train even when we’re knocked out in surgery.

So what did the researchers find?

According to a statement from Wisconsin University, Dr Saalmann’s lab focused its attention on a spot deep in the core of the brain called the central lateral thalamus.

Lesions in that area of the human brain are linked to severe consciousness disruption like coma.

To manipulate consciousness, using mild electrical stimulation, they attempted to match the frequency of central lateral thalamus activity during wakefulness.

This involved “precisely stimulating multiple sites simultaneously as little as 200 millionths of a metre apart and applied bursts of electricity 50 times per second” – this proved to work “like a switch” to bring the brain in and out of anaesthesia.

“A millimetre out of position, and you dramatically reduce the effect,” said graduate student Michelle Redinbaugh, first author of the study.

And if you’re in that ideal location, but stimulating at two Hertz instead of 50? Nothing happens.

“This is very location and frequency-specific.”

The activity in the central lateral thalamus was coupled with recordings of activity in the outer folds of the brain, called the cortex, also believed to be key to consciousness.

By watching signalling, as the monkeys moved from unconscious to conscious states, the researchers saw the central lateral thalamus stimulating parts of the cortex.

In turn, the cortex influenced the central lateral thalamus to keep it active.

“So, you have this loop between the deeper layers of the cortex and the central lateral thalamus, which in a sense acts like an engine,” Dr Saalmann said.

We can now point to crucial parts of the brain that keep this engine running and drive changes in the cerebral cortex that affect your awareness, the richness of your conscious experience.”

And this is good news, why?

In a statement from the Cell Press, Ms Redinbaugh said: “The overriding motivation of this research is to help people with disorders of consciousness to live better lives.

“We have to start by understanding the minimum mechanism that is necessary or sufficient for consciousness, so that the correct part of the brain can be targeted clinically.”

She said it was possible “we may be able to use these kinds of deep brain-stimulating electrodes to bring people out of comas. Our findings may also be useful for developing new ways to monitor patients under clinical anaesthesia, to make sure they are safely unconscious”.

‘Engine room of consciousness’: Scientists have found the ‘on’ switch in primate brains