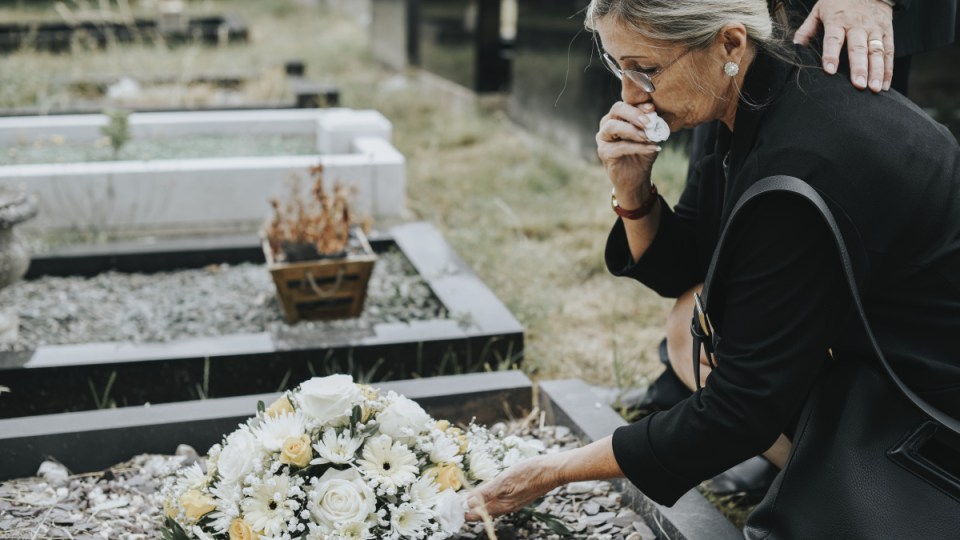 Decades after losing a child the grief remains. Photo: Getty

Grief can quite literally break your heart, with the risk of heart attack increasing during early bereavement, especially if the lost person is a spouse or child.

Now, a world-first Australian study has revealed that common medication can be used to reduce that risk – and it’s simple as an aspirin and a beta blocker.

One day, the discovery could even change the way emergency services respond en masse to people affected by natural disasters, one expert tipped.

To find out just how much impact, if any, the combination of medications could have on mitigating the risks of a heart attack in a grieving person, the research team enrolled 85 Australians (spouses or parents) who had just suffered the loss of a loved one.

Half of the group were given the medication combination, and half were given a placebo.

It’s important to note that before the human trial began, the team – from the University of Sydney, Royal North Shore Hospital and the Kolling Institute – made sure the medications wouldn’t have an adverse effect on the participant’s grieving process or mental health.

“(It’s) one of the most stressful experiences to which almost every human is exposed,” Professor Tofler said in a statement.

“The increased risk of heart attack can last up to six months. It is highest in the first days following bereavement and remains at four times the risk between seven days to one month after the loss.”

The 85 participants were brought in for the trial within two weeks of their loss.

Of those who were given the medication, they had one low dose daily, for six weeks.

Their heart rate and blood pressure were monitored, and they were tested regularly for blood clots.

They also checked in on their patients’ mental health and grieving process.

What they found was encouraging: The beta blocker and aspirin combo successfully reduced spikes in blood pressure and heart rate.

“… As well as demonstrating some positive change in blood clotting tendency,” Professor Tofler said of the dosage.

The research team was pleased to see the effects continue past the six weeks.

“We were reassured that the medication had no adverse effect on the psychological responses, and indeed lessened symptoms of anxiety and depression,” Professor Tofler said.

“Encouragingly, and to our surprise, reduced levels of anxiety and blood pressure persisted even after stopping the six weeks of daily beta blocker and aspirin.”

It’s early days, and there will be more testing required before such a treatment is routinely prescribed.

But it does hold promise.

Co-investigator Associate Professor Tom Buckley, of the University of Sydney, said the combination has been used in the past to reduce the long-term risk of heart attacks, but this is the first time it’s been used in a short-term environment.

“Future studies are needed to assess if these medications could be used for other short periods of severe emotional stress, such as after natural disasters or mass bereavement where currently there are no guidelines to inform clinicians,” Associate Professor Buckley said.

The research was published in the American Heart Journal this month and the study was funded by Heart Research Australia.

Heartbreaker: Grief kills, but this common medication can lower the risk