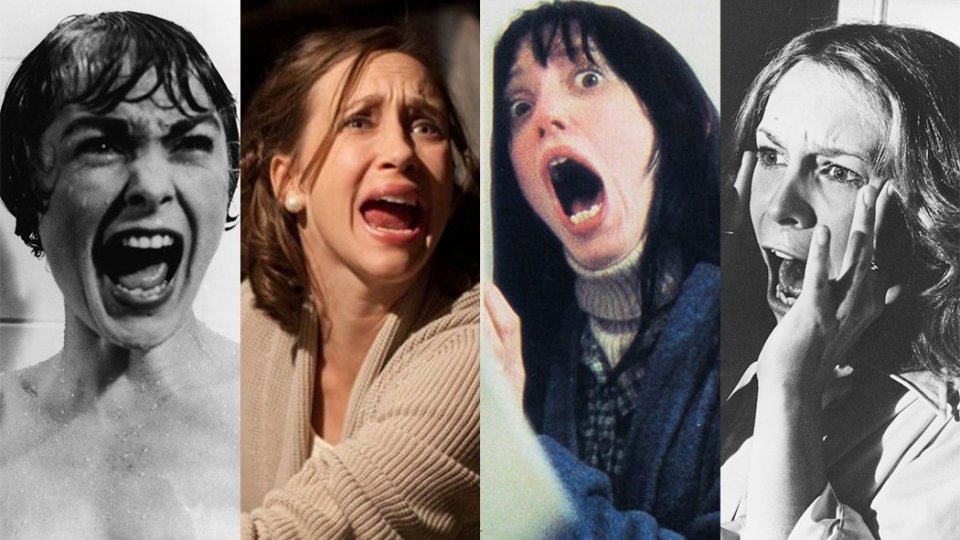 Tearing your hair out at the movies? It's preparing you for the apocalypse.

Researchers have long understood there is a biological point to watching horror movies, beyond testing the washability of our underwear – but a new study finds the thrills are more potent when the setting of the movie is truer to life.

Via a series of experiments, in which volunteers watched horror movies while their brans were scanned, Finnish scientists investigated how the brain shifts from processing those creepy feelings of anticipation to sparking up in the heart-attack moments that accompany the sudden appearance of the ghost, the monster or the deranged human.

But they also found that horror movies served as a tool to encourage sociability – presumably much the same way the bona fide terrors of the ancient plains encouraged early humans to band together.

Is there really such a thing as horror-movie research?

Although some scientists are taken up with the challenge of climate change and viral pandemics, a small subset of researchers tackle questions that run a little deeper: Why do we pay good money to be frightened in a world that’s already scary?

Short answer: We dig the thrills and are possibly provided with a safe way of exploring morbid taboos and facing our fears.

More complex answer: Our primal processes are getting a workout. Some of this research can seem a bit obscure.

A 2012 study found that the dissonant, distorted music that often accompanies a scary scene in a film is so evocative and affecting because the mechanisms at work are closely related to distress calls in animals.

A 2016 study found that the chemical composition of the air in a cinema – the amount of carbon dioxide and organic chemical expelled by patrons – changes with the mood of different scenes.

And sometimes the research uses an accepted social mechanism that occurs in a horror movie screening to explain unusual behaviour in the animal world.

A 2011 study observed that “using a horror film to bring your date closer is a classic move in the teenage playbook”.

The study of Australian birds found that “other animals use the same ‘scary movie effect’ to attract female attention, by hitchhiking mating signals onto the calls of predators”.

But how do horror movies work?

The new study, from Finnish researchers, was two-pronged: A sample survey found 72 per cent of participants reported watching at least one horror movie every six months, and the reasons for doing so, “besides the feelings of fear and anxiety, was primarily that of excitement”.

The paper doesn’t reveal the age of the participants, except to say that “subjects were recruited from the University of Turku and surrounding community” and that “no participants had a history of neuropsychiatric symptoms or medication”.

So they were presumably young and stable.

The study reported that movies in which the horror “was psychological in nature and based on real events were the scariest, and the participants were far more scared by things that were unseen or implied rather than what they could actually see”.

Slasher movies, monsters, sci-fi horror and gothic horror were at the bottom of the list for supplying thrills.

In other words, the stories that are in a real-life setting but kinked with threat – especially unseen, ambiguous supernatural threat – is what people find most thrilling.

What the brain is up to

There are two types on fear that people experience, said principal investigator, Professor Lauri Nummenmaa from Turku PET Centre, in a prepared statement.

“The creeping foreboding dread that occurs when one feels that something isn’t quite right, and the instinctive response we have to the sudden appearance of a monster that make us jump out of our skin.”

Researchers wanted to know how the brain copes with fear in response to this complicated and ever-changing environment.

That is, how the brain shifts from processing creeping anxiety to a sudden horrified jolt.

For this, the study participants watched a horror movie while their neural activity was measured in a magnetic resonance imaging scanner.

The researchers found that during those times when anxiety was slowly increasing, regions of the brain involved in visual and auditory perception become more active, as the need to attend for cues of threat in the environment become more important.

“Therefore, our brains are continuously anticipating and preparing us for action in response to threat, and horror movies exploit this expertly to enhance our excitement,” the researchers concluded.

Scream your heart out and pass the popcorn: What horror movies do to your brain