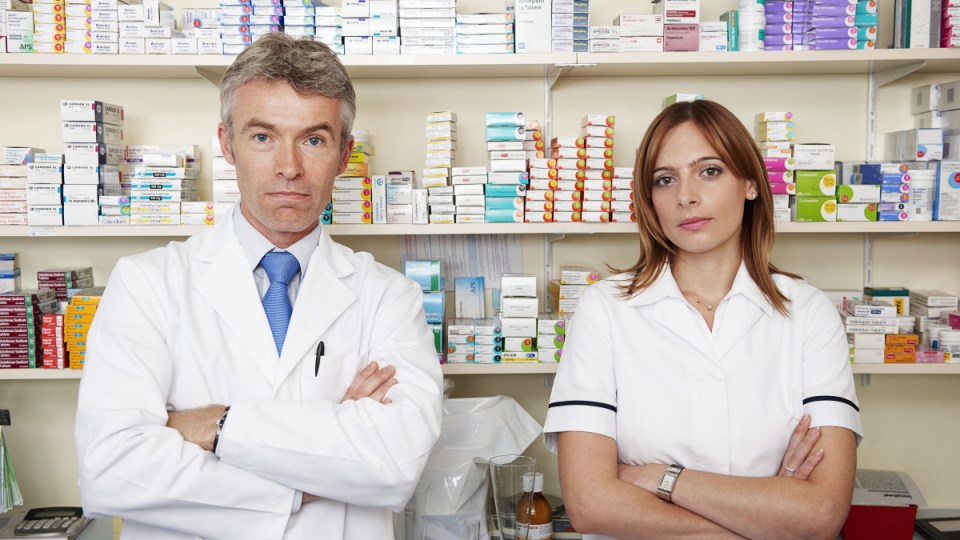 The Pharmacy Guild of Australia has a history of successfully sinking policies that threaten its cash flow. Photo: Getty

The Pharmacy Guild of Australia donated more than $770,000 to political parties last financial year, ahead of the federal election – and ahead of the largely secret but sometimes volatile negotiations over the new Community Pharmacy Agreement that is due to come into effect in July.

The big political spend – more than triple the donations made in previous years – also comes at a time when pharmacists are looking to further push into primary care, despite opposition from doctors.

Last week,The New Daily reported that Queensland is just weeks away from allowing pharmacists to prescribe antibiotics for urinary tract infections, a move that doctors have called irresponsible because of the growing catastrophe of microbial resistance.

The Community Pharmacy Agreement – renegotiated every five years – determines how much money pharmacies are paid for dispensing medicines listed on the Pharmaceutical Benefits Scheme (PBS), and the sorts of services that can be accessed at the pharmacy.

The sixth agreement, set to expire in June, was worth $18.9 billion dollars to community pharmacies.

According to a piece at The Conversation, which explains why the Pharmacy Guild “wields so much power”, and details policies it has subverted – the new agreement is expected to be worth $20 billion over the next five years.

The guild isn’t the professional body for pharmacists – that’s the Pharmaceutical Society of Australia. The guild is a straight-up lobby group representing the financial interests of pharmacy owners.

It has a successful history of riding herd on emerging policies that would have benefited consumers, but eaten into member profits. For this reason it is sometimes referred to as the most powerful lobby group in Australia.

So what’s with the political donations?

The $773,800 donated by the guild to political parties in the last financial year was significantly higher than in previous years. Most of the money (more than $590,000) was a loser bet, going to the Labor Party, which was expected to win.

Two months out from the election – and directly addressing the new round of negotiations – guild president George Tambassis wrote to his members, declaring the guild wanted veto power over any government health policy that might affect pharmacies.

Mr Tambassis said the guild wanted “an express commitment that where, during the term of the seventh agreement, the Australian government proposes a health-related reform that may impact community pharmacy, any decision to proceed must be with written agreement of the guild”.

At the same time, the guild took out full-page ads in newspapers “to remind the government, ahead of the Federal Budget being handed down next week, that community pharmacy needs the government’s support”.

Why the foot stamping?

As outlined by Australian Doctor, this muscle-flexing was part of the guild’s response to murmurs that health ministers “were planning to allow patients to collect two months’ of prescription medicines per pharmacy visit rather than one.”

The proposal – from the Pharmaceutical Benefits Advisory Committee – would have benefited patients with stable, chronic conditions such as high cholesterol, high blood pressure and glaucoma.

The guild’s Mr Tambassis complained that the government “intended to implement this measure without any consultation whatsoever with the guild”. Describing the policy as “catastrophic”, he warned such a move would lead to many lost jobs and drive pharmacies “to the wall”.

The wash-up? What appeared to be, on the face of it, a modest, sensible proposal has been put on hold.

Six months later, with the Coalition still in power, in a Sydney Morning Herald report, former chief of the Australian Competition and Consumer Commission Graeme Samuel accused governments of bowing to the Pharmacy Guild’s “political blackmail” at the expense of consumers, “calling for deregulation to open the sector to competition and deliver cheaper medicines.”

How much are we being slugged?

A 2017 report from Dr Stephen Duckett at The Grattan Institute concluded that Australia was paying $500 million a year too much for medications.

Dr Duckett wrote: “Australians on average pay five times the best international price for a group of seven commonly prescribed drugs. The price of the cholesterol medicine atorvastatin (Lipitor), the most prescribed drug in Australia, is about 1.5 times the best international price. In Australia, a box of 30 1mg tables of the breast cancer drug anastrozole (Arimidex) costs $19.20. In the UK it is just $2.45.

“The high price doesn’t just hit Australians in the hip pocket, it harms their health: in the past 12 months about 8 per cent of Australians didn’t get, or deferred getting, prescribed drugs because they couldn’t afford them.”

What the opposing parties say

In emails, the Australian Medical Association and Royal Australian College of General Practitioners – both groups bitterly opposed to the Queensland antibiotic trial – confirmed to The New Daily that they do not give political donations.

“We recognise that political donations create conflicts of interest. It is critical for the health of Australians and for our world-class healthcare system that our nation’s health policy is evidence based, and free from vested interests fuelled by political donations.

“We are deeply concerned that political donations can be used as a sweetener to push through policy changes that put financial gains ahead of patient care and safety.”

A statement from Greg Turnbull, for the Pharmacy Guild, said the guild “disputes the Duckett analysis. The PBS is the best subsidised medicine scheme in the world, delivering exceptional value to patients and to taxpayers.”

He said: “The Pharmacy Guild does not have a ‘strategy to protect pharmacy profits ahead of consumer interests’ as you so prejudicially put it.

“As for Graeme Samuel’s talk about cheaper medicines. The PBS price disclosure mechanism has delivered cheaper medicines for Australians for more than a decade. Currently a concession cardholder in Australia can be dispensed, for example, a $15,000 life-saving Hep C medicine for $6.50. How much cheaper does Graeme Samuel want that to be?”

Mr Turnbull declined to answer why the guild had tripled its political donations.