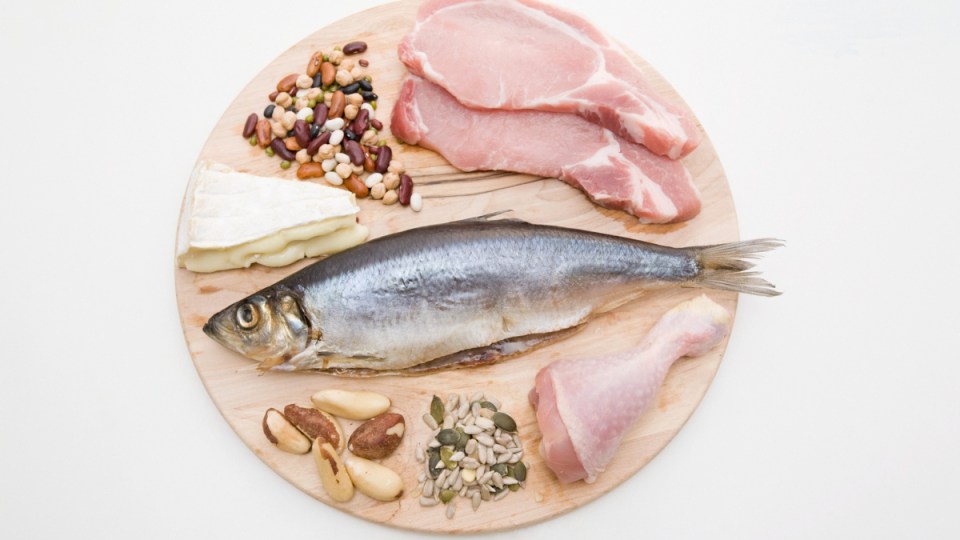 From chicken to chickpeas, the type of protein you choose to eat has health implications. Photo: Getty

Regular meat consumption increases your risk of heart disease and death, a study of nearly 30,000 people has revealed, with health experts urging people to instead eat more fish or plant-based protein.

Researchers from Cornell University investigated the association between eating processed meat, unprocessed red meat, poultry or fish, and the risk of heart disease, stroke, and death from all causes, with the findings published in the Journal of the American Medical Association (JAMA) on Tuesday.

The researchers pooled the dietary intake and health outcome data from six US studies that tracked 29,682 men and women for up to 30 years.

During that period there were 6963 heart events (fatal and non-fatal coronary heart disease, stroke, heart failure, and other heart disease) and 8875 deaths from all causes.

Regular consumption of processed meat, fresh red meat and poultry was found to slightly increase people’s risk of heart disease, while fish did not.

Eating meat of any kind (fresh or processed) was associated with an increased risk of death from any cause, while poultry and fish was not.

“Of the almost 7000 cardiovascular events, the researchers found that two versus zero servings of processed meat per week led to a robust significant 7 per cent increase in risk of one of these, whereas for unprocessed red meat risk increase was 3 per cent, and for poultry was 4 per cent, although whether the chicken was fried or not was not examined,” University of Sydney School of Medical Sciences Emeritus Professor Brian Morris explained.

“As for mortality risk, for each additional two servings of processed or unprocessed red meat there was a statistically significant 3 per cent increase in risk, whereas no increase in risk of death was seen for poultry or fish.”

Nutritionist Rosemary Stanton said the results are “in keeping with other studies”, but the “overall increased risks were small and in studies such as this, a single picture of what someone reports eating ignores the fact that many people change their diet over the years”.

“Cooking methods were also ignored, a possible problem for chicken which may be fried in a variety of fats, another factor that may also change over time,” Dr Stanton said.

“The take-home message from this large and long-term analysis is that no single food is going to determine the overall healthiness of your diet or your subsequent health,” she said.

“For heart health, fish and seafood impose no apparent risk. This all fits with existing dietary guidelines.”

You can reduce your meat intake by extending or replacing it with legumes (lentils, chickpeas and dried beans),’’ Professor Collins said.

Dietitian, nutritionist and University of Sydney researcher Alan Barclay said that while the results of the study were “interesting”, they “do not constitute high-quality scientific evidence”.

“Future epidemiological research should at the very least assess dietary intakes every five years, and include cooking methods of core foods like meat, poultry and fish.”

Dr Barclay warned that many Australians eat too much protein, which “like all nutrients … can lead to weight gain and associated consequences”.

Moderating intakes may be a worthwhile aim for many individuals and may have some environmental benefits,’’ Dr Barclay said.

“A diet composed of minimally processed vegetables, fruits and whole grains, for example, helps reduce the risk of cardiovascular disease.”