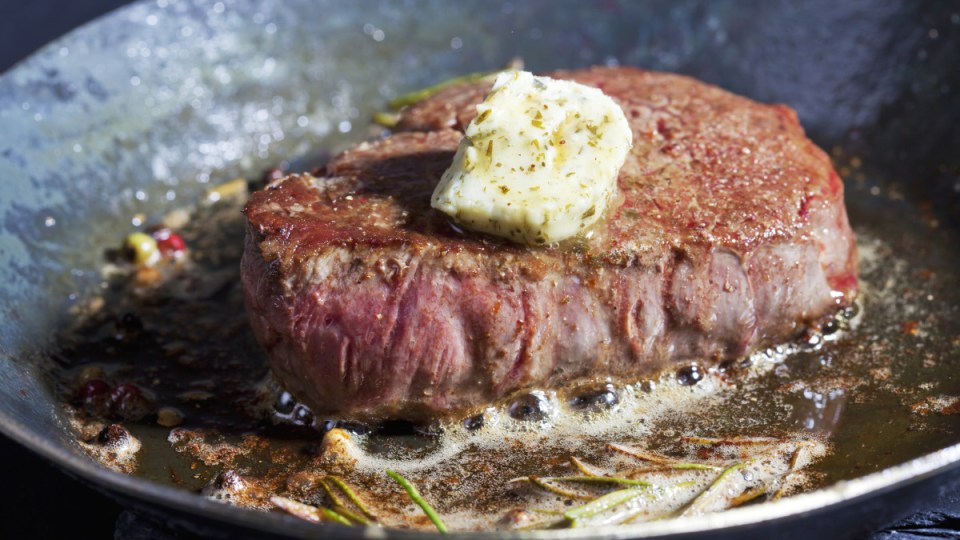 Hold the butter with both hands, as you'll be eating a lot of fat on the keto diet. Photo: Getty

That is, for about a week. The researchers demonstrated a reduction in blood sugar levels and inflammation in mouse models over seven days.

Beyond that, negative effects begin to accumulate: the high fat diet leads to more fat being consumed than can be burnt as fuel.

The net result: obesity and diabetes.

On that basis, you can conclude that a sustained keto diet gives with one hand, and takes away with the other.

The more useful take-away is that week-long bursts of a keto diet can serve as a blood sugar and weight loss re-setting mechanism – while maintaining a less extreme, and more balanced diet such as the Mediterranean for most of the time is better for overall health.

As the researchers explain it in a prepared statement: “The results offer early indications that the keto diet could, over limited time periods, improve human health by lowering diabetes risk and inflammation.

“They also represent an important first step toward possible clinical trials in humans.”

Indeed, the prime complaint with the Yale research is that this is an animal study.

Human trials that look at the basic questions of the benefits and deficits of the diet – as opposed to a great many observational studies – are wildly overdue.

There are in fact 85 clinical trials listed at the US National Library clinicaltrials.gov – but they’re largely focused on the diet’s impact on conditions such as polycystic ovary syndrome, brain tumours in children, obesity hypoventilation syndrome and alcoholism.

How does the keto diet work?

The ketogenic diet has been used since the 1920s for the treatment of epilepsy, notably for children with hard to control seizures.

In recent years, the diet has become been a celebrity-favoured approach to weight loss and well being. Gwyneth Paltrow, LeBron James, and Kim Kardashian are leading advocates.

The keto diet is reportedly the most popular US diet, with an April 2019 study suggesting “a ketogenic diet could prove useful in the military, where obesity is an ongoing challenge, both in terms of recruiting soldiers and keeping them fit for service.”

The diet is commonly said to “trick” the body into burning fat: when the body’s glucose level is reduced due to the diet’s low carbohydrate intake, the body responds as if it’s being starved and begins burning fats instead of carbohydrates.

As the Yale authors note: “Ketone bodies are essential alternative fuels that allow humans to survive periods of glucose scarcity induced by starvation and prolonged exercise.”

The Yale scientists found “the positive and negative effects of the diet both relate to immune cells called gamma delta T-cells, tissue-protective cells that lower diabetes risk and inflammation…

This is what reduces diabetes risk and inflammation, and improves the body’s metabolism, said lead author Vishwa Deep Dixit of the Yale School of Medicine, the Waldemar Von Zedtwitz Professor of Comparative Medicine and of Immunobiology.

After a week on the keto diet, said Dr Dixit, mice showed a reduction in blood sugar levels and inflammation.

But when the body is in this “starving-not-starving” mode, fat storage is also happening simultaneously with fat breakdown, the researchers found.

When mice continue to eat the high-fat, low-carb diet beyond one week, Dr Dixit said, they consume more fat than they can burn, and develop diabetes and obesity – because they lose the protective gamma delta T-cells in the fat.

“Before such a diet can be prescribed, a large clinical trial in controlled conditions is necessary to understand the mechanism behind metabolic and immunological benefits or any potential harm to individuals who are overweight and pre-diabetic,” Dr Dixit said.

What do dietitians day?

It’s also worth noting, according to the prepared Yale statement, the keto diet in the study consisted of 99 percent of calories from fat and only one per cent from carbohydrates.

In a CHOICE review of the diet, Professor Clare Collins, an accredited practising dietitian and spokesperson for the Dietitians Association of Australia, said the “classical” ketogenic diet has a ratio of 4g of fat to 1g of combined carbohydrates and protein.

“So basically it’s 85 to 90 per cent fat, [which] isn’t a palatable or exciting diet, as you can imagine, due to the massive restriction in types and quantities of foods that contain carbohydrates, including breads and cereals, fruit, some vegetables and even dairy products.”

Professor Collins advised that the ketogenic diet shouldn’t be adopted without the supervision of a doctor and dietitian.

The findings could explain “why colorectal cancer, which can take decades to develop, is being seen in younger people growing up at a time when higher-fat diets are common.”

The keto diet limits carbohydrates to just 20 to 50g a day.

Keto diet great for a week, then trouble sets in: Yale study