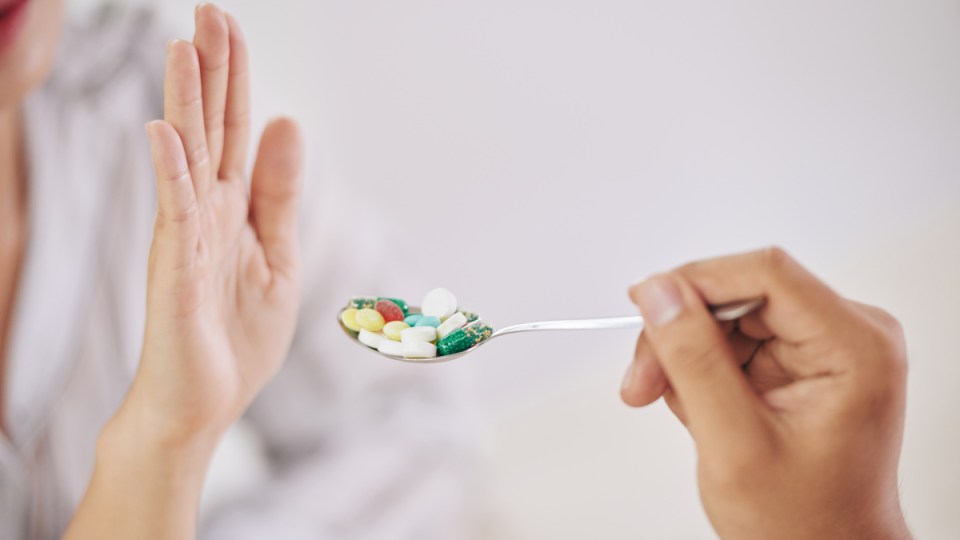 Australia doctors might be prohibited from writing repeat prescriptions for antibiotics as a federal government initiative. Photo: Getty

The world is at risk of losing effective antibiotics altogether, as Big Pharmas abandon the expensive pursuit of developing new strains of the drug, leaving the global population at the mercy of previously treatable diseases.

The World Health Organisation (WHO) this week warned “declining private investment and lack of innovation in the development of new antibiotics are undermining efforts to combat drug-resistant infections”.

WHO noted that only government intervention might save the day – which puts the challenge of lethal, unstoppable microbial outbreaks in the same camp as climate change.

Hence, this dry announcement contains a whole world of woe.

Where is Big Pharma in all this?

The situation is this: Big Pharma companies are abandoning development of new generation antibiotics – desperately needed to replace drugs made ineffective because of microbial resistance.

The perverse reason: there’s no real money in it. It costs billions to develop new strains – much of that is soaked up by repeated failures.

Once a new drug hits the market, hospitals can’t afford to pay for them.

Antibiotics – ordinarily taken over a number of days – aren’t money-spinners like cancer drugs, and treatments for chronic ailments like arthritis. Smaller companies that have stepped into the breach are going bankrupt – discouraging further research and development.

Then there is this awkward reality (as established in two new WHO reports, here and here): the 60 products in development “bring little benefit over existing treatments and very few target the most critical resistant bacteria (Gram-negative bacteria).” 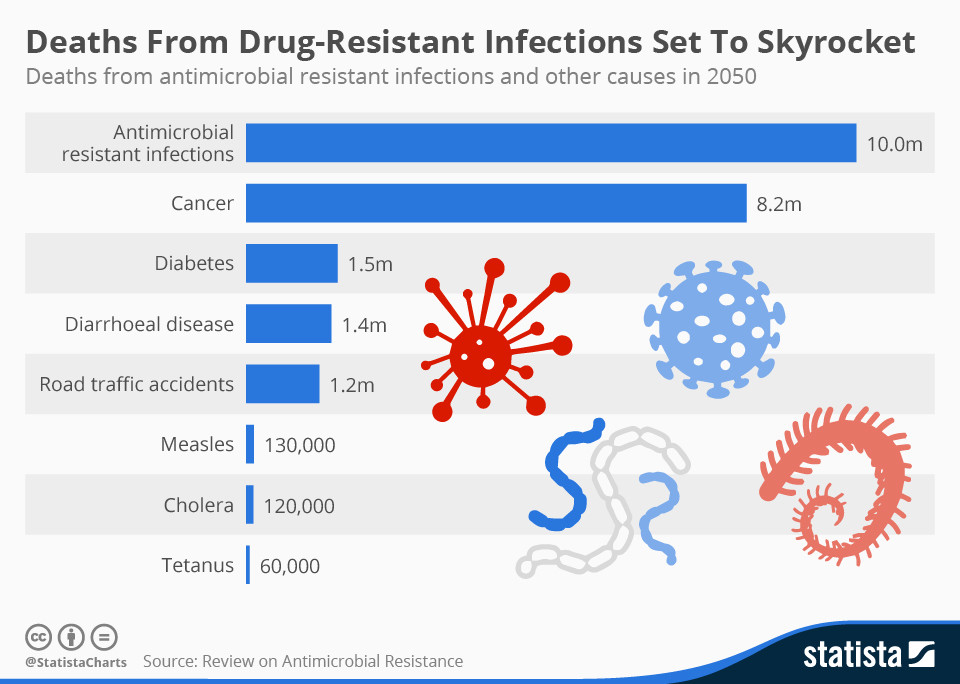 While there are pre-clinical drugs (those in early stage testing) that appear to be more innovative, “it will take years before they reach patients.”

The reports also found that research and development for antibiotics is “primarily driven by small- or medium-sized enterprises with large pharmaceutical companies continuing to exit the field.”

Start-ups fail to go the distance

But as a disturbing December report in The New York Times disclosed: “Antibiotic start-ups… have gone belly up in recent months, pharmaceutical behemoths like Novartis and Allergan have abandoned the sector and many of the remaining American antibiotic companies are teetering toward insolvency.

“Experts say the grim financial outlook for the few companies still committed to antibiotic research is driving away investors and threatening to strangle the development of new lifesaving drugs at a time when they are urgently needed.”

Meanwhile, in April, a “groundbreaking report” from the UN laid out the following:

What’s the way out of this mess?

The UN report notes the issues are complex “but not insurmountable” – and perhaps not even that economically costly if a longer-term view was taken by government:

“Never has the threat of antimicrobial resistance been more immediate and the need for solutions more urgent,” says Dr Tedros Adhanom Ghebreyesus, Director-General of WHO.

“Numerous initiatives are underway to reduce resistance, but we also need countries and the pharmaceutical industry to step up and contribute with sustainable funding and innovative new medicines.”

When the UN report was released, the ABC reported: “In Australia it’s taken the government six years to respond to a senate committee into the issue, and it’s acting on few of the recommendations.”

The prime unanimous recommendation was the establishment of an independent coordinating centre. The federal government rejected the recommendation, keeping the issue under its slow-moving purview.

In the report, Professor Lindsay Grayson, Department of Medicine, University of Melbourne, said: “We’re not talking about spending a lot of money here… we’re talking about the coordination of the existing structures has not been implemented and not been supported. it’s just frustrating. You just despair after a while as to what’s going on.”

In June, The Australian reported that doctors could be prevented from prescribing repeats of antibiotics as authorities consider “radical plans” to contain the dangerous spread of superbugs.

“With limited progress so far on containing the threat, health ­professionals have been put on ­notice that government intervention is now likely – and may extend to the fields of agriculture and environment,” The Australian reported.

Read the government’s response to the issue here.