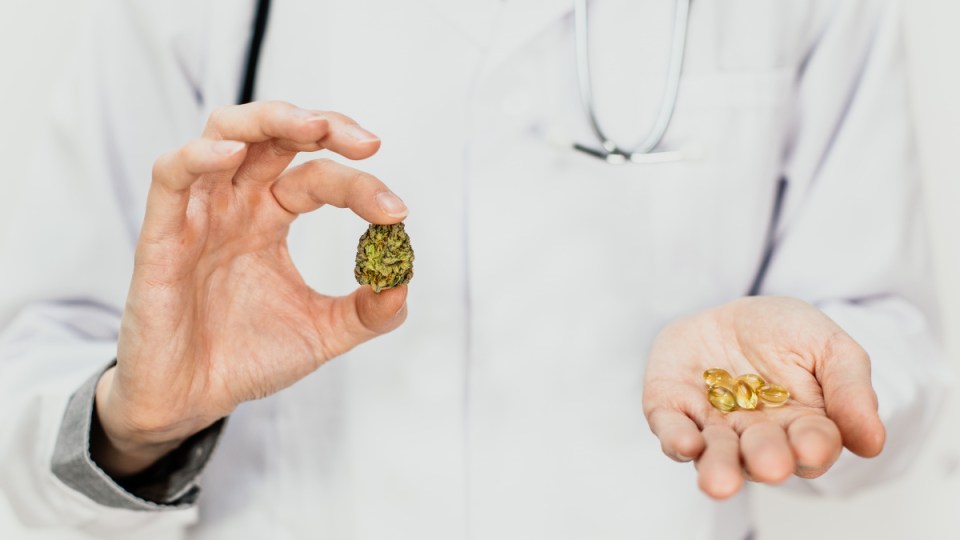 More than 25,000 prescriptions for medical cannabis were approved in Australia in 2019. Photo: Getty

The doctor-dope drought has broken.

In May, The New Daily reported on a study that found few Australian doctors had the confidence and knowledge to prescribe the drug.

In 2019, the TGA granted 25,182 applications from doctors to prescribe the drugs, largely in the form of an oil.

This represented a more than 10-fold increase on the previous year.

Most of those prescriptions were for chronic pain, and nearly half of them (10,000) were prescribed in the last three months of the year.

If the prescription rate was to stabilise, more than 50,000 prescriptions will be written in 2020. 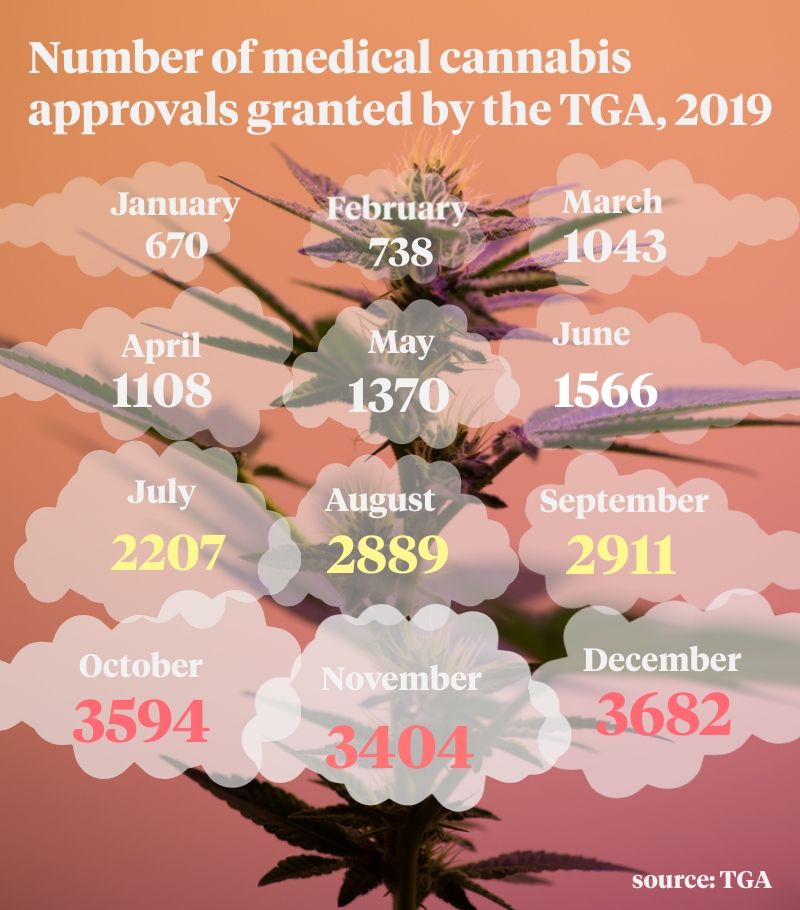 According to a report in Australian Doctor, medical cannabis was also prescribed for seizure management and epilepsy, psychological conditions – including anxiety, anorexia, insomnia and post-traumatic stress disorder – and multiple sclerosis and other movement disorders.

How and where did the budding industry take off?

From early 2018, patients were able to legally imported cannabis products through the TGA’s Special Access Scheme, with the idea that cancer patients, or those in palliative care, would be the main users.

But patients and doctors complained the process was time-consuming and complex to navigate.

The numbers seemed to bear this out: By the end of March 2018, only 91 applications had been approved.

GPs were also allowed to clone scripts they had already written.

From the start of December, prescribers have been able to become authorised prescribers, subject to an application process.

Approval-rate for prescriptions went from more than a week to a few hours.

According to the TGA, 40 per cent of the applications came from doctors based in Queensland, which has a large retiree population.

About 25 per cent of the applications came from NSW, and 20 per cent from Victoria.

She is a Melbourne-based specialist GP, and became the first doctor authorised to prescribe medical cannabis under the new system in May 2018.

Associate Professor Kotsirilos told Australian Doctor that she was surprised by the growth in approvals, but said it was partly driven by patient demand.

“There’s greater awareness, and more education available since 2016, which has made it easier for GPs to obtain a permit. And it may be an alternative that doctors are resorting to instead of opioid prescribing,” she reportedly said.

How high will the numbers go?

FreshLeaf Analytics is a consultancy group for the medical cannabis industry.

In September it published a report that noted: “Towards the end of 2018, the Australian medicinal cannabis market had its ‘hockey stick’ moment where approvals started to trend upwards rapidly.

“This trend has continued unabated through the third quarter of 2019, with July alone seeing 40 per cent growth month on month.”

As of September, according to FreshLeaf, there were 76 products on the Australian market, costing patients between $5 and $10 per day on average.

Patients with epilepsy, however, were spending up to $50 per day on their medication, the company said.

On its website, the company advises potential industry players that there are an estimated five million Australians suffering from chronic pain – and “an estimated 150,000 people using medicinal cannabis illegally to self-medicate”.

FreshLeaf says the market for legal products is estimated at more than $1 billion per year.

Medicinal cannabis prescriptions at an all-time high in Australia