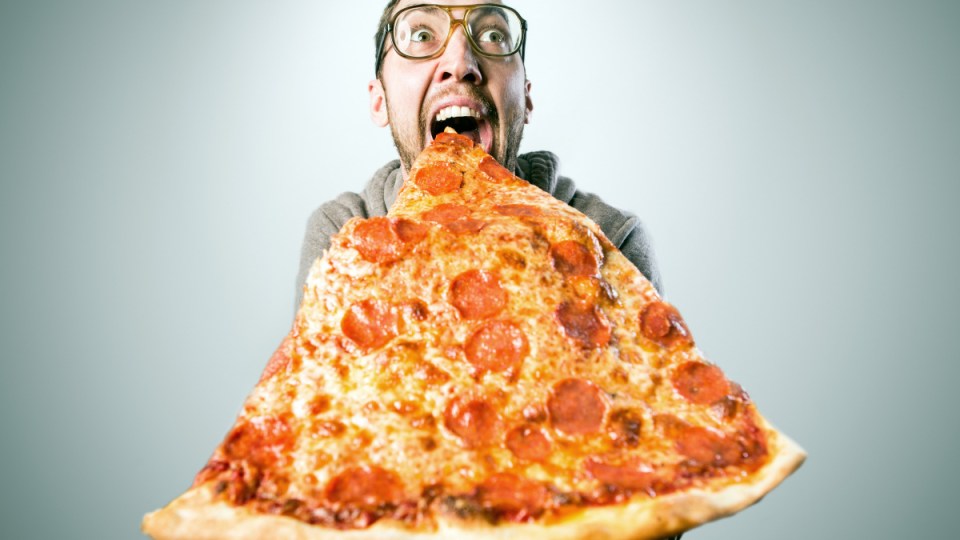 Next time you're accused of being a greedy guts, simply say your brain is wired for gluttony. Photo: Getty

Here’s a late Christmas present for those of you who couldn’t say no to an extra slab of pudding, even though you were trawling your fingers through the gravy boat at the time.

Science can explain why you just can’t say no, which is the best excuse for just about anything.

Researchers from a consortium of US universities – including the University of Georgia (UGA), University of Southern California and Michigan State University – have discovered a circuit in the brain that is linked to food impulsivity.

Can it be cured?

As the researchers note, impulsivity, or “responding without thinking about the consequences of an action”, has been linked to excessive food intake, binge eating, weight gain and obesity, along with several psychiatric disorders including drug addiction and excessive gambling.

The US team believe it has found a specific circuit in the brain that alters food impulsivity – and were able to experimentally alter the circuit’s behaviour – “creating the possibility scientists can someday develop therapeutics to address overeating”.

“There’s underlying physiology in your brain that is regulating your capacity to say no to (impulsive eating),” said Dr Emily Noble, an assistant professor in the UGA College of Family and Consumer Sciences who served as lead author on the paper.

“In experimental models, you can activate that circuitry and get a specific behavioural response.”

According to a statement from the University of Georgia, the researchers used a rat model to investigate a subset of brain cells that produce a type of transmitter in the hypothalamus called melanin concentrating hormone (MCH).

While previous research has shown that elevating MCH levels in the brain can increase food intake, this study is the first to show that MCH also plays a role in impulsive behaviour, Dr Noble said.

“We found that when we activate the cells in the brain that produce MCH, animals become more impulsive in their behaviour around food,” Dr Noble said.

In their experiment, the researchers trained rats to press a lever to receive a “delicious, high-fat, high-sugar” pellet.

Researchers then used “advanced techniques” to activate a specific MCH neural pathway from the hypothalamus to the hippocampus, a part of the brain involved with learning and memory function.

The researchers found that MCH doesn’t affect how much the animals liked the food or how hard they were willing to work for the food.

Rather, the circuit acted on the animals’ inhibitory control, or their ability to stop themselves from trying to get the food.

In other words, despite the fact that rats have some complex learning ability, and under normal circumstances would have come to recognise that pressing the lever too soon would have worked against their interests (getting the food), they would have pressed the lever more frequently, governed by the impulse to consume more.

The brain tricks you into working against your interests

“Understanding that this circuit – which selectively affects food impulsivity – exists opens the door to the possibility that one day we might be able to develop therapeutics for overeating that help people stick to a diet without reducing normal appetite or making delicious foods less delicious.”

But, as we often point out at The New Daily, rat models don’t necessarily translate to humans.

We’ve noticed in reader comments – but also in what other news outlets tend to exclude from their health research coverage – scepticism that these experiments with animals might actually achieve something.

Our view is they might – and the more ideas that are explored, the more likely we are to find the answers to come of our more pressing problems.

Like how to eat six cream buns as a weight-control strategy.

Can’t resist another piece of chocolate? Science suggests the wiring of your brain is to blame