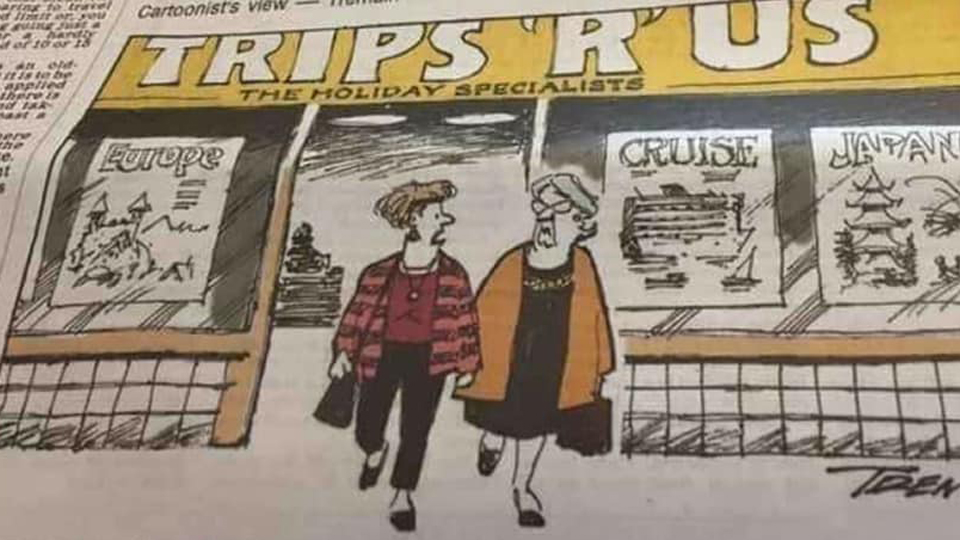 The drawing was published on Tuesday, and sparked an immediate backlash. Photo: Facebook

A New Zealand cartoonist has been stood down from his newspaper job after a drawing mocking the escalating measles epidemic that has killed 60 people in Samoa.

Garrick Tremain’s cartoon for the Otago Daily Times newspaper showed two people walking out of a travel agent, with one remarking that the least popular spots at the moment were those being picked up in Samoa.

The drawing sparked an immediate backlash when it was published on Tuesday – being labelled racist, heartless and insensitive.

It came as Samoa’s prime minister ordered a virtual shutdown of the Pacific Island nation to try to halt the spread of the deadly epidemic.

The number of Samoans to have caught measles has ticked over 4000 – meaning more than one in every 50 locals has contracted the virus – since the epidemic was declared in October.

The current death toll is 60 – although authorities warn it is almost certain to keep rising. Of the 60 dead, 52 are children under four.

Tremain at first defended his drawing as “a simple, light-hearted joke” – although he admitted he would not have drawn it if he had realised the Pacific nation’s measles epidemic was going to be “all over the paper”.

However, on Tuesday night, he posted an apology to his website, acknowledging his “lack of judgment”.

ODT editor Barry Stewart also apologised, saying “the content and the timing of the cartoon were insensitive”.

On Wednesday, Mr Stewart also met more than 40 protesters who had picketed the newspaper’s head office in Dunedin. He said the ODT would not print any of Tremain’s work while it worked through a “review process”.

“The content of the cartoon was insensitive, and I apologise without reservation for publishing it,” he said.

“I am fully aware these words do not go far enough to heal the hurt that we have caused, but I hope they go some way to showing how sorry we are.”

Samoa is reeling from the spread of the deadly measles virus. People have stopped reportedly stopped turning up for work, schools have closed and church services in the deeply religious nation have been cancelled.

This week, PM Tuilaepa Sailele Malielegaoi ordered residents to stay home on Thursday and Friday, and hang red cloths or flags outside their homes if they have family members who require vaccination.

All Samoan businesses and government services will close for two days to allow workers to carry out a “door-to-door mass vaccination campaign” in a last-gasp effort to improve immunity to the disease.

Only Samoa’s water authority and electric power corporation will be exempt from the two-day shutdown.

Mr Malielegaoi warned Samoans that “no traditional healers” could cure measles, and people should be wary of promises of alternative cures.

Some claim high doses of Vitamin A are an alternative to vaccination, but experts say that is not based on evidence and it cannot prevent infection.