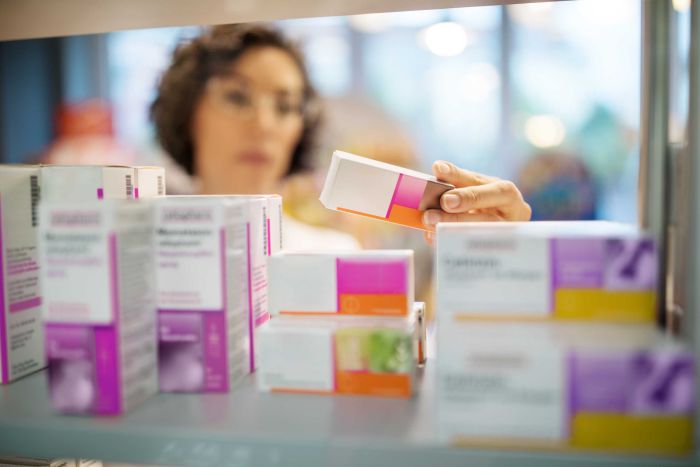 In Australia, medicine prices are negotiated between the government and pharmaceutical companies. Photo: Getty

If you take medication for several health issues, you may be surprised to find out Australia has some of the cheapest prescription drugs in the world.

A recent drug price index compared the cost of 13 common medications across 50 countries and found on average the prices were 25 per cent below the median global cost.

“I wasn’t surprised to see us the top of the list for affordability,” said Anna Kemp-Casey, research fellow at the University of South Australia who was not involved in the study.

“Our Commonwealth does a really good job of negotiating prices for things that go on the Pharmaceutical Benefits Scheme.”

In Australia, the vast majority of prescription drugs are subsidised by the Pharmaceutical Benefits Scheme (PBS), which aims to ensure people have access to affordable medication.

The price index, conducted by health care company Medbelle, found drugs were cheapest in Thailand, Kenya and Malaysia, while the US topped the list for having the most expensive pharmaceuticals.

“Mostly that’s to do with lack of regulation around pricing,” Dr Kemp-Casey said.

“It’s a free market in terms of manufacturers being able to charge what they like, which is not the case in Australia.”

Australia fared best (in terms of affordability) with cholesterol-lowering drug atorvastatin (brand name Lipitor), one of our most commonly prescribed medications, and sildenafil.

Other drugs identified as being significantly cheaper in Australia include antidepressant fluoxetine and pregabalin (marketed as Lyrica), which is widely used to treat epilepsy, fibromyalgia and anxiety.

There are, however, a handful of medicines the index found to be significantly more expensive in Australia than in other parts of the world, such as the sedative alprazolam (marketed as Xanax) and insulin glargine (branded Lantus), used to treat diabetes.

But Dr Kemp-Casey said the drugs found to be less affordable in Australia weren’t a cause for great concern, since they are either new (and so don’t have a cheaper generic version) or aren’t doctors’ first choice of treatment.

“Our ability to negotiate a low price with the manufacturers is much less than another country who is using [a drug] first line … because their market is much bigger,” she said.

“It makes sense to pay more for something we don’t want to use as much of.

“In terms of things we’d be expect people to be using a lot of in Australia … they are the very low-priced ones, and that makes sense.”

Generic drug prices in Australia were more than 36 per cent lower than the global median, while brand drug prices were 7 per cent cheaper, the index found.

While Australia fared well in the ranking, Dr Kemp-Casey said this index should be interpreted with some caution, as it only looks at 13 types of medicine.

“When you look at a larger range of generic medicines, things might come out a little differently,” she said.

In 2017 a Grattan Institute report found Australians were still paying too much for prescription drugs because of “loopholes” in PBS pricing policies.

Dr Kemp-Casey said the Australian system was largely affordable for people in good health, but those with chronic illness or multiple diseases found the cost of medicines prohibitive.

Under the PBS, the government subsidises the cost of medicine, so that general patients pay no more than $40.30 (for most PBS medicines), and concession card holders pay a maximum of $6.50.

“It’s not unusual for me to hear about someone who has 15 or 20 different medicines they take in a month,” she said.

“You multiply each one of those by $6.50, and you can start to see how things get very expensive for people, especially on low income.”

The PBS Safety Net is designed to protect patients (and their families) who require a large number of medicines in one calendar year by discounting or eliminating the cost of drugs once they reach a certain threshold.

But Dr Kemp-Casey said, unlike the Medicare Safety Net in which medical expenses are automatically recorded, patients using the PBS are required to keep track of their own spending.

“Unless you go to the same chemist every time … those records aren’t all kept in one place,” Dr Kemp-Casey said.

“So, a lot of people are probably eligible for the safety net who don’t actually get there … that causes extra hardship too.”

Medicine prices in Australia among the cheapest in the world, research shows