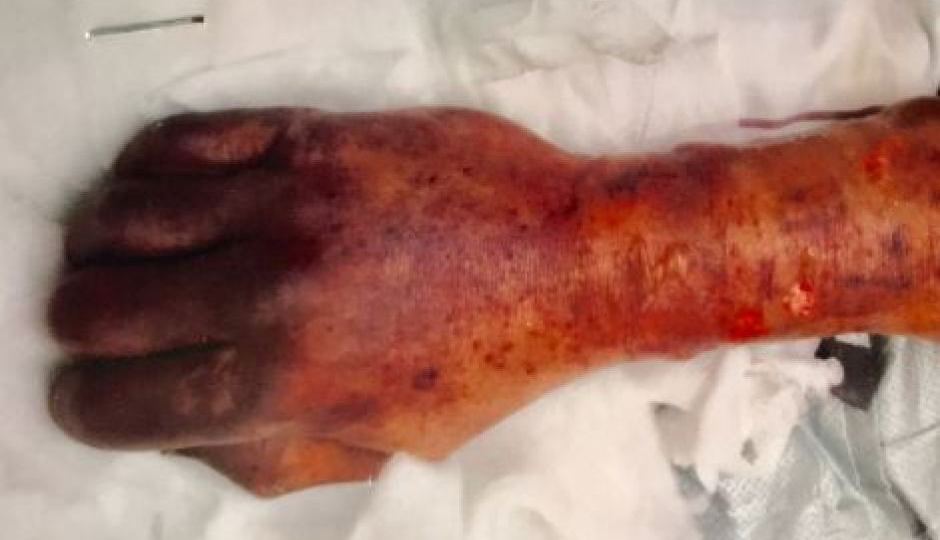 A 63-year-old man in Germany has died after his pet dog licked him and infected him with a bacterial infection.

Details of the rare case have been published in the European Journal of Case Reports in Internal Medicine, where it was revealed the unidentified man exhibited flu-like symptoms and later developed severe sepsis and purpura fulminans.

The acute disorder causes blood spots, bruising and discolouration of the skin as well as necrosis (the death of body tissue as a result of little blood flow).

“Pet owners with banal, for instance flu-like, symptoms should urgently seek medical advice when symptoms are unusual,” reads the paper, produced by doctors from the Red Cross Hospital in Bremen, Germany.

According to the report, the previously healthy man’s infection was caused by capnocytophaga canimorsus, a bacterium that is commonly found in the mouths of dogs and cats.

It is transmitted to humans only in rare cases.

The bacteria can be transmitted through an animal bite, but the man had not been bitten.

“He had been touched and licked, but not bitten or injured, by his dog, his only pet in previous weeks,” the report said.

“There was no hospitalisation or recent travel abroad.

“He did not have a headache, neck stiffness or other symptoms of meningitis.”

The man was treated in intensive care but his health continued to deteriorate and he died from multiple organ failure.

Despite days of antibiotic treatment, his signs of systemic infection persisted.

At one point his temperature reached 41 degrees Celsius.