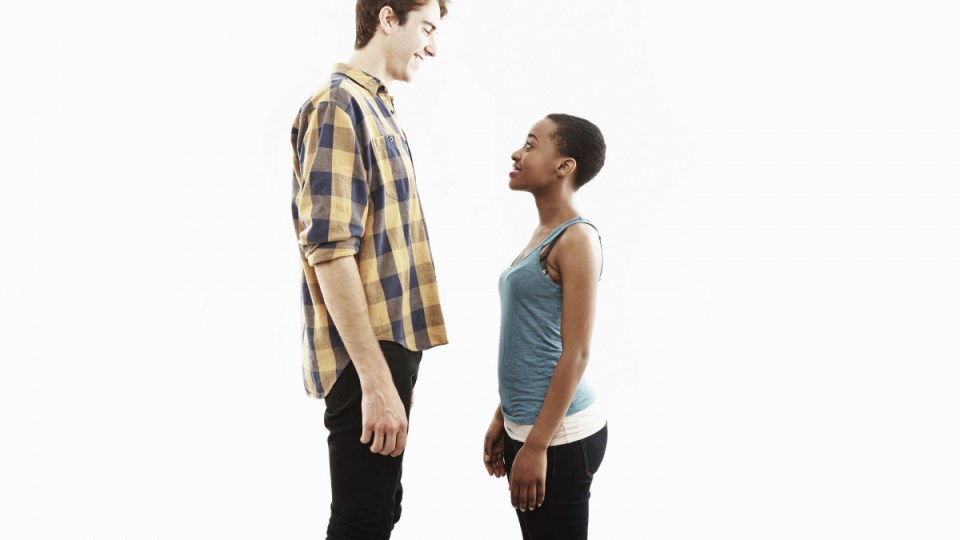 Tall people have a better view of the world but are at greater risk of cancer, atrial fibrillation and certain infections. Photo: Getty

The taller you are, the greater your risk of developing an irregular and often rapid heartbeat that can lead to stroke, heart failure and other complications.

The research, from the University of Pennsylvania School of Medicine, established a strong link between the genetic variants associated with height and one’s risk for atrial fibrillation (AF).

The researchers claim their study is the among the first to demonstrate that height may be a causal – not correlated or associated – risk factor for AF.

The findings were presented on Saturday at the American Heart Association’s 2019 Scientific Sessions in Philadelphia – and they are supported by previous research.

Inch by inch, the risk increases

Researchers found that the risk for AF climbed as one’s height increased.

Every 2.54 cm increase in height translates to about a three per cent increase in risk of AF – independent of other clinical factors – as compared to those at average height of 1.7 metres.

“Our findings suggest it may be beneficial to incorporate height into risk-prediction tools for (atrial fibrillation),” said the study’s lead author Dr Michael Levin, a Cardiovascular Medicine fellow at Penn.

“While current guidelines advise against widespread screening for (AF), our findings show that a certain group of patients – specifically, very tall patients – may benefit from screening.”

There are a number of clinical risk factors for developing AF, including high blood pressure, heart disease, diabetes and obesity.

Observational studies, examining population-level data, have found that taller individuals appear to have a higher risk of developing AF.

However, questions exist about whether height can cause AF, or if it’s just a common, insignificant factor.

The Penn team analysed data from the Genetic Investigation of Anthropometric Trials (GIANT) consortium, which studied more than 700,000 individuals to identify genetic variants associated with height.

They also examined data from the Atrial Fibrillation Genetics (AFGen) consortium, which studied more than 500,000 individuals to identify genetic variants associated with AF.

The authors employed a statistical method that uses genetics to precisely estimate the relationship between two traits.

Their analysis revealed that genetic variants associated with height were also strongly associated with AF, suggesting that increased height may be a cause of atrial fibrillation.

This relationship remained strong even after adjusting for traditional AF risk factors, like heart disease, high blood pressure and diabetes, among others.

Height has been found associated with other diseased. In 2016, German scientists found that taller people had a higher risks of cancers.

The authors, from the German Centre for Diabetes Research, suspected that the increase in body height is a marker of over-nutrition of high-calorie food rich in animal protein during different stages of growth – leading to an increased risk of certain cancers, especially breast cancer, colon cancer and melanoma because cell growth is permanently activated.”

However, the researchers found that taller people had a lower risk for cardiovascular disease and type 2 diabetes.

In 2018, University of California evolutionary biologist Leonard Nunney established that tall individuals are at an increased risk of cancer, with overall risk increasing by about 10 per cent per 10 cm increase in height.

Professor Nunney dismissed the theory that higher levels of nutrition are linked to cancer risk, and suggested a simpler theory: That tall people are more prone to cancer because they have more cells in their body.

“I tested the alternative hypothesis that height increases cell number and that having more cells directly increases cancer risk,” he said in a prepared statement at the time.

“The data strongly supported this simple hypothesis. For most cancers, the size of the height effect is predictable from the height-related increase in cell number.”

In 2013, researchers at National Jewish Health found that tall, thin women face a greater risk of infection with non-tuberculous mycobacteria, cousins of the organism that causes tuberculosis.

In 2015, tallness was associated with higher premature mortality risk and shorter life spans in patients on dialysis.

In 2018, Stanford researchers found that the taller you are, the more likely you are to develop varicose veins.