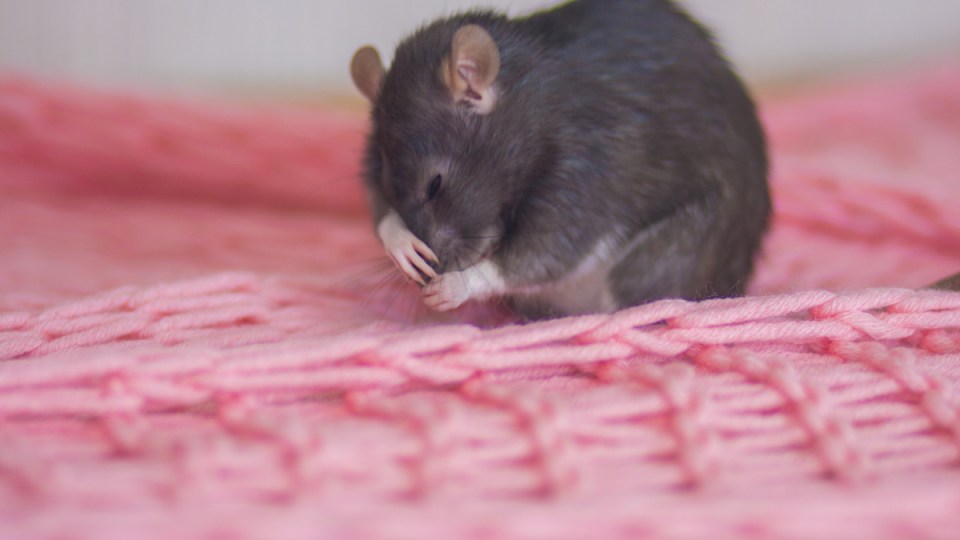 It also stabilises blood sugar levels in people with Type-2 diabetes, at least in the short term – with some people reversing the condition such that they no longer need medication.

The diet, as controversial as it is trendy, is certainly a life-saving tool for some people, but problematic for others. The big question right now: can it really stave off the flu?

A Yale University study is hot news this weekend – it suggests that the keto diet activates specialist gamma delta T cells in the lungs that weren’t previously identified with the body’s response to influenza.

The research found that these T cells heighten mucus production in the airways, essentially trapping the airborne virus and slowing its spread through the rest of the body.

Mice put on a carbohydrate diet didn’t get this T-cell response, lost weight and died pretty quickly. Mice fed a keto diet for seven days prior to infection pretty much maintained their weight, demonstrated the T-cell response and lived longer. They were also able to better maintain blood oxygen saturation.

Even so, they eventually succumbed too.

Metabolic response to keto diet was the key, maybe

According to a neat explainer from Harvard Medical School, most cells ordinarily use blood sugar, which comes from carbohydrates, as their  main source of energy.

Drop carbs from your diet and and circulating blood sugar also drops – and we start breaking down stored fat into molecules called ketone bodies, a process called ketosis. Once you reach ketosis, most cells will use ketone bodies to generate energy until we start eating carbohydrates again. In essence, the ketogenic diet causes the body to release ketones into the bloodstream.

The Yale scientists believe that the keto diet’s impact on metabolism is what triggers the T-cell response – which was absent in two sets of control mice (those on a carb diet, and another group fed a chemical by-product of a keto diet).

The public release of this news was embargoed until Saturday, and the Science Media Centre in Adelaide provided a variety of expert perspectives on this issue, each independent of the centre.

Dr Michelle Tate, head of the Viral Immunity and Immunopathology laboratory at the Hudson Institute of Medical Research, said:

“There is increasing interest as to whether diet can impact immunity to infection and this article demonstrates there is a link. The results are interesting, however how a high fat diet promotes expansion of protective gamma delta T cells is not clear.

“It is important to note the study was performed in mice, which may not correlate to humans particularly as differences in metabolism exist. In addition, the study was performed using genetically altered mice which differ to conventional laboratory mice, and a strain of influenza virus that causes disease in mice but not humans was used.”

“Relating the results of these tests on mice to any comparable effect in humans would be drawing a very long bow.

“The different (and small) numbers of mice in each group and the differences in the diets in energy, protein, fat and carbohydrate would all need to be addressed. And as the researchers note, the precise mechanisms by which a keto diet might change the ability of the lungs to resist Influenza A will require further study.

“Even if the mechanisms in mice are solved, assuming the results might also apply to humans is another ball game.”

Professor Nikolai Petrovsky from the College of Medicine and Public Health at Flinders University said:

“Notably the effects shown here on influenza infection with the ketogenic diet were marginal at best, with most of the mice still dying of infection, and hence this finding is of academic rather than practical interest, particularly if such a diet might increase the risk of asthma and other lung problems due to the increased lung inflammation.

“So it is unlikely that clinicians will ever recommend going on a ketogenic diet to potentially slightly reduce the severity of influenza illness.”

Professor Margaret J. Morris, from the School of Medical Sciences and Head of the Environmental determinants of obesity group at the University of New South Wales:

“A range of beneficial effects of (the Keto diet) have been described previously. These observations (from the Yale study) raise a number of questions regarding potential mechanisms – could diet-induced changes in gut microbiome play a role in modulating response to the virus? Will the effects last? An intriguing study.”

Nothing to sneeze at: Keto diet slows flu symptoms in mice