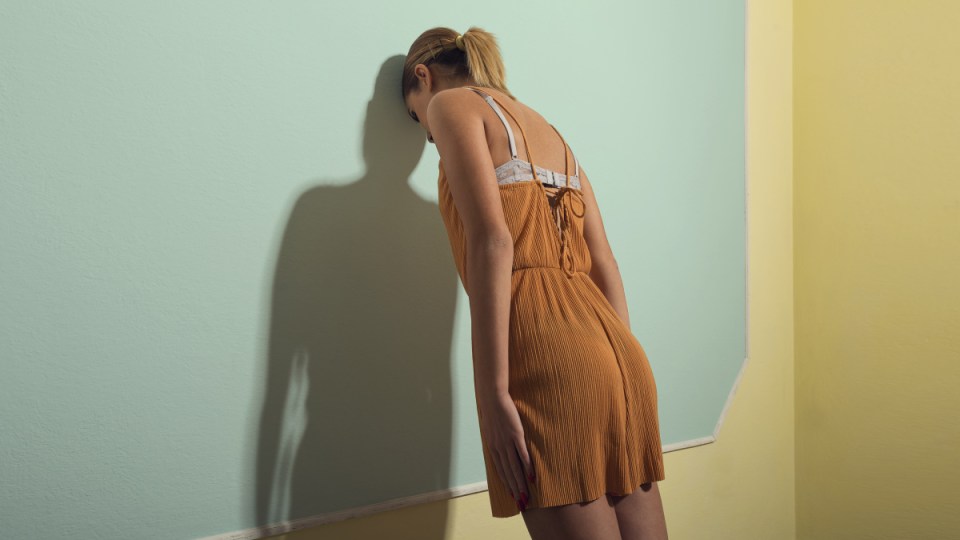 A lack of sleep appears to shut down the medial prefrontal cortex, which normally helps keep our anxiety in check. Photo: Getty

A sleepless night amplifies anxiety levels by up to 30 per cent – in a study that appears to establish a causal link between poor sleep and jittery emotions.

Old news, you might say. Sleeplessness and anxiety have a long negative association – each seemingly feeding the other – but the mechanics have been poorly understood.

Now University of California, Berkeley, researchers have discovered how and where the brain goes emotionally out of whack after a poor night’s sleep – and they have identified the kind of sleep necessary to restoring emotional calm.

How did they establish this?

In a series of experiments, 18 young adults viewed emotionally stirring video clips after a full night of sleep, and again after a sleepless night.

Their brains were scanned with functional MRI and they underwent  polysomnography – a test used to diagnose sleep disorders that records brain waves, the oxygen level in the blood, heart rate and breathing, as well as eye and leg movements during the study.

Anxiety levels were measured following each session via a questionnaire known as the state-trait anxiety inventory. This is a test that measures anxiety as a consequence of an event, and anxiety as a personal characteristic.

According to a statement from the university, when the volunteers had a night of no sleep, brain scans showed a shutdown of the medial prefrontal cortex, which normally helps keep our anxiety in check, while the brain’s deeper emotional centres were overactive.

Putting the neural foot down

“Without sleep, it’s almost as if the brain is too heavy on the emotional accelerator pedal, without enough brake,” said senior author Matthew Walker, a UC Berkeley professor of neuroscience and psychology.

After a full night of sleep, during which the volunteers’ brain waves were measured via electrodes placed on their heads, the results showed their anxiety levels declined significantly, especially for those who experienced more slow-wave NREM sleep.

“Deep sleep had restored the brain’s prefrontal mechanism that regulates our emotions, lowering emotional and physiological reactivity and preventing the escalation of anxiety,” said study lead author Eti Ben Simon, a postdoctoral fellow in the Centre for Human Sleep Science at the university.

During deep sleep, neural oscillations –  rhythmic patterns of electrical activity, commonly called brain waves – become highly synchronised, and heart rates and blood pressure drop. This is the kind of sleep that’s hard to wake from – and if you do, you’ll feel groggy.

“We have identified a new function of deep sleep, one that decreases anxiety overnight by reorganising connections in the brain,” Professor Walker said.

“Deep sleep seems to be a natural (anxiety inhibitor), so long as we get it each and every night.”

The researchers replicated the results in a study of another 30 participants. Across all the participants, the results again showed that those who got more nighttime deep sleep experienced the lowest levels of anxiety the next day.

In addition to the lab experiments, the researchers conducted an online study in which they tracked 280 people of all ages about how both their sleep and anxiety levels changed over four consecutive days.

The results showed that the amount and quality of sleep the participants got from one night to the next predicted how anxious they would feel the next day. Even subtle nightly changes in sleep affected their anxiety levels.

So how can we get more deep sleep?

A 2017 study suggests that prebiotics – dietary fibres found naturally in foods like chicory, artichokes, raw garlic, leeks and onion – can improve sleep and buffer the physiological impacts of stress.

“We found that dietary prebiotics can improve non-REM sleep, as well as REM sleep after a stressful event,” said Dr Robert Thompson, of the Department of Integrative Physiology at the University of Colorado.

When beneficial bacteria digest prebiotic fibre, they not only multiply, improving overall gut health, but they also release metabolic byproducts. Some research suggests these byproducts can influence brain function, said lead author Monika Fleshner, a professor in the Department of Integrative Physiology.

“Given that sufficient NREM sleep and proper nutrition can impact brain development and function and that sleep problems are common in early life, it is possible that a diet rich in prebiotics started in early life could help improve sleep, support the gut microbiota and promote optimal brain/psychological health,” the authors concluded.