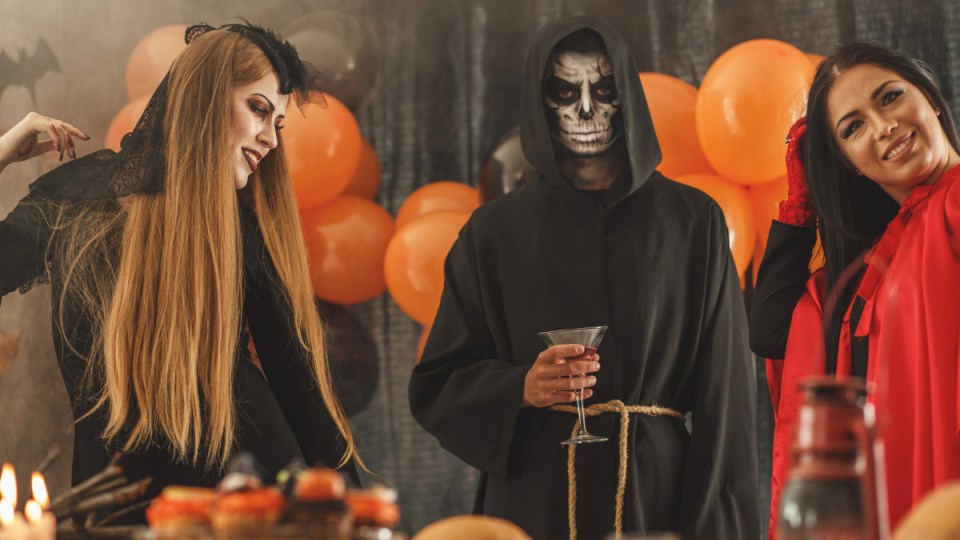 Research has found that thinking about one's death can promote positive changes in how you live your life. Photo: Getty

Seeking an antidote for all those motivational apps that leave you bloated with positive thoughts and affirmations? Who on earth has the time to act on all those great tips that will help you lift your mood, find your balance and all that sunny-side palaver?

Offering a more bracing kick in the pants is an app called WeCroak that delivers the same, simple message five times a day: “Don’t forget, you’re going to die.”

These cheery reminders of your inevitable return to dust ping randomly throughout the day – when you’re about to board a plane or eat a pizza or start an argument with your loved ones. In other words, they arrive with the authority of death itself: at its own chosen moment.

Lest you think this idea is a loser, WeCroak sits at number 14 in the App Store’s over-populated Health and Fitness category.

It’s been sitting near the top for about 18 months, after articles in the Atlantic Monthly and New York Times told the story of the app’s founders and what they’re on about.

The WeCroak website explains itself: “Each day, we’ll send you five invitations to stop and think about death…  When they come, you can open the app to reveal a quote about death from a poet, philosopher, or notable thinker…

“We believe that a regular practice of contemplating mortality helps us accept what we must, let go of things that don’t matter and honor the things that do.”

Is there anything to it?

There is some research that suggests reminders of death can indeed improve people’s lives, see here and here.

The app itself is a cheery novelty — and those five reminders a day can certainly give you a jolt, especially when they come at weird moments, such as watching a disaster on the news or visiting an ailing grandparent.

But it’s all in the timing and, more to the point, the message alone — “don’t forget…” gets old and loses its potency.

The accompanying quote from a poet or thinker is often lovely, but the useful ones all make the same point – life is short – while some can fall flat.

I’m a big fan of poetry, but it’s the kind of thing you have to spend some real time with, thinking it over. Which is WeCroak’s point — and those existential pings and poetic lines — serve as a good starter kit for pondering the big question: does death give our life meaning?

WeCroak is building itself into yet another school of mindfulness. They’re doing this via a membership to a club called Leap, a kind of philosophical gym that sets “challenges to help you face impermanence in all its aspects and live better lives today.”

A simpler course might be to occasionally make use those pesky pings — “don’t forget, you’re going to die” — as a prod to consider the ways in which you can better use the time you have left to you.

Want to live better? Think about your death five times a day