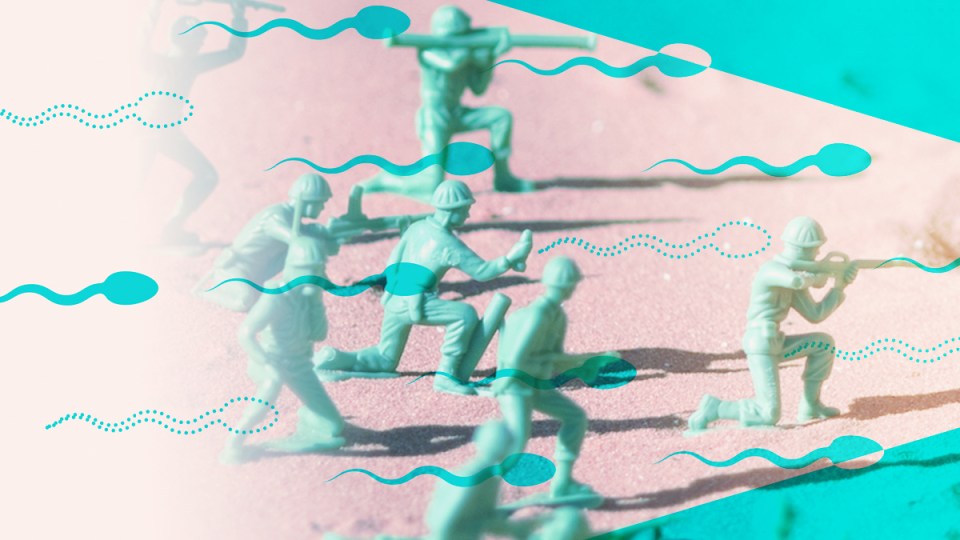 Men in Western countries are producing half the sperm that was produced 40 years ago. And it's not in good shape. Photo: TND

In 2017, Israeli researchers published a large and alarming study that found sperm counts in men in Western countries had dropped by more than 50 per cent since 1973.

The researchers, from the Hebrew University of Jerusalem, said the drop in sperm counts showed no sign of slowing down and issued a warning:

“These findings strongly suggest a significant decline in male reproductive health that has serious implications beyond fertility and reproduction, given recent evidence linking poor semen quality with higher risk of hospitalisation and death.

“Research on causes of this ongoing decline and their prevention is urgently needed.”

Smaller in number, and on the nose as they age

A Rutgers University study published in May found that poor sperm quality – notably that caused by ageing – has also been found to compromise the health of mothers and babies.

This is of concern because of the trend of men fathering children late in life.

The study found that men 45 and older can experience decreased fertility and, according to a statement from the university, put their partners at risk for increased pregnancy complications such as gestational diabetes, preeclampsia and preterm birth.

Infants born to older fathers were found to be at higher risk of premature birth, late stillbirth, low Apgar scores, low birth weight, higher incidence of newborn seizures and birth defects such as congenital heart disease and cleft palate. As they matured, these children were found to have an increased likelihood of childhood cancers, psychiatric and cognitive disorders, and autism.

The researchers suggested that men freeze their sperm by the age of 35 to avoid these nasties.

Until recently, recurrent miscarriage was thought to be caused by health issues with the mother, such as infection or immune problems. But an Imperial College London study published in January found multiple miscarriages may be linked to the poor quality of a man’s sperm.

What else is killing off  the seeds of human life?

Any good news at all?

Last month researchers from the University of Sheffield revealed a daily 14mg dose of lycopene – a pigment that gives tomatoes their red colour – increased the proportion of healthy shaped sperm (sperm morphology) and boosted fast-swimming sperm by about 40 per cent in a group of healthy volunteers.

It was widely reported that eating two tablespoons of lycopene-rich tomato puree would do the trick just as nicely – but this wouldn’t work because lycopene is poorly absorbed by the human body. The compound used for the trial was a commercially available formulation called LactoLycopene.

The researchers didn’t investigate how Lycopene works to boost sperm quality – but noted that the pigment “is a known powerful antioxidant, so is potentially inhibiting the damage caused by oxidation of sperm which is a known cause of male fertility problems”.

They believed this antioxidant effect “was key in producing the improvements in sperm quality seen in the trial” – and were hoping to investigate this more.

However, last year the European Society of Human Reproduction and Embryology, at a conference, heard that a US clinical trial found an antioxidant formulation taken daily by the male partner for a minimum of three months made no difference to sperm concentration, motility or morphology, nor to the rate of DNA fragmentation. The men in that trial, however, were infertile – and theirs was a horse that couldn’t be flogged to life.

Daily sex (or ejaculating daily) for seven days improves men’s sperm quality by reducing the amount of DNA damage, according to an Australian study presented at the 2009 annual meeting of the European Society of Human Reproduction and Embryology in Amsterdam.

This was backed up by a study published last year from Centre for Reproductive Medicine of Shengjing Hospital in northeast China.

The researchers upended conventional wisdom that abstaining between efforts to conceive can improve a couple’s chances of success, and found that semen produced shortly after a man’s most recent ejaculation – within three hours or so – had faster and more motile sperm than if the man abstained for several days before ejaculating again.

How so? The short version: the longer sperm exist, the more vulnerable they are to DNA damage by reactive oxygen, which could harm their ability to form a viable embryo.

‘I am not afraid’: The modern unknown soldier risks it all in Ukraine
Greens sign up for Labor’s looming jobs-and-skills summit as Liberals stick with boycott
Joe Biden’s $430b green victory for the environment
China cementing its Thailand ties with joint military exercises
NRL: Titans frantic to end 10-game losing streak as Manly showdown looms
AFL: Western Bulldogs cling to finals hopes after GWS thriller
Researchers prove mushrooms are magic for your immune system
Today's Stories

The bad seeds: Urgent need for Westerners’ sperm to get a wriggle on