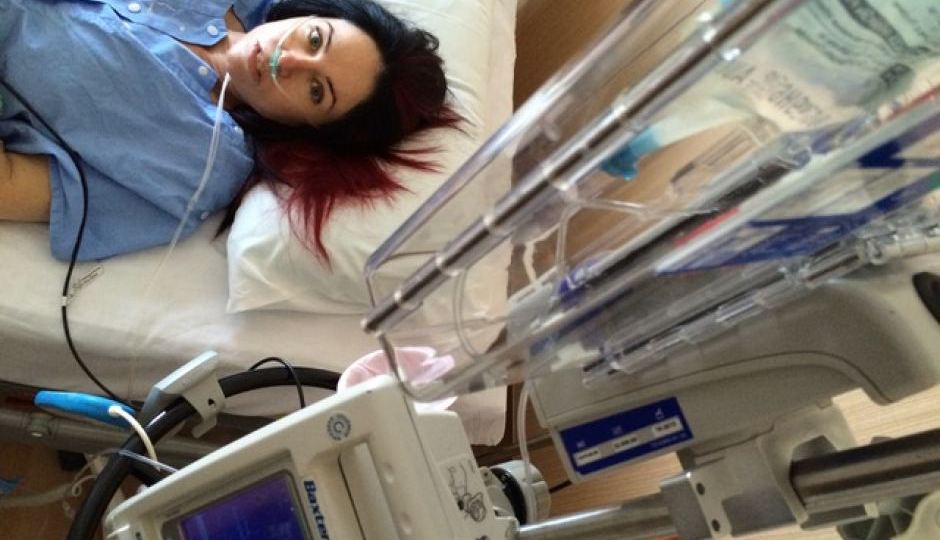 I remember the day cancer came into my life like it was yesterday.

Well, to be more accurate, I remember the day the doctor finally cottoned onto the fact that cancer had come into my life.

The Big C had actually been creeping on my cervix for years without announcing its presence via a single pap smear or noticeable symptom (cancer is stalky like that).

Long story short, I had no idea cancer was so into me until that Tuesday night in 2014 when the GP rang saying she had bad news.

Those early days were one long, existential wail.

Then came the radical hysterectomy.

The week in the wheelchair with the trailing Battlefield Earth groin tubes. All those months with the prospect of dying right up in my grill.

Before cancer, I’d assumed I was bulletproof because I ate well, exercised lots, teetotalled, and retired each night at nanna-o-clock. So naive!

There’s a lot of cancer-related misconceptions

And – even though by now I’ve had lots of practice – I still don’t know what to say when people ask about my health.

What lots of people don’t realise is that just as cancer tends to keep its arrival on the down-low, it’s not real chatty about whether it’s left the building either.

This is why medical types don’t say things like “Congratulations, you’re cured!” even after the most successful medical interventions.

Instead, when it comes to announcing a person’s post-treatment cancer status, it’s all “as far as we can tell”, “on the balance of probabilities”, “don’t ask us, we’re just top-notch cancer specialists”, and so on.

As such, my official health status is “no evidence of disease” (aka NED) which means I might still have cancer but not know about it. With every little twinge, I’m convinced it’s all happening again.

Don’t get me wrong, suffering crazy-making carcinophobia is a huge improvement on having cancer outright, but feeling bulletproof was a lot more conducive to the getting-of-the-sleep.

Anyway, the whole five-year cancerversary is a big deal for those of us who’ve spent time in Carcinomaville.

This is because – depending on the type and stage of our cancers – the odds of us continuing to stay alive start getting closer to the general population’s again.

Unlike those people who celebrate cancer milestones with wacky baked goods, I’ve spent the day reflecting on the many cancer-related misconceptions I had when cancer and I first started hooking up.

Myth one: Health is a meritocracy

When I was first diagnosed, there was one big thing everyone wanted to know (provided they were able to speak, that is – cancer diagnoses rank right down there with audible lift flatulence when it comes to awkward silences).

This one big thing was what I had secretly done to bring cancer on myself.

While the harsh reality is that often cancer rocks up in people’s lives simply because of bad luck and random mutations, we humans aren’t great at accepting that some things are stone-cold out of our control, so we look for ways to patient-blame.

Given that I’d never once missed a pap smear, “workaholic” and “too much stress” were the causal carcinogens citizen oncologists settled on in my case.

It came as quite the shock to discover that even our most sophisticated medical spyware is pretty damn ordinary at determining what cancer is up to.

These are supposed to be second only to biopsies when it comes to getting a fix on cancer location, yet tumours are likely to slip right under their radioactive radar if said tumours happen to be a little on the petite side or not in a super aggro mood.

Quite frankly I expect more from being pumped full of nuclear sugar and jammed into a ginormous medical doughnut, I really do.

Given the fallibility of the medical machinery, I guess it shouldn’t have been such a surprise to discover that even the best human specialists are mostly just making clever guesses.

For instance, my oncology surgeon had to open up my entire abdomen and perform the reproductive system version of disembowelling before he clocked the fact that I didn’t have just one type of cancer but two.

Turns out I’d been in a non-consensual cancer throuple for who-knows-how-long and until then not a single specialist had realised.

Myth four: Surviving cancer is all about battling, being brave and staying positive

Nope, nope, and nope. I’ve been wussy, cowardly, and pessimistic throughout.

I weep through every procedure, suffer crippling scan-xiety while waiting for results (in the first five years you’re always waiting for results), and am in a permanent version of the plane crash brace position in anticipation of more bad news.

Seems I have survived anyway.

Myth five: After a ‘successful’ cancer treatment, a person’s health will be just like it was before.

In fact, the collateral damage caused by treatment can be permanent. In my case, please consider:

Myth six: There are no upsides to having cancer

My time with cancer has not only been about the doom and the gloom.

For instance, cancer really helped me – Marie Kondo-style – sort out which of the people in my life brought me joy and which I wanted to brusquely declutter.

Also, playing the cancer card (a significant other crafted me an actual cancer card) is guilt-inducing but effective.

Finally, and it feels really weird typing this out loud, all up I have been happier post-cancer than I was pre-cancer.

I attribute this to the fact that, like lots of freaked-out cancer patients, I took up mindfulness meditation with a vengeance and have since become a sort of practising non-Buddhist.

This is great for the whole working-out-what-really-matters-in-life deal.

It’s time for me and cancer to take a break

Anyway, while it’s true I’ve had some OK moments, on this, the day of my five-year cancerversary, I’ve decided the time has come for me and cancer to take a break.

This will leave cancer free to see other people (sorry in advance, other people) while I fool around with some other medical conditions – maybe something super casual like a slightly twisted ankle (I’m up for anything that doesn’t require a death-do-us-part commitment).

I realise, of course, that – given cancer’s lack of respect for boundaries – me dumping cancer will have zero impact on whether it keeps skulking round or not.

But my hope is that it will have an impact on me.

My hope is that maybe I can stop ruminating about being sick – if not forever, then at least for a few hours here and there.

My hope is that the routine scans start feeling routine and not like the nightmare is starting all over again.

My hope is that hope itself becomes a tenable emotion for me again.

Emma Jane is a freelance writer and a senior lecturer in the School of the Arts & Media at UNSW.

It’s my five-year ‘cancerversary’. Strangely, I’m actually happier than before