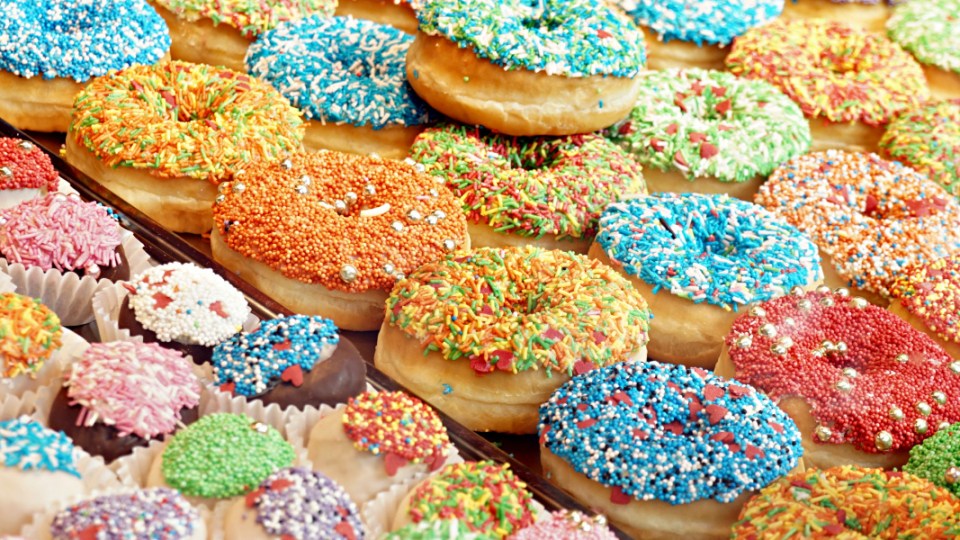 So pretty, so tasty, so ruinous for your heart and brain. Trans fats in sweet pastries may cause you to lose your mind. Photo: Getty

Out of all foods that elevate your levels of bad (LDL) cholesterol and lower the good (HDL) cholesterol in our blood – and thereby increase your risk for heart disease, stroke and diabetes – trans fats take the biscuit.

The risk to brain health seemed a natural one

But establishing a link between a fatty diet, the accumulation of body fat and dementia risk has been slow coming – let alone a specific link to trans fats.

A 2015 study from the University of Montreal found fatty acid deposits in the brains of demented mice; the researchers concluded that deposits could be a trigger for the disease.

A 2013 study from Rush University Medical Centre found that people with high amounts of abdominal fat in their middle age are 3.6 times as likely to develop memory loss and dementia later in life.

Here’s how the link was established

Researchers from the Kyushu University followed 1628 Japanese men and women, aged 60 and over, for 10 years. Their diets were analysed. None of them had dementia at the beginning of the study, when they underwent a screening examination and their serum elaidic acid levels were measured using gas chromatography/mass spectrometry.

The serum elaidic acid levels served as an objective biomarker for the consumption of industrial trans fat.

This was an important distinction – and what has given the study its rigour.

Small amounts of “natural” trans fats naturally occur in dairy products and red meat. Butter is the real worry, given it has about 50 per cent saturated fat and four per cent trans fat.

But the trans fats being investigated in the Kyushu study were artificial or industrially produced trans fats – as found in foods that use partially hydrogenated vegetable fats, such as deep-fried foods chips and baked treats.

The study group was divided into four groups, from highest to lowest in terms of their serum elaidic acid levels.

One in four of the high-level group had dementia

In fact, of the 407 participants who started the study with the highest levels of trans fats in their blood,104 had developed dementia

These associations remained significant after adjustment for dietary factors, including total energy intake and intakes of saturated and polyunsaturated fatty acids.

There were no significant associations between elaidic acid levels and vascular dementia.

For a good explainer about industrially- tweaked trans fats –and the extent to which they are more dangerous than ordinary or natural saturated fats – check out this piece from The Conversation.

The World Health Organisation has said it wants to eliminate trans fats from foods worldwide by 2023.

Not just heart attacks, dementia too: Trans fatty acids clog up your brain