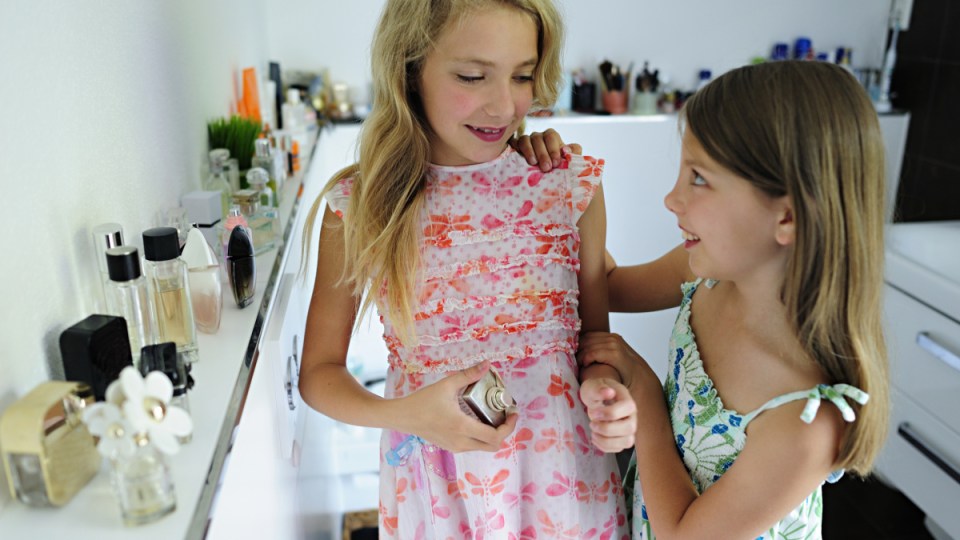 From perfume to car air fresheners, fragrances are impossible to escape in daily life, and new research shows they’re making some of us sick.

Fragrances are the leading cause of allergic skin reactions in children, an Australian study published in the Australasian Journal of Dermatology on Monday revealed.

Cosmetic and soap ingredients were the next biggest culprits, the study by the Occupational Dermatology Research and Education Centre in Melbourne showed.

Nickel sulphate, which is found in items such as jewellery, toys and zippers, was another common cause of allergies.

“The higher rates of relevant positive patch tests in females to nickel are consistent with the literature and likely attributable to the increased use of jewellery in females,” the team of researchers led by Dr Claire Felmingham wrote.

The researchers looked at how common skin allergies were and found that around four in 10 Aussie kids tested for suspected dermatitis (a general term describing a skin irritation) at skin clinics turned out to have some form of skin allergy.

They then set out to “ascertain the spectrum of allergens” that trigger allergic contact dermatitis (ACD), an increasingly common diagnosis in children.

“Historically, the prevalence and significance of ACD in children has been underestimated,” Dr Felmingham and colleagues wrote.

The researchers conducted a retrospective analysis of patch test (a method used to diagnose skin allergies) data spanning 25 years, from 1993 to 2017.

They found that the most common patch test reactions were to:

“Fragrance mix allergy is increasing in children, possibly because of its increased use in cosmetics and the fact that children are using a wider range of cosmetics earlier in life,” Dr Felmingham and colleagues wrote.

“Myroxylon pereirae, which is also a fragrance allergen, is found in cosmetics, skincare products and flavourings in foods, such as tomato sauce and pizza sauce.

“MCI/MI and MI are preservatives which have been extensively used in cosmetics, wet wipes, liquid soaps, shampoos and other skincare products.”

Rates of contact allergy have “increased significantly” in recent years, the researchers noted.

They called for the findings to be used to create the first Australian Paediatric Baseline Series – a list of 50 common allergens to guide future testing.

“Patch testing appears to be performed infrequently in children, and consequently, ACD is likely under-diagnosed,” Dr Felmingham and colleagues wrote.

“This is unfortunate, because ACD can have a significant impact on a child’s quality of life, and early, correct identification of allergens and subsequent avoidance can lead to substantial improvement in symptoms, preventing progression to a chronic disease state.”

Earlier this year, research showed that an experimental wearable patch that delivers doses of peanut protein through the skin could help combat children’s peanut allergies.

Western countries have the highest rates of peanut allergies in the world, particularly in Australia, where three in 100 children are affected.

There are currently few treatment options approved or available for peanut allergies, prompting the race by scientists, pharmaceutical labs and medical technology companies to find a solution to the global problem.

Though severe reactions are rare, hospital admissions for anaphylaxis in the country has doubled in the past 10 years – with peanuts, milk and eggs listed among the most common triggers.

In January, the Australasian Society of Clinical Immunology and Allergy (ASCIA) updated its food allergy guidelines to reflect the latest available evidence on allergy prevention.

Parents are now encouraged to introduce babies to a wide range of foods, especially egg and peanuts, in their first year.

Fragrances are the leading cause of kids’ skin allergies, Australian study shows