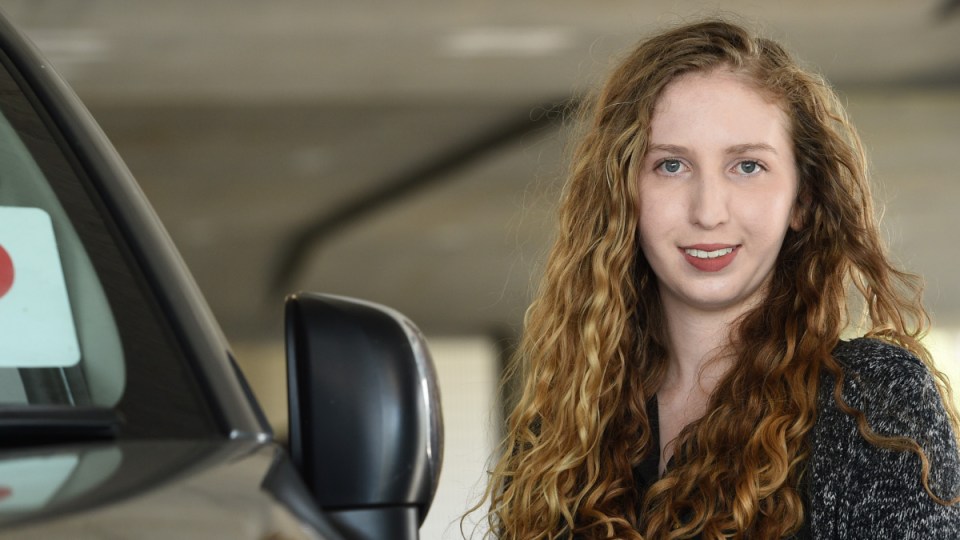 PhD researcher Verity Truelove found that one in six young drivers have used Snapchat behind the wheel. Photo: QUT

US market researchers this year found that Snapchat is the social media platform that makes young people the happiest.

Now a Queensland doctoral candidate has found it’s also the one most likely to get young people killed on the road.

In April, the death of a Sydney woman, 21 – who had been playing chicken with oncoming traffic – was chronicled in real time on the platform, and replayed endlessly in news reports.

Snapchat is an application for mobile devices that allows users to send photos and videos (snaps) that self-destruct within seconds of being opened.

The idea is that users are to some extent protected when sending embarrassing or provocative images, or even content that could serve as evidence of illegal activity – such as driving like a fool.

A new Queensland University of Technology study suggests that one in six young drivers uses Snapchat behind the wheel.

PhD researcher Verity Truelove, from QUT’s Centre for Accident Research and Road Safety Queensland – in a survey of 503 Queensland drivers aged 17 to 25 – found that 15 per cent of participants had “used their phone to send a video or photo via Snapchat at the same time as controlling their vehicle”.

“Of that 15 per cent, more than half … said their primary motivation was to immediately share a video or photo of something they had seen while they were driving,” Ms Truelove said in a prepared statement.

Ms Truelove said that only 12 per cent thought it was acceptable behaviour.

The aim of her research was to investigate the types of social media most used by young people while driving, and also what was most likely to deter them from this behaviour.

It included in-person focus groups with 60 drivers aged 17 to 25 – which found Snapchat was overwhelmingly the most popular social media platform used in the car – followed by the larger survey.

During the focus groups, participants shared anecdotes about their friends and themselves, with several citing Snapchat’s speed filter. It identifies and superimposes the speed a vehicle is travelling over a photo.

Comments made at the focus groups included:

Ms Truelove said a common theme was that the drivers who used Snapchat thought it was a relatively safe practice because they used it at times they perceived to be low risk, such as when they were stopped at traffic lights.

“This is an encouraging result in some ways – and consistent with other QUT studies that have looked at wider phone use – as it indicates young drivers are trying to self-regulate their behaviour and only use their phone in low-risk situations,” she said.

“Another common theme was that most young drivers did not think there was much chance of them being caught by police using their phones, which meant fines weren’t much of a deterrent.

“They believed the restriction on hand-held phone use was difficult to enforce.”

However, nine drivers in the focus groups “mentioned hearing about world-first mobile phone detection camera technology in Australia that involves cameras positioned at a height and angle that can see through the windscreen and photograph drivers using mobile phones.”

Snapchat: Young drivers as self-destructive as their favourite app