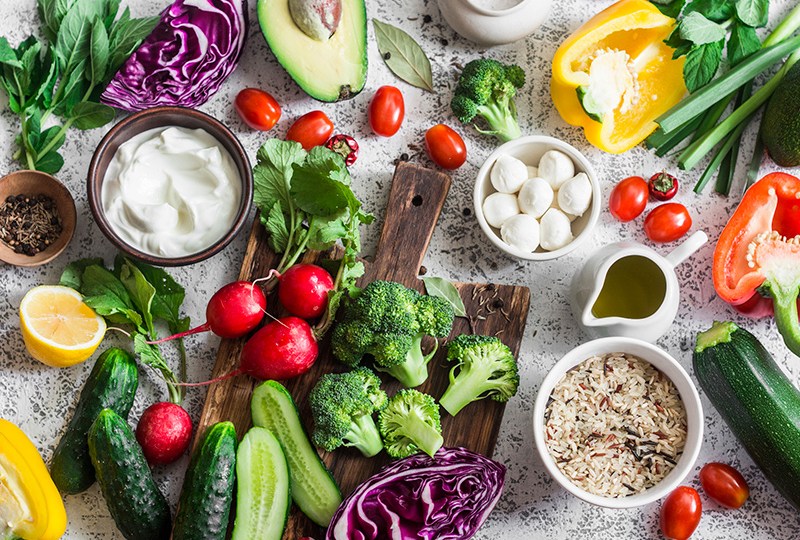 How to significantly reduce the symptoms of moderate to severe depression in just three weeks?

A small, clever study from Macquarie University suggests it can be done with a change of diet – from poor to healthy – in conjunction with any ongoing clinical treatment, including psychological support and medication.

It’s an astonishing finding given that people prescribed anti-depressants wait at least six weeks, and sometimes months, to feel better.

Some context to keep in mind

As the authors note, there is strong epidemiological evidence regarding mood and food: Eating a healthy diet rich in fruit, vegetables, fish and lean meat is associated with reduced risk of depression.

This association can be interpreted in different ways.

For example, it’s understood that people with depression tend to lose interest in looking after themselves – and therefore are less likely to have fish and salad for dinner, followed by fruit and yoghurt.

Conversely, people who report a high level of wellbeing tend to invest in a healthier diet and regular exercise.

There is no rock-solid evidence that good food staves off or reduces the symptoms of mental illness.

However, there is a strong risk of a short-term placebo effect in trialling interventions in people with a desire to feel better – and the Macquarie University study is vulnerable to this risk.

Here’s how they did it

The participants were 76 university students – aged between 17 and 35 – with moderate-to-severe depression symptoms and a diet high in processed foods and sugar.

If receiving antidepressant medication or psychological therapy, participants were required to be on the same treatment for at least two weeks before study participation.

Participants in the Diet Change group received diet intervention instructions from a registered dietician via a 13-minute video, available for re-watching online as needed.

Feel free to try this at home

According to the study paper, the diet was developed by an accredited practising dietitian and was based on the Australian Guide to Healthy Eating (2003), with additional recommendations to increase concordance with Mediterranean-style diets known to be associated with reduced risk of depression and diet components (omega-3 fatty acids, cinnamon, turmeric) that have beneficial effects on neurological function.

Conversely, they were instructed to decrease refined carbohydrate, sugar, fatty or processed meats and soft drinks.

Given this was a student population, focus was given to potential problems such as cost-saving and limited time for food preparation.

To assist in complying with diet recommendations, participants in the diet change group each received a small hamper of food items including olive oil, natural nut butter, nuts and seeds (walnuts, almonds, pumpkin and sunflower seeds) and spices.

They were told to keep their shopping receipts to receive a $60 gift card as reimbursement for study foods.

Participants in the diet change group also received a brief, five-minute phone call on day seven, and on day 14 to ask if they were having any difficulties adhering to the diet and troubleshoot problems with reference to the prescribed handouts.

Participants in the habitual diet group were given no instructions regarding diet, and were simply asked to return after three weeks for follow up.

And the winners were …

To be eligible for participation in the study, volunteers had a score more than or equal to seven on the Depression, Anxiety and Stress Scale-21 Depression subscale (DASS-21-D), which corresponds with moderate or higher depression symptoms.

Participants who trialled the healthy prescribed diet reported their depression score had fallen from the moderate range down to the “normal” range. They also reported lower levels of anxiety and stress.

Meanwhile, the depression scores among the control group of participants – who maintained a diet of refined carbohydrates, processed foods and sugary foods and beverages – remained in the “moderate severity” range.

A three-month follow-up phone call (not all participants could be located for this) found the improved depression scores were maintained.

There are problems with self-reported studies – forgetfulness and variation in commitment from day to day.

The researchers, however, sought independent confirmation that the diet was largely adhered to: They achieved this using a spectrophotometer, a device that measures the level of yellowness in the participants’ palms, which correlated with their intake of carotenoids, which you get from eating fruits and vegetables.

The authors note one of the most interesting findings is the fact diet change was actually feasible in this population.

“As the participants were young adults and university undergraduate students, we anticipated several potential barriers such as the perceived cost of the diet, the time demands of preparing food and/or reliance on others for food preparation (particularly if they lived at home),” they wrote.

“Despite these factors, there was a significant increase in the recommended foods and decrease in processed foods for the diet change group but not the habitual diet group.”

This suggests that detailed prescribed practical assistance in everyday living could be a powerful tool for people with depression.

Depression improved in three weeks by a change of diet: New study