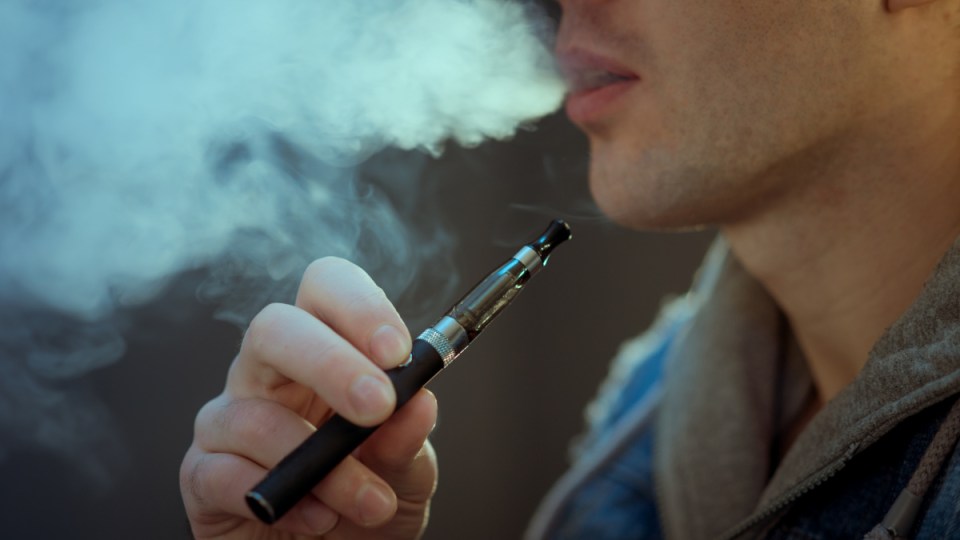 E-cigarettes should not be considered harmless for non-smokers, scientists say. Photo: Getty

As concern over vaping rises around the world, Australian researchers have discovered disturbing new details about the damage e-cigarette vapour does to the respiratory system.

The vapour from e-cigarettes can kill the type of cells that line the airways and disrupt the burying of dead cells by the immune system – a study published in Respirology, the official journal of the Asian Pacific Society of Respirology, revealed on Monday.

E-cigarettes are battery-operated devices filled with “e-liquid” – a substance consisting of a base made of either propylene glycol, vegetable glycerine or a mix – with a flavour added.

Nicotine of varying concentrations is often added, although it is illegal to buy e-cigarettes that contain nicotine in Australia.

Researchers from the University of Adelaide and Royal Adelaide Hospital exposed bronchial epithelial cells – the types of cells that line the airways – to three brands of apple-flavoured vaping liquid both with, and without, nicotine.

They found that the vapour was toxic to the cells and could trigger cell death.

They also showed that extracts of the vapour interfered with the immune system by altering the functioning of macrophages – the cells that lock away dead and dying cells in our bodies.

The effects were found even in products without nicotine.

The discoveries show that e-cigarettes should not be considered harmless to non-smokers, and their effects may go far beyond cell toxicity, the scientists, led by e-cigarette research pioneer Dr Miranda Ween, said.

E-cigarettes are are often misleadingly marketed as “emitting harmless vapour”, and while they “appear on the surface to be a likely safer alternative to tobacco cigarettes”, the long-term health risks “remain
unknown”, the researchers said.

Recent reports of mysterious deaths linked to vaping in the United States have led to increased international scrutiny of the growing e-cigarettes market.

Last week, a Missouri man became the eighth person to die from a lung illness suspected to be caused by vaping.

The number of vaping-related lung illnesses in the US has risen to 530 probable cases, The New York Times reported on Thursday.

“No single chemical has been identified as the cause of all cases in the US outbreak,” University of Queensland public health expert Coral Gartner wrote in The Conversation on Saturday.

“This may be impossible because for some cases there is no vaping liquid left over to test, some cases used multiple products, and some people don’t want to admit to using illicit substances.”

Earlier this month, Cancer Council Australia warned that a growing body of research shows that e-cigarettes are harmful to human health.

“E-cigarettes have been found to contain ingredients such as heavy metals so we know they can damage lungs, which can increase the risk of cardiovascular disease and even possibly cancer,” the council’s Tobacco Issues Committee chair Libby Jardine told The New Daily earlier this month.

“There is also insufficient evidence to suggest that e-cigarettes are effective in supporting people to quit smoking because if you’re trying to get off nicotine, then using e-cigarettes could hinder those efforts.”

In all Australian states and territories except Western Australia, it is legal to sell and buy vaping devices without nicotine in them.

Unless prescribed by a doctor, it is against the law to buy nicotine-laced vaping products in Australia, though many users say it is easy to work around this ban by buying the devices online.

Nearly two-thirds of Australians surveyed by the Australasian Professional Society on Alcohol and Other Drugs said they believed e-cigarettes were less harmful than tobacco cigarettes.

Ms Jardine said she feared an increasing number of young people was picking up e-cigarettes as vaping becomes more popular among influencers on social media.