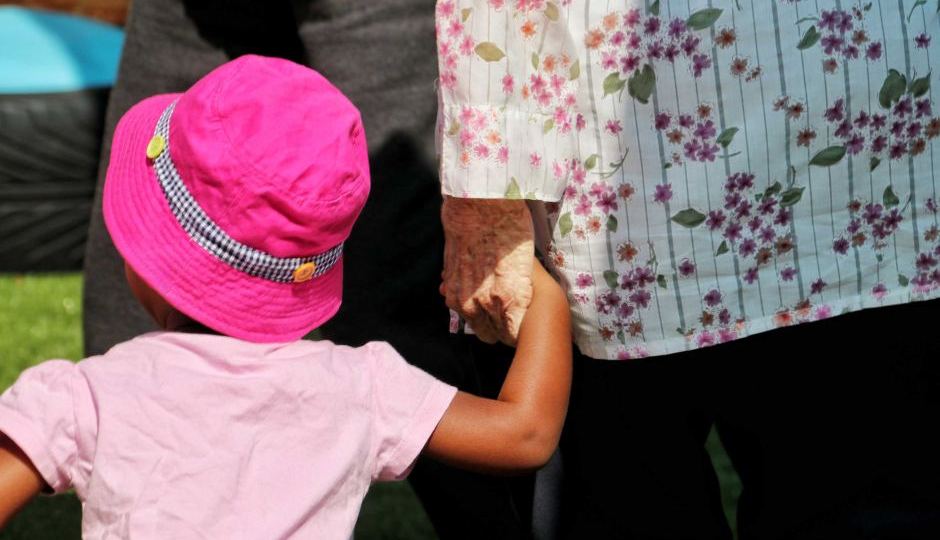 Growing numbers of older Australians are missing out on the experience of being grandparents.  Photo: Briana Shepherd

Elizabeth Cook always wanted to be a mother and, one day, a grandmother.

A botched appendectomy at the age of 12 left her dream of future motherhood in doubt, so Ms Cook and her former husband adopted two children from South America.

“I did start down the IVF program, but I’d always thought it would be nice to give a child in need a home, rather than bringing more children into the planet,” she said.

“My daughter was first. She was just three weeks old when I got her, and my son was 10 months.”

Ms Cook is now 69 years old, recently retired and lives alone in her apartment at Dee Why, a coastal suburb of northern Sydney.

Her daughter died in a car accident 12 years ago. And while her 30-year-old son lives just down the street, he has no children and no plans for any in the future.

“He thinks the planet is overpopulated and just has no desire for children really,” Ms Cook said.

“He may change his mind, who knows, but I don’t think he’ll have any.”

Ms Cook longs for a grandchild, so much so that more than two years ago she signed up to Find a Grandparent, an organisation that matches want-to-be grandparents with families who do not have any.

She is now on to her second family and spends time with their four-year-old boy about once a week.

I mean there’s just something almost magical in seeing the world through their eyes.’’

She says while being a surrogate grandmother is lovely, it is still difficult not having grandchildren of her own, especially when she spends time with friends who all have grandchildren.

But she has come to accept the reality and says she does not resent her son for his choice.

“He’s entitled to whatever views he wants, and I do realise that children aren’t the be-all and end-all. You can be very happy without them.”

Ms Cook’s son is among a growing number of Australians opting out of children.

In 2017 the Australian Bureau of Statistics (ABS) estimated that some time between 2023 and 2029 the number of couples living without children would overtake the number of those living with them.

Bronwyn Harman, a families expert from Edith Cowan University’s School of Psychology and Social Science, says it is a trend that has been happening for some time.

As far back as 2003 the Australian Institute of Health and Welfare found around one in four Australian women would not have children by the end of their reproductive lives.

Dr Harman said that statistic remained relevant today, however it was not possible to determine the reason for those women not having children.

“Anecdotally we think it’s about two-thirds are child-free and about one-third are childless.”

The TFR is the average number of children a woman will have during her lifetime.

In 2017 it hit a record low of 1.74, which is the lowest fertility rate ever recorded in Australia.

Since 1976, Australia’s TFR has been below replacement level – the level at which a population is replaced from one generation to the next without migration, usually considered to be 2.1.

The highest TFR recorded in Australia was in 1961 when women were having, on average, a total of 3.55 children during their lifetime.

Women are also having children later than ever.

While the TFR in 1975 was not that much higher than the current rate, fertility peaked among women in their mid-20s during that time but has been declining ever since.

Since 2000, the fertility rate of women in their early 30s has been higher than all other groups.

Little is known about the ‘grandchildless’

Making a conscious decision never to have children, especially as a woman, has long held a stigma of being selfish, shallow and immature as many societies have grappled to separate the images of womanhood and motherhood.

Dr Harman says while much of that stigma remains, she has noticed a change in the conversation over recent years.

“I think people are becoming more accepting of people who don’t have children, whether it be by choice or not,” she said.

What Dr Harman is now interested in is looking at the parents of those who are child-free, or those who are leaving children until much later in life, therefore leaving them what she calls “grandchildless”.

“These are the people who would love to be grandparents but aren’t and they’ve got no control over that.”

Dr Harman and one of her students, Olivia Marshall, recently conducted a study on the topic and while the paper is still being prepared for publication she shared some of the insights they gained.

The pair interviewed eight people (seven women and one man) between the age of 58 and 68. Seven had children who were child-free and one had a child who was childless.

The aim of the research was to understand the lived experience of grandchildlessness, whether it was a source of stress, and if so how to best support them.

It also aimed to determine how individuals coped without grandchildren.

“The people that we interviewed said they were disappointed in a way in not becoming grandparents because they had purposefully nurtured their own children’s relationships with their grandparents and had good memories themselves with their own grandparents,” Dr Harman said.

“Another point they all spoke of was how they found it difficult to raise the matter with anybody, particularly their own children, as they didn’t want to put unfair pressure on them.

“They also wondered whether they had done something wrong themselves as parents to lead their children to make that choice.

“And rather than feeling bereaved or grief, they said they felt empty – they described it as an emptiness, something that hasn’t ever been fulfilled.”

Dr Harman and Ms Marshall found the participants used a range of ways to cope with that emptiness.

“Some would think about it in a cognitive sense in that they would try to reframe it and look at the things they could do because they didn’t have grandchildren,” Dr Harman said.

“Others sometimes substituted with almost a proxy, so they would find other grandchildren to nurture.

“And many would take up volunteer roles often where children were involved.”

First generation to have a child-free voice

Tanya Williams, a child-free advocate and author of A Childfree Ever After, runs an online community to support women who go child-free by choice.

Less than two years ago she began a Facebook group that now has more than 9500 followers.

“I think a lot of people have found it as a safe space to come and get information and have conversations and be part of a community of like-minded people,” Ms Williams said.

We live in a pronatalist society – everything we do is geared around families and having kids.’’

Ms Williams says she always knew she never wanted children and is quietly thankful her sister provided their parents with the grandchildren she knows they always wanted.

She says she would never have had children just to keep her parents happy, but understands being child-free can be difficult for many among the older generations to understand.

“We need to remember our parents, and the generations before, were raised to believe they didn’t have a choice and having children was what you did, no questions asked,” she said.

We are the first generation of women to truly have a choice and a voice.’’

Don’t let it fester, talk it out

Laura Carroll, an author and child-free expert from the United States, says she believes a conversation should be had between children and parents if they feel the situation is causing stress in their relationship.

“I have a four-step strategy for talking about this and alleviating tensions and pressures,” Ms Carroll said.

“One – be very clear in your own mind why you don’t want children. Not only do you need to know this for yourself and your partner if you are in a relationship, but you need to know it so that you can articulate it to others.

“Two – if you are in a relationship, present a united front. This is important because it’s easy for others to blame one or the other person in the relationship, but it’s harder to do this if both people clearly vocalise their position.

“Three – nip the tensions and pressures in the bud. It’s important not to wait to speak up when you feel you are feeling friction or pressured. The longer you tolerate it, feelings will fester.

“Four – and perhaps the most important step – seek mutual understanding. For parents who want grandkids, they need to be asked why and it needs to be openly discussed.”