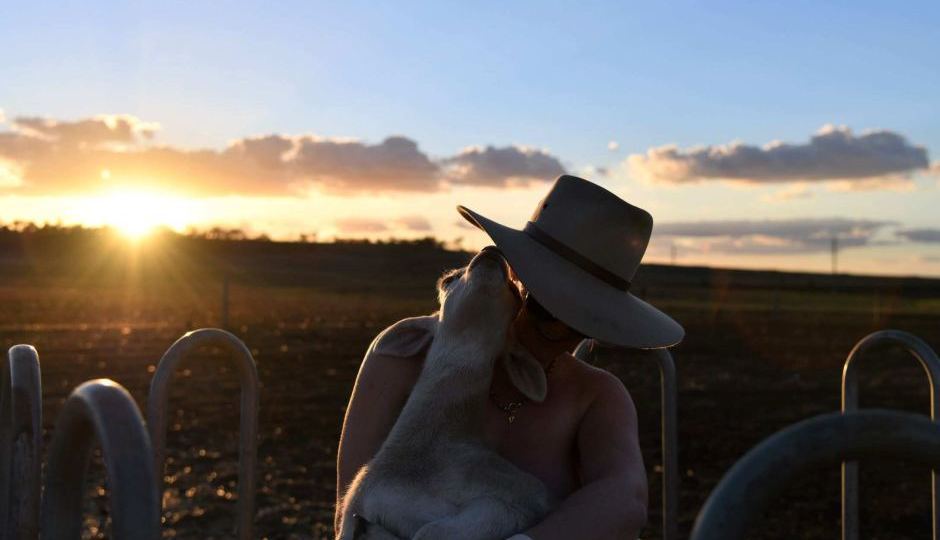 Festival-goers are encouraged to get naked to "strip away" stigma of mental heath issues to help prevent suicides. Photo: ABC

Not many music festivals would encourage fans to get naked for their event, but the Gympie Music Muster in south-east Queensland is doing just that.

The largest charity country music festival in Australia wants to “strip away” the stigma around rural mental health issues and encourage conversations that could save lives.

But he said people in the bush were one in five times more likely to take their own lives than those in the city due to a lack of access to support services.

“Every loss of life or suicide attempt has a ripple effect on family, friends, workplaces, schools and communities and the statistics in Queensland are far too high,” Mr Cavanagh said.

For the past 38 years the Gympie Music Muster has raised funds for partner charities, distributing more than $15 million in that time.

This year, funds will go to the Royal Flying Doctor Service’s (RFDS) mental health services, as well as the many community groups that provide services like firewood, toilet cleaning, and rubbish collection during the four-day event.

Mr Cavanagh said the event had always been about more than music.

“That’s our mantra: music, mates and making a difference,” he said.

“The beauty is that all these community groups and school P&Cs — this is their fundraiser for the weekend.”

“While much is made of our lifesaving aeromedical services, our ability to provide counselling support and look after the emotional needs of these pastoral communities is of equal importance,” she said.

“[This] year has seen the resilience of those across rural and remote Queensland truly tested.

“We thank Muster organisers for shining a light on this important issue.”

Festival-goers have been encouraged through a photography competition to get naked, dress up, and start conversations about mental health.

The winner, 29-year-old Emma Palmblad from Toowoomba, will feature as Ms August in the 2020 Naked Farmer Charity Calendar, which will continue to raise funds for mental health support.

More than 150 artists will take to the stage during the event, among them Muster ambassador, eight-time Golden Guitar winner, and Saturday Night Country presenter Felicity Urquhart.

Three months ago her husband, Glen Hannah, took his own life.

She said finding new ways to talk about mental health was critical.

“It’s so aligned with my journey right now,” she said.

“I was living with someone that had mental health problems and I didn’t even know.

“[On radio] we would always do the spiel about ‘if you need help here’s the Lifeline number, here’s Beyondblue’.

“My husband heard that week-in, week-out and yet he didn’t know how to tell me.

“So to try and find that other link, through communities and conversations and great events like this, we can lose the shame and save a few more lives.”

She said it was still one of her favourite events.

“One of the great things about the Gympie Muster is that everyone gets to come here, all be together, [and] forget about the rest of the world for a little bit,” Chambers said.

“Not worry about the troubles you’ve got at home and the hard times they have out on the land.

“Let’s just get together and have a great time and enjoy some music, make everybody smile, and just love what’s going on around them.”

Celebrating 20 years since the release of her hit album, The Captain, Chambers said the music took on new meaning every year.

“I still just want to play all those songs — it’s still my most special record that I’ve ever made,” she said.

More than 20,000 people are expected through the gates before the Gympie Music Muster ends on Sunday, August 25.