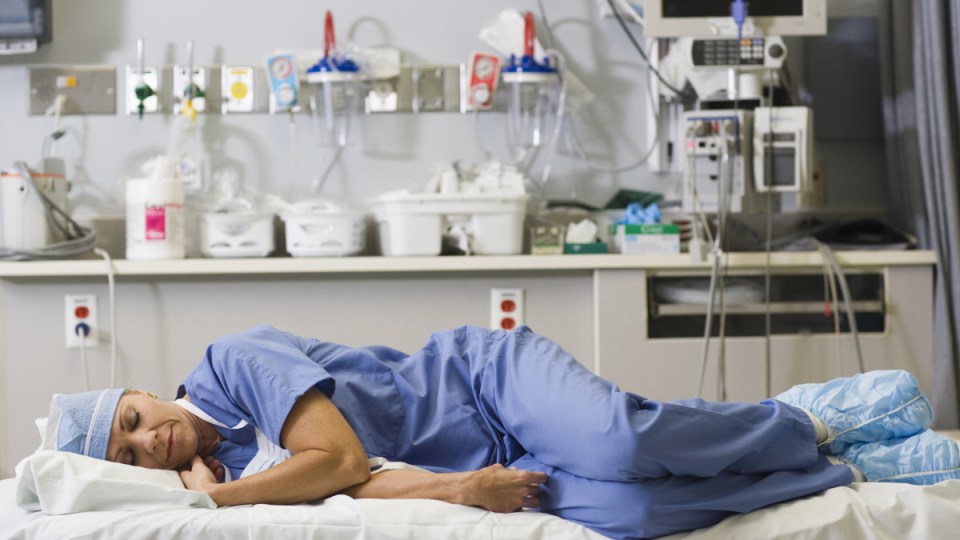 One in three healthcare workers, during shift work, are at greater risk of mental health disorders, errors and accidents. Photo: Getty

Australian researchers have for the first time used a mathematical model to make predictions about a person’s body clock.

This is a significant step towards developing a tool that will allow shift workers to better manage their sleep and alertness at work – and also, crucially, alter their light exposure to bring the body clock back into alignment with their schedule.

Why does this matter?

According to the Alertness Cooperative Research Centre – an industry focused research program committed to maximising alertness in the workplace – one in three healthcare workers are substantially impacted by their shift work, with greater risk of mental health disorders, sick leave, errors at work and the risk of accidents.

Dr Stone told The New Daily tracking the body clock was a huge challenge, especially in shift workers – and simply could not be done in real time, or in the field.

The prevailing method involves measuring blood levels of the sleep hormone melatonin through expensive and time-consuming lab tests during which the test subject must retain a strict posture throughout.

“In this paper, we looked at how effectively we can use a mathematical model, based on what we know of the neurobiology of the sleep-wake system, to make predictions about an individual’s body-clock time,” she said.

“This was vital to test as there is currently no practical way of measuring circadian timing in real time. It’s particularly problematic when developing interventions for shift workers whose body clocks are often at odds with their work roster.”

Every clock is different

Dr Stone said there were “huge differences” between people in how their body clock would respond to shift work.

In theory, she said, it’s similar to jet lag – when you travel across the globe your body clock will be on the old time zone, and you’ll feel nauseous and tired and won’t be able to sleep on the new time zone.

“But when you travel to Paris your body clock will eventually realign with Paris time,” she said.

So you’d think it a similar realignment would happen for shift workers.

“But only 3 per cent of night shift workers will be able to manage get their body clock on to their work schedule,” she said.

Volunteers wore wrist activity monitors throughout a variety of day and night shifts, and rostered days off.

As expected, the timing of when the test subjects were exposed to light and when they were in the dark or dim light had the greatest impact on when their body clocks shifted from alertness to tuning out and drifting toward rest.

The net result was that, for the first time, the mathematical model – built over a long period of time by a succession of researchers – could be generalised to estimate the timing of the body clock in shift-working staff.

More than 80 per cent of body clock times were predicted within one hour on a day-active schedule, and 68 per cent on a night shift schedule.

“With some tinkering of the model to improve accuracy, this approach could be incorporated into a wrist-worn tool that can help predict when a shift worker will feel at their worst,” Dr Stone said.

What happens next would be up to employers to build well-timed personalised interventions like light therapy, caffeine intake and naps into the shift.

Dr Stone said managing on shift alertness in this way “can ensure the workplace is both safer and more productive, and can improve the wellbeing of workers”.