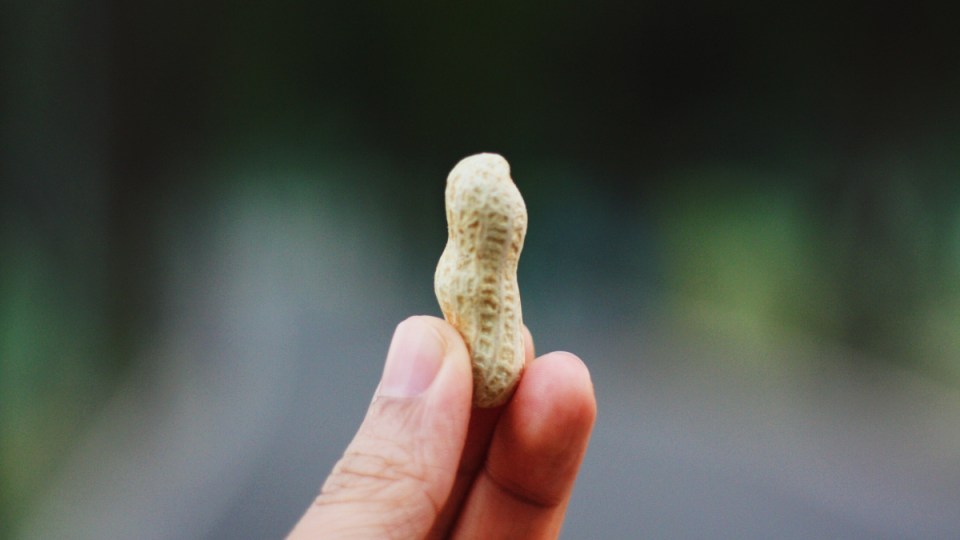 Nut-thing to fear: A US medical breakthrough could reverse food allergies, particularly in children. Photo: Getty

US researchers believe they have found the magic bullet that will prevent and even reverse food allergies, notably in small children.

After studying a series of faecal samples from infants with and without food allergies, the scientists identified six strains of bacteria that – when blended together into an enriched cocktail – seem to protect against the development of those allergies.

These findings add to the growing body of evidence that gut health – and lack thereof – plays a central role in our overall wellbeing.

“This represents a sea change in our approach to therapeutics for food allergies,” said co-senior author Dr Lynn Bry, director of the Massachusetts Host-Microbiome Centre at the Brigham and Women’s Hospital.

“If we administer defined consortia representing the protective microbes as a therapeutic, not only can we prevent food allergies from happening, but we can reverse existing food allergies in pre-clinical models. With these microbes, we are resetting the immune system.”

Dr Bry and two other members of the research team are so confident they are on the right track they’ve founded a company, ConsortiaTX, to develop and market a live human biotherapeutic product (CTX-944) to combat allergies in children. The company is about to launch its first human trial.

According to a statement from Brigham Hospital, the researchers repeatedly collected faecal samples every four to six months from 56 infants who developed food allergies, “finding many differences when comparing their microbiota to 98 infants who did not develop food allergies”.

Faecal microbiota samples from infants with or without food allergies were transplanted into mice who were sensitised to eggs.

These experiments – coupled with computational modelling – led the scientists to identifying the species of bacteria in the human infant gut that protect against food allergies, and finding changes associated with the development of food allergies and an altered immune response.

“In pre-clinical studies in a mouse model of food allergy, the team found that giving an enriched oral formulation of five or six species of bacteria found in the human gut protected against food allergies and reversed established disease by reinforcing tolerance of food allergens,” the hospital said.

The root of the cure

The bacterial cocktail causes changes to the immune system, but what exactly? And how?

The researchers found that the Clostridiales and Bacteroidetes consortia – the two groups of allergy-suppressing bacteria species – stimulated specific regulatory T cells, a class of cells that modulate the immune system, changing their profile to promote tolerant responses instead of allergic responses.

These effects were found both in the pre-clinical models (the mice) and also found to occur in human infants.

The scientists say their new approach represents a marked contrast to oral immunotherapy, a strategy that aims to increase the threshold for triggering an allergic reaction by giving an individual small but increasing amounts of a food allergen.

“Unlike this approach, the bacteriotherapy changes the immune system’s wiring in an allergen-independent fashion, with potential to broadly treat food allergies rather than desensitising an individual to a specific allergen,” the hospital said.

In other words, instead of building up tolerance to one problematic food, these bacterial therapies – which were given to mice in pill form – could free the body from all food allergies.

“When you can get down to a mechanistic understanding of what microbes, microbial products, and targets on the patient side are involved … it also opens up the opportunity for finding a better therapeutic and a better diagnostic approach to disease,” Dr Bry said.

“With food allergies, this has given us a credible therapeutic that we can now take forward for patient care.”

Maybe. Let’s see how those human trials work out first.