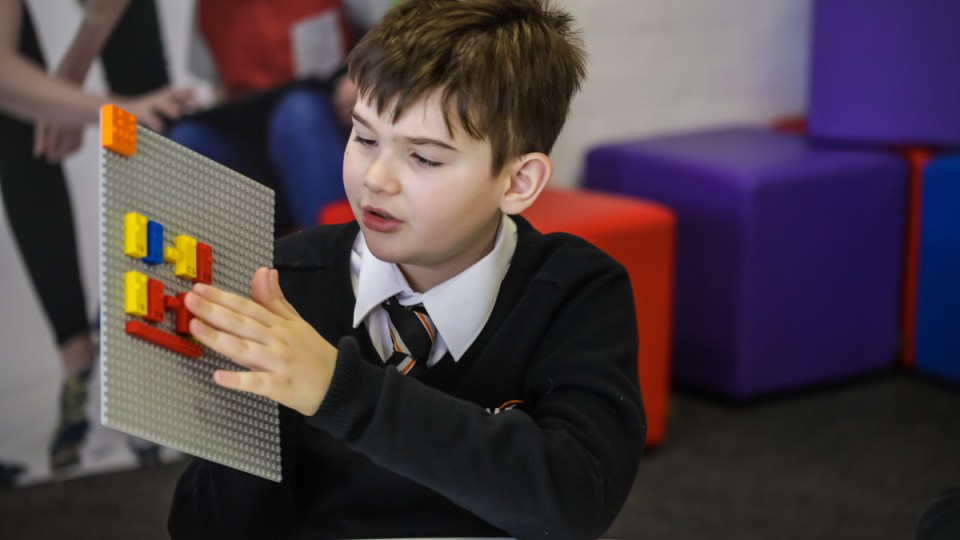 It's hoped the Lego Braille kit will be ready for global distribution next year. Photo: Lego

The classic building block company Lego has announced it will team up with global foundations for the blind to design and distribute special Braille engraved bricks to help children with sight impairments learn the alphabet.

Lego Braille Bricks was unveiled at the Sustainable Brands Conference in Paris on April 24, European time.

The blocks will be engraved with the same number of studs for letters and numbers in the Braille alphabet (plus a printed letter or number), and they’ll be compatible with exisiting and regular Lego bricks.

The concept was first pitched to the toy company in 2011 by Danish Association of the Blind and again in 2017 by Brazil’s Dorina Nowill Foundation for the Blind, a statement from Lego said.

Countries including the United Kingdom and Norway have since jumped on board, and testing is underway throughout the four countries, in preparation for a global launch of the product next year.

European Blind Union treasurer Philippe Chazal said he hoped the bricks would reinstall the importance of learning Braille in children with sight impairments.

“This is particularly critical when we know that Braille users often are more independent, have a higher level of education and better employment opportunities.”

The final Braille kit will contain about 250 bricks, including the entire alphabet, numbers zero to nine, and some math symbols. It will be distributed free of charge to selected institutions.

Mr Bonde worked as an internal consultant on the project, and said he found huge inspirational on working with students and teachers on the project.

“The children’s level of engagement and their interest in being independent and included on equal terms in society is so evident,” he said.