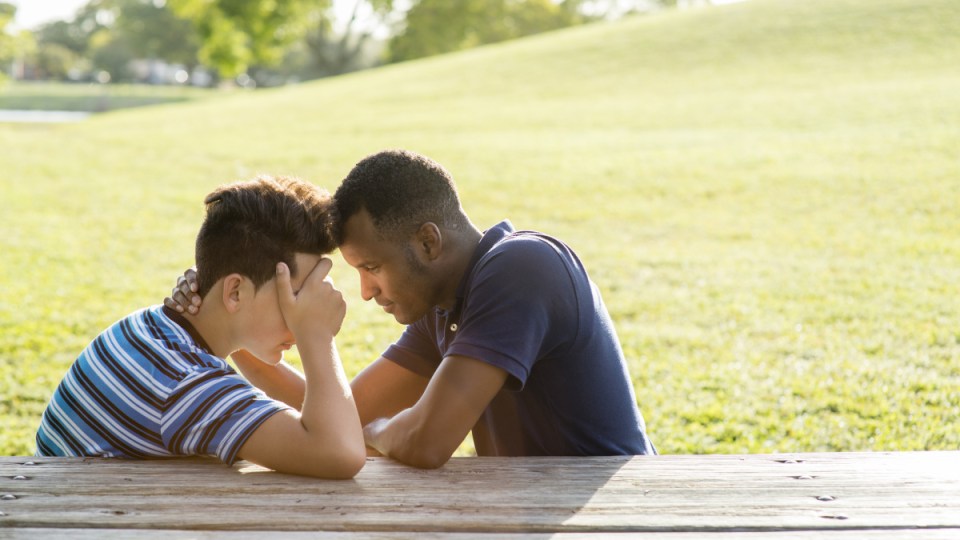 This holiday season is a time when feelings of loneliness and isolation are exacerbated, experts warn. Photo: Getty

When Rob Prugue lost five friends in one year to suicide, he took their deaths personally.

Mr Prugue was plagued by the thought he could have done something to prevent their deaths, had he known of their intentions.

In the course of embarking on a year-long quest to understand mental illness, Mr Prugue realised that even if he had spotted the red flags, he would have shamefully ignored them.

“My inability to engage wasn’t because I didn’t care,” Mr Prugue explained.

But rather, he overwhelmingly feared he would have said the wrong thing and inadvertently tipped his friends over the edge.

Mr Prugue’s anxiety stemmed from the false belief he needed to fix his friends’ problems to reduce their pain.

“The untrained individual has the ability to save a life by the mere act of engagement,” he later learned.

Mr Prugue partnered with SuperFriend, a national mental health organisation to develop People Reaching Out to People (PROP), an education program to empower those three in four people who are not struggling with mental health to engage with those who may be contemplating suicide.

PROP is reminding Australians this holiday season to connect with friends and family members who may be showing signs of mental ill-health.

According to figures released by the Australian Bureau of Statistics in September, 3128 Australians died by suicide in 2017 – 262 more than the previous year.

It continues to be the most common cause of death for Australians aged between 15 and 44.

Psychologist and former Lifeline manager Lyn Bender says the signs of a mental illness may be more evident or heightened during this time of year when some families come together and some are “left behind”.

“In some ways, we are a bit ignorant. Many don’t understand how much it is about feelings of loneliness, isolation and hopelessness,” Ms Bender said.

It isn’t your job to diagnose someone as having a mental health problem but to start a conversation acknowledging any changes to their behaviour that you have observed, she said.

You may begin by saying: “I’m noticing you’re really down. How down do you feel?”

Although many aren’t equipped to recognise suicide-warning signs, if you suspect a person is considering ending their life, it is important to ask them, Ms Bender said.

“It’s a bit like you’re talking them off a ledge, but it’s a ledge of emotion,” she said.

If they admit they want to take their life, it is crucial that you recognise its seriousness, acknowledge any negative emotions they may be feeling, and reassure them you are there for them and they are important to you.

If they ask you not to tell anyone, respond by saying, “I want you to be safe, I really care about you, I don’t want to lose you”.

That can assuage some of their loneliness and make them feel valued, Ms Bender said, adding it is important to reveal to those closest to them their disclosures and your concerns.

After speaking with several people who had overcome a mental health problem, Mr Prugue discovered that even if they might’ve not wanted to answer a question about suicide, by simply asking, it would let the other person know they had someone to call during a crisis.

“At that moment of deep depression, you would have been the phone call I would have made,” he recalled one person saying.

Mr Prugue said it would have been the last question he would have thought to ask.

“What if I gave that person the thought or the idea of taking their own life? The reality is they had that idea well before I asked that question.”