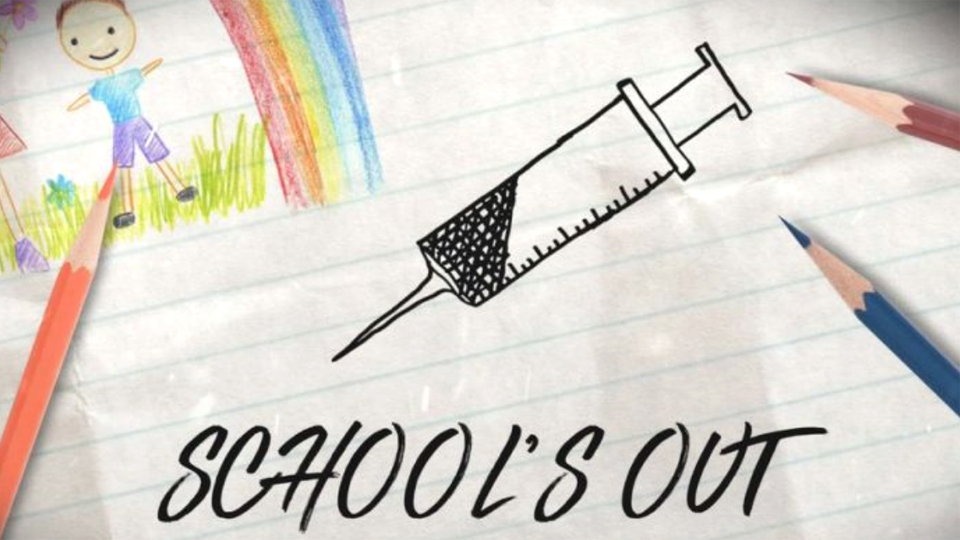 Critics of the 'no jab, no play' policy say it is make some children feel excluded. Photo: ABC
opinion

It’s not every day that you see grown adults suggesting babies might have to die so they can avoid awkward conversations.

But that was the argument at the heart of 7:30‘s No jab, no play report on ABC TV on Tuesday night.

Despite years of watching little babies gasp for air after contracting whooping cough and dying painful and protracted deaths, it turns out there are still parents who don’t want to vaccinate their children.

No surprises there. But as critics explained, perhaps we should just overlook all of that and wind back “no jab, no play” policies banning kids who are not vaccinated from pre-school because it makes them feel “excluded”.

In the anti-vaxxer hotspot of Byron Bay, ground zero of the dangerous cult that is killing babies, we met Katharina Gorka, whose son Manu can’t join sister, Maya, at preschool because the kids are not vaccinated.

“I don’t think it is fair, to be honest. It makes me feel like we are a bit excluded from society, yeah,” she said.

“Did you ever think, ‘I’ll get my son vaccinated so I get around this pre-school problem?’,” the reporter asks.

It turns out no, “because I have a set opinion on vaccinations and that is not going to change”.

Bingo. Katharina is a hardcore anti-vaxxer.

She is the absolute target market for the policy.

A mother who thinks it’s unfair Manu can’t go to pre-school but doesn’t think it’s unfair that her voice might kill another mother’s baby.

A woman who believes the risk to adults undergoing chemo or with illnesses that make them so vulnerable to whooping cough that it could kill, is OK.

But apparently, we are meant to put that gently to one side, because the childcare educators don’t like difficult conversations.

It’s all terribly awkward, you see.

As Gumnut Pre-school co-ordinator Lina Beerling explained, it is confronting telling parents their children need to be vaccinated. They are missing out on pre-school, but that’s the point. Nobody is suggesting they can’t attend school when they are five.

Mullumbimby pre-school’s Simon Roberts supports vaccination, but still, “what about the marginalised?”.

The only problem is, these kids are not marginalised at all.

Many are not poor. In fact, some wealthy pockets of Sydney are anti-vax hotspots, too. These children are marginalised by the stupidity of their parents, which is the entire point of the policy.

The prospect of pre-schools closing because of anti-vaxxers was also raised in No Jab, No Play. Little in the way of hard statistics in the area was provided to support this claim of school closures.

At one point, a child health expert described the policy as causing “unintended consequences”.

Except, as a parent of three children, I can assure you the consequences of excluding a child who could infect other children with a deadly disease is intended. It’s the whole point.

While the ABC did interview Toni McCaffrey, a mother whose four-week-old baby Dana tragically died of whooping cough, coverage of vaccination must never degenerate into a “he said, she said” approach.

This is not a debate. Vaccination saves lives.

As mother Heidi Robertson told the ABC, immunisation rates have increased and continue to go up every time new data comes out.

“In a region like ours, where nothing else has worked, this seems to be the one thing that has worked,” she said.

For some reason, the point that really angered me was the breezy concession the policies have led to “some” kids getting immunised.

Some? The federal government’s “no jab, no pay” policy that strips parents of welfare if they don’t immunise, has forced 200,000 kids who were not immunised to get vaccinated. The statistics are not hard to find.

It’s a roaring success. And mothers love it.

But for some reason or other, this is not enough to convince Gumnut’s Lina Beerling.

“Probably eight families where I’ve had to directly say ‘no’ to. The first question is ‘is your child immunised?’,” she said.

“If they say ‘no’, then I have to look at them and say they can’t come and then look at the child and say, ‘I’m sorry, you can’t come’.

“That is a really difficult thing to do.”

But would you prefer a dead baby?