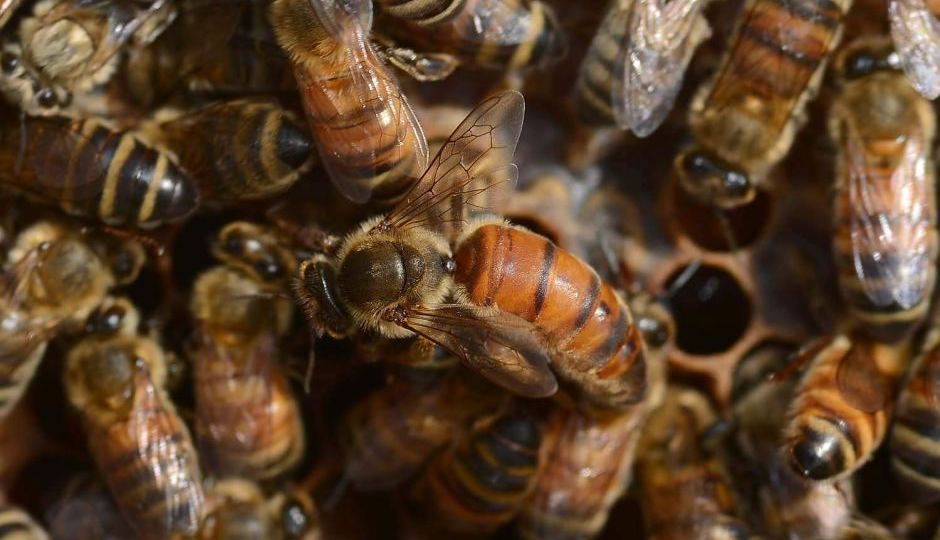 Social media is abuzz with photos of bees drinking sugar water from teaspoons, after a post on a fan page dedicated to British naturalist Sir David Attenborough drew attention to the dwindling population of bees worldwide.

Since 2013, bee populations in some parts of the world have fallen by a third. Phenomena ranging from the spread of the varroa mite to climate change are being blamed.

In Australia, researchers and authorities say local bee populations remain resilient. In Europe, Asia, North America and even New Zealand, it is a different story.

Just found a little bumble bee crawling around in my house. Realised the poor thing was tired, using what Sir David Attenborough said mixing sugar and water helped this little bee regain its energy to carry on its day 💕🐝 pic.twitter.com/7VdnfFUQd6

In a widely-shared Facebook post that has inspired the hashtag #savethebees, the Attenborough fan page warned the disappearance of bees would spell the end of humanity within four years.

“If bees were to disappear from the face of the earth, humans would have just four years left to live,” it said.

“If you find a tired bee in your home, a simple solution of sugar and water will help revive an exhausted bee.

“Simply mix two tablespoons of white, granulated sugar with one tablespoon of water, and place on a spoon for the bee to reach.”

In Australia, amateur beekeepers say the suggestion about sugar water to help bees in distress is sound.

The best things Australians can do to support bees is to plant flowering plants in their gardens, and to support bee colonies when they are swarming in search of a hive, the Amateur Beekeepers Association’s Nathan Organ told the ABC’s daily podcast The Signal.

“The suburbs are a great place for bees, and that’s where backyard gardeners are important, in terms of their use of pesticides and that sort of stuff,” he told The Signal.

“If our urban gardens are pesticide free, then our urban honey will have fewer pesticides in it, and the bees will benefit.

“The best thing Australians can do is to plant plants – not necessarily native plants, but plants that the bees love – so typically, blues, yellows and oranges – they’re the favourite colours of bees.”

Bees ‘our modern-day canaries in the coal-mine’

The reasons behind the progressive disappearance of bees are complex. But bee enthusiast and eco-stress physiologist Dr Reese Halter said the use of neonicotinoids on crops, rising average global temperatures and the spread of the varroa mite – which causes deformed wing virus in bees – were the principal causes.

Dr Halter said a decision by the European Union to phase out the use of neonicotinoids everywhere except in greenhouses by the end of this year was a good way to try to help global bee populations recover.

He urged the US and Australian governments to follow suit.

“This is a crisis of epic proportions, and we need lawmakers to make laws so that we can protect our only home,” he said.

“Bees are our modern-day canaries in the coal mine. In excess of 336,000 types of plants are pollinated by bees, and the bees contribute to 75 per cent of our food crops.

“We need to make some very serious changes in the next five or six years, because we can’t lose these bees.”

The Australian Pesticides and Veterinary Medicines Authority, which regulates agricultural and veterinary chemical products in Australia, has been monitoring the European decision on neonicotinoids.

It has no plans to implement a similar ban in Australia at this stage, but said on its website it will “continue to monitor and assess new information and credible scientific reports as they become available”.

It also said the problem of declining bee populations in Europe is a “complex issue” that involves “the interaction of many factors in addition to pesticide use, such as nutrition, environment and disease, that are not of concern to Australia’s bee population”.

The frontline in Australia’s battle to avoid the problems that beset bee populations in most other parts of the world is a network of “sentinel hives”, positioned around the country’s major sea ports.

Justine Crawford oversees about a dozen such hives around Port Botany in Sydney, and about seven at Port Kembla, south of Wollongong.

She said containers arriving in Australia from ports overseas sometimes contained bees that have set up colonies inside.

“If you think about the millions of containers in ports worldwide, they sit there for months, and for bees it’s one of the best places to build a home,” she said.

“I call them Houdinis – they actually can find their way into the tiniest little spaces and make it home.”

Ms Crawford said she uses a sticky mat placed in the hives to collect samples from each of the colonies, which are then sent to the New South Wales Department of Primary Industries for analysis.

Once abnormalities are detected – including the presence of the deadly varroa mite – bees in all the known colonies in the surrounding area are exterminated to try to contain the spread.

“If they find anything, they’ll phone us straight away, and then it’s a matter of every single beehive within a 20-kilometre radius being shut down,” she said.

Ms Crawford said the system is rigorous. But she fears it is only a matter of time before the diseases that have destroyed bee populations overseas arrive in Australia.

“If you read all the reports, they’re all saying: ‘It will happen, they will get here’,” she said.

Bees are dying. What can we do about it?