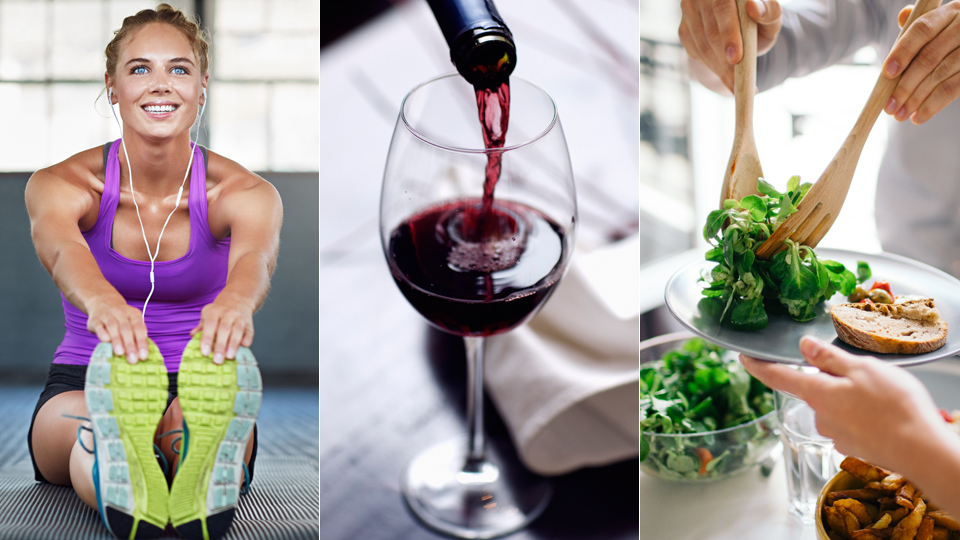 One is a lot more important than the others. Photos: Getty

Want to extend your life by at least 10 years?

A major new US study suggests adults who follow healthy lifestyle habits may prolong their life by more than a decade – and one of these factors is more powerful than the others.

Researchers found that maintaining five habits – not drinking too much alcohol, eating a healthy diet, exercising regularly, keeping a healthy weight and never smoking – could increase your lifespan by up to 14 years.

At age 50, adhering to these five lifestyle factors was associated with 12.2 extra years of life expectancy for men and 14 years longer for women, compared to not following these habits, the study found.

“This study underscored the importance of following healthy lifestyle habits for improving longevity in the US population,” said senior study author Frank Hu of the Harvard TH Chan School of Public Health in Boston.

“However, adherence to healthy lifestyle habits is very low,” he added.

Even though the US is one of the wealthiest countries in the world, it has a shorter life expectancy compared with residents of almost all other high-income countries, researchers noted.

“Adopting a healthy lifestyle could substantially reduce premature mortality and prolong life expectancy in US adults,” the authors concluded in the study published in the American Heart Association’s journal Circulation.

One factor ‘most important’

Dr Richard Kidd, chair of the Australian Medical Association council of general practice, said the study reaffirms the importance of leading a healthy lifestyle to help reduce disease and illness.

“People need to lead a healthy lifestyle in which they eat healthily, get the minimum amount of exercise and in which they are careful about body weight, diet and alcohol,” Dr Kidd told The New Daily.

Smoking remains the leading preventable cause of death and disease in Australia, claiming the lives of 15,500 people every year, according to Cancer Council Australia.

In the study, which looked at up to 34 years of data from 79,000 female nurses and 44,000 male health professionals, researchers defined ‘moderate alcohol intake’ as up to about one 150ml glass of wine per day for women or up to two glasses for men.

The ideal body mass index, or BMI, was defined as being between 18.5 to 24.9, which is the same as in Australia.

‘Exercise’ consisted of doing moderate to vigorous physical activity for 30 minutes every day.

According to the Australian Heart Foundation at least half an hour of physical activity a day can reduce the risk of heart disease by 35 per cent.

Dr Kidd described the results of the study as ‘unsurprising’.

“It’s nice to have more evidence that we are on the right track. It would have been really worrying if this study had shown something different so from that point of view it’s reassuring,” he said.

“We have to keep doing it, finding more effective ways to keep communicating it to people so that people want to choose a healthy lifestyle.”