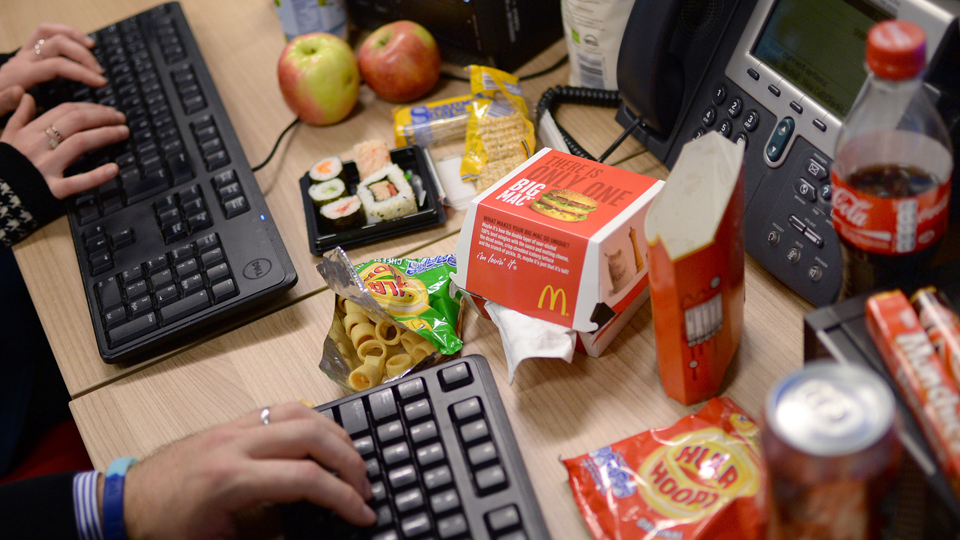 75 per cent of Australian workers feel chained to their desks. Photo: AAP

A record number of Australian workers are slaving through a day’s work without taking a lunch break, a new study has revealed.

Of the 500 employees surveyed by Pollfish, 75 per cent felt they could not spare any time for rest or a meal because of overwhelming workloads and too few workers to share the burden.

Others felt guilty while some workers wanted to please those higher-up, the study commissioned by software company TSheets found.

Alarmingly, only one in 10 employees said they took daily meal breaks while one in four skipped lunch each day.

“I said to one young lady, I’m shooting out to get a bite to eat. I looked around the room and everybody’s still working. It’s already way into lunch time and nobody’s gone to lunch.

I felt embarrassed to be leaving the room. Am I supposed to be working through my lunchtime like everybody else? They all do it and they do it everyday.

Fifty per cent of workers said skipping a proper lunch or meal break made them less productive, the study found.

“If you are constantly in the same place for an extended amount of time, your brain will effectively switch off,” he said.

“In that respect, it’s quite good to actually walk out of your building every hour or so just to keep yourself engaged so you don’t get stale at your desk.” 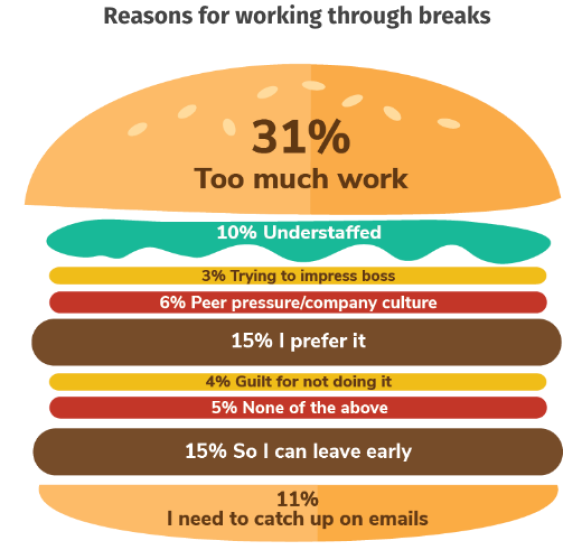 ACTU chief of staff Ben Davison said companies use the costs of lost productivity as an excuse not to increase wages.

“That’s a big problem for the Australian economy and for people in the workplace,” he said.

“There’s no recourse for working people to actually enforce their right to take a break so they’re stuck in this loop of missing their lunch break.”

The average lunch break for Australians was 30 minutes while workers in Spain and Greece enjoyed up to three hours, the survey found. 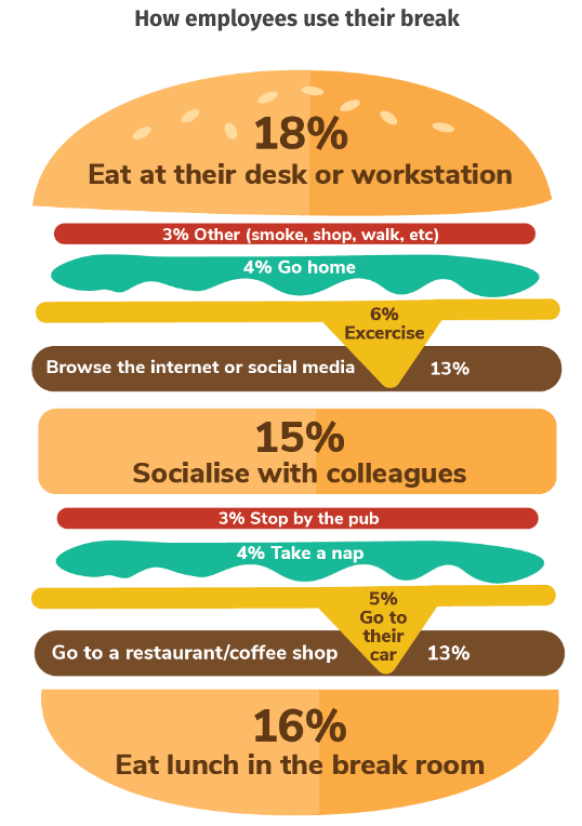 Seventy-three per cent of employees said their workplace kept a record of their breaks and working hours.

According to the Australia Institute, workers who took a lunch break were more likely to enjoy their day.

But 3.8 million Australian workers routinely don’t take a lunch break, according to a report by the Australia Institute in 2013. 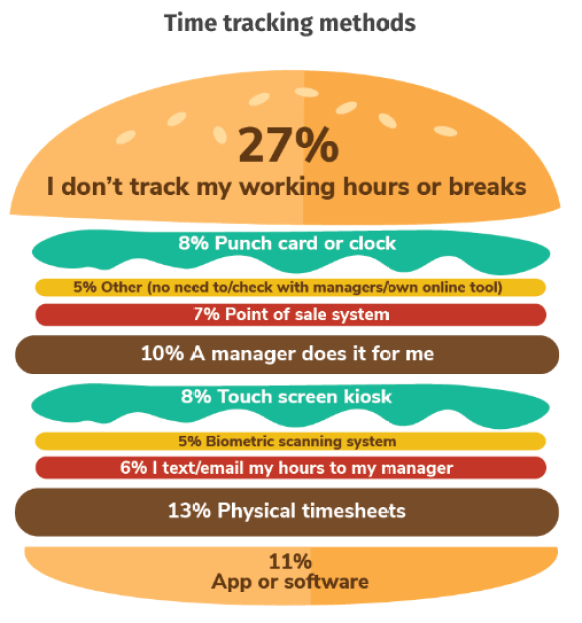 ACTU’s Mr Davison said this showed that most organisations were aware their employees were not taking a break but did nothing about it.

In fact, almost a quarter of workers said they were asked to work through their lunch break, daily. 10 per cent were not even sure they were entitled to a meal break, the study found.

The standard for employees who work more than five hours is a 30-minute unpaid meal break.

“There are a lot of managers in Australian workplaces who are not saying to their staff what they should be saying which is ‘you need to take a lunch break’,” Mr Davison said.

“Management absolutely has an obligation to make sure that people are able to access their rights.”

However, Professor Andrews warned that having a “big lunch” could negatively impact a worker’s productivity.

“When you eat, the hormones and nutrients released with the food consumption can tell the brain to tune itself out and focus on trying to digest the food,” he said.

“Foods rich in carbohydrates will elicit a strong post ingestive response … and put you in a slightly sleepier state.”