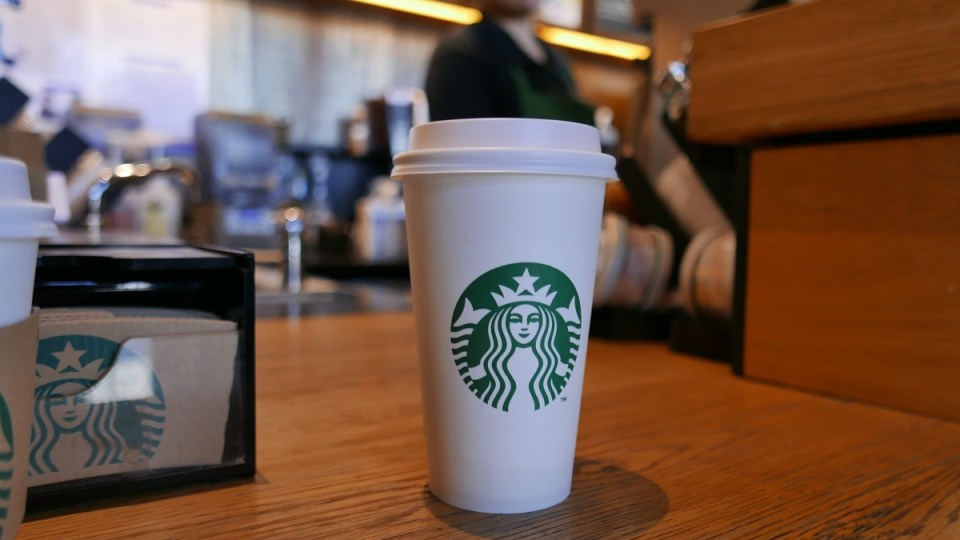 Starbucks was one of the coffee retailers targeted by the legal action. Photo: Getty

Coffee companies in California have been ordered to place an ominous cancer warning on their products because of a chemical produced in the roasting process.

Los Angeles Superior Court Judge Elihu Berle said in a decision this week that Starbucks and other companies had failed to show there was no significant risk from a carcinogen produced in the coffee roasting process.

Little-known, non-profit group Council for Education and Research on Toxics had sued coffee roasters, distributors and retailers under a state law that requires warnings on a wide range of chemicals that can cause cancer.

One of those chemicals is acrylamide, a carcinogen present in coffee.

“While the plaintiff offered evidence that consumption of coffee increases the risk of harm to the foetus, to infants, to children and to adults, defendants’ medical and epidemiology experts testified that they had no opinion on causation,” Judge Berle wrote.

“Defendants failed to satisfy their burden of proving by a preponderance of evidence that consumption of coffee confers a benefit to human health.”

The coffee industry had claimed the chemical was present at harmless levels and should be exempt from the law because it results naturally from the cooking process required to give the beans flavour.

The case has been developing for eight years and is still not over. A third-phase of trial will later determine any civil penalties that coffee companies must pay.

With potential penalties up to $US2500 ($3260) per person exposed each day over eight years, that figure could be astronomical in a state with close to 40 million residents, though such a massive figure is very unlikely.

According to CNN, more than a dozen retailers have settled claims  for hundreds of thousands of dollars. They have also agreed to post warnings about the acrylamide in coffee.

But Cancer Council Australia adviser Professor Bernard W. Stewart, a UNSW conjoint professor, earlier told The New Daily that the acrylamide debate was a storm in a teacup.

He said there was no conclusive evidence to suggest consuming acrylamide in coffee increases cancer risk.

“We would have no teacup storm were it not for the distorting effect of a Californian law designed to reduce the burden of cancer [that is] being misused in what amounts to a technicality,” he told TND.

Under Californian law, businesses must warn customers if their products contain any of 65 chemicals, including acrylamide, that are linked with cancer, birth defects or other reproductive issues. Fast food outlets in the state – including McDonald’s and Burger King – have carried warnings about acrylamide since 2008.

Acrylamide forms when carbohydrate-based foods are cooked at temperatures of more than 120 degrees. It is a byproduct of the Maillard reaction, the same process that makes bread turn brown when it is toasted and chips turn golden-brown when they are fried.

The chemical is also found in breakfast cereals, biscuits and crackers.

The view of the World Health Organisation’s International Agency for Research on Cancer on coffee and cancer, updated in 2016, is that there is “no conclusive evidence for a carcinogenic effect”.

The IARC had previously described coffee as “possibly carcinogenic” and linked it to bladder cancer.

“That hypothesis is now recognised as wrong,” Professor Stewart says. “Going one step further, there is a recognised body of evidence that drinking coffee actually reduces the risk of cancer.”

Acrylamide has been shown to damage DNA in some animal studies, and it has been associated with cancer in mice.