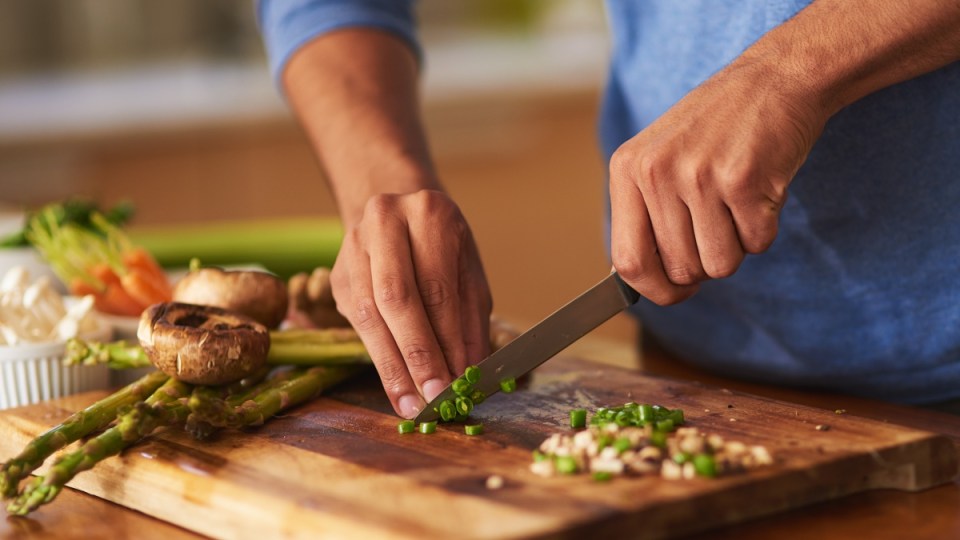 Dieters are giving up on paleo in favour of the even-stricter ketogenic. Photo: Getty
opinion

Google searches for the keto diet have tripled in the past 12 months, and celebrities who once sang the praises of the “caveman diet” are now “going keto”. But does this extreme diet, which promises to shed kilos fast, live up to the hype?

What is the ketogenic diet?

The ketogenic diet, commonly known as keto, severely limits your carbohydrate intake. This puts you into a metabolic state called ketosis, which helps your body burn fat for energy.

The ratio of calories in a standard ketogenic diet typically consists of 75 per cent fat, 20 per cent protein and only 5 per cent carbs.

There are no cheat days with the ketogenic diet. Indulging in a bite of chocolate, a glass of wine or, even, more than one piece of fruit will exceed your daily carb allowance and put you out of ketosis.

It can help with weight loss, initially

You will likely experience some immediate weight loss success on a very low-carbohydrate diet.

Every gram of carbohydrate stored in your body has four grams of water bound to it. As carbs are depleted, the water weight is lost with it. But, if you ever eat carbs again, the water weight will immediately return.

The keto diet also forces you to completely remove an entire food group – as well as junk food and drinks. This means you end up eating fewer calories overall than you might be used to.

The keto diet is hard to maintain

Of course, it’s possible to lose fat if you manage to stick to a keto diet. However, studies show that many people find it difficult to reach a state of ketosis and remain there.

In a randomised controlled trial involving 120 overweight men and women, 64 per cent of the participants on the very low-carbohydrate diet reached ketosis after a fortnight. After six months, this figure had dwindled to just 18 per cent.

Another controlled trial, published in The Journal of Clinical Endocrinology and Metabolism, found that a very low-carbohydrate diet was more effective than a low-fat diet for short-term weight loss.

However, ketone levels dropped significantly between the three-month and six-month marks, indicating that most subjects were unable to maintain the keto diet beyond six months.

There is limited research on the long-term weight-loss effects of a ketogenic diet.

The only long-term weight-loss data available comes from rodent studies. In a 2014 study, researchers found that mice fed a keto diet lost weight in the first week but failed to lose any additional weight after 22 weeks.

A 2015 Harvard study found that mice fed a keto diet for 80 weeks lost weight in the first 18 weeks, but gradually regained it. They even surpassed their initial weight.

Other studies have shown that some mice on a keto diet will go on to develop insulin resistance and fatty liver disease.

If you are considering a keto diet, the first thing you should do is speak to your GP or dietitian. There are ways to cut down on carbohydrates, without going to extremes.

For example, the average person eats more than 300 grams of carbohydrates a day. Cutting your carb intake to 150 grams can be game-changing.

A modest approach – for example a low-carb, yet higher-protein eating pattern – is a better option for those who want to lose some fat and improve their health. This allows you the flexibility to enjoy regular dairy foods, starchy vegetables such as potatoes or legumes, and also your minimum of two fruits a day, which is one of the main dietary guidelines for good health.

Joe Leech is a Sydney dietitian. He writes about diet-related disorders at www.DietvsDisease.org