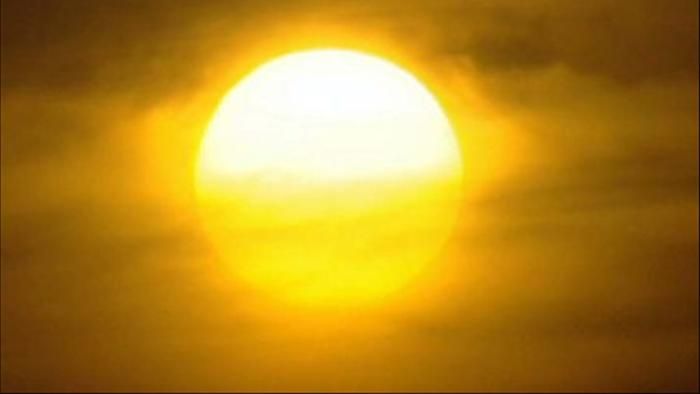 Are you ready for the climate apocalypse? Photo: AAP
analysis

Aren’t you just sick of the soaring temperatures, melting icecaps, floods, drought and maybe nuclear war? Get used to it. Better still, do something about it.

The world as we know it – civilised or at least blessed with supermarkets – could well be coming to an end. This is the talk of the “preppers”, people preparing for when it all comes to a head.

Survivalists have long suffered with a paranoid bonkers reputation, but the conversation in the last few years has gone increasingly mainstream and earnest.

The question is: are you going to be a modern-day Noah and make preparations for your survival, or will you will be one of those nay-sayers who have a big cry as they’re washed away or evaporate in the heat?

Survivalism is up, notably among rich people. Recently it was reported some are buying into the Survival Condo Project, a former missile silo in Kansas: converted into luxury apartments for swank souls scared of impending chaos.

Others are moving to New Zealand where it’s national policy to make everything lovely and decent.

If rich people are diving into bolt-holes, what are the rest of us to do?

Get some surgery done while there are still hospitals.

When going tooth and claw, it’s the little things that count.

Two years ago, Steve Huffman, the super-wealthy but near-sighted founder of Reddit, underwent laser surgery – because he didn’t want to worry about contact lenses or nerdy glasses in our Mad Max future.

Huffman’s anxieties were part of a very long New Yorker story about the abundance of apocalyptic rich folk, published in January 2017.

It wrote: “In private Facebook groups, wealthy survivalists swap tips on gas masks, bunkers, and locations safe from the effects of climate change. One member, the head of an investment firm, told me, ‘I keep a helicopter gassed up all the time’.”

Last September, The New York Times wrote a survival guide for the comfortably middle class: How to Survive the Apocalypse. It started off sensibly enough with “satchels” for survival gear and kayaks for flooding – and then went on to mini-parachutes (for jumping out of distressed tall buildings) and a rocket man jet-pack.

The book advises on “ways to provide your own food, power and water, make sure you can still get around, and get rid of your waste and sewage”.

They write about facing your fears, knowing where to live and with whom – and how it will feel – “the sadness of living through climate change”.

Their best advice: whether moving to drier ground or staying put, make lots of friends. In a pinch, they maybe all you have. And just in case, you become very good friends:

Stock up on condoms

Hey hipsters, you might be having less sex than previous generations – as reported recently in the Los Angeles Times – but keep that packet of condoms handy anyway.

They make great slingshots for a quick dinner of lizards and small birds, sizeable water containers and a neat way to keep your tinder dry in a post-apocalyptic rainstorm.

This is from a post at The Prepper’s Journal by Creek Stewart. He lists “11 ways that condoms can save your life.” You can find them here.

My favourite is the condom fire hand drill.

Forming your own armed militia and move to a hill.

In it’s apocalypse survival guide, The New York Times shared the advice of Jason Charles, a firefighter and organiser of the New York City Prepper’s Network, about what kind of weapons we should carry on our person. And it wasn’t big ticket items …

“You have to go simpler — hammers, hatchets, certain heavy tools,” he said.

Five things to help you survive the climate apocalypse