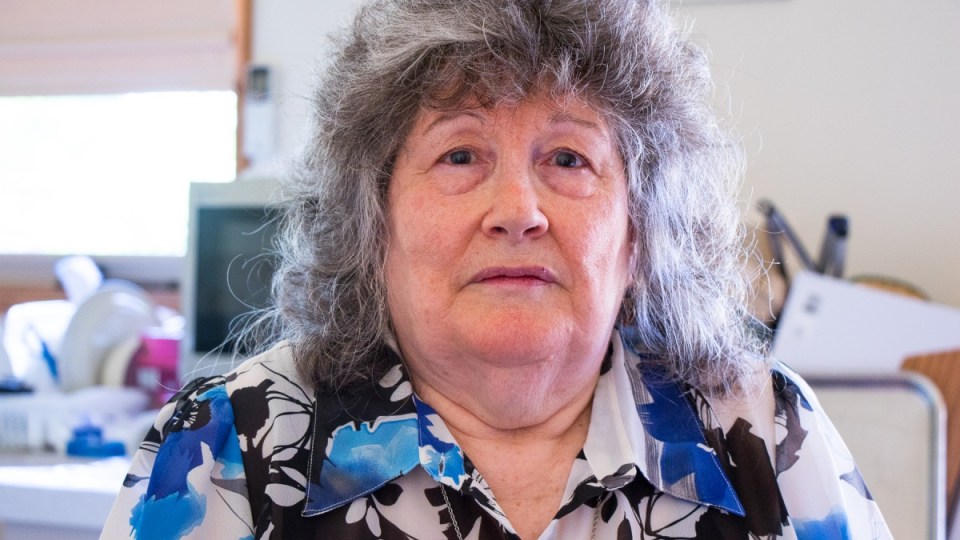 Teresa Lovejoy was told she had “no other option” but to have a radical hysterectomy – the removal of her cervix, uterus, fallopian tubes, ovaries and some lymph nodes.

But the doctors were wrong. All those parts of her anatomy were healthy.

Twelve years later, Ms Lovejoy, 70, from Hallam in Victoria, endures constant excruciating pain, incontinence, and anger that she let herself be pressured into major surgery she never needed.

Sometimes I wail so loud, I think the neighbours might think I’m dying.

During an annual pap smear, Ms Lovejoy, a former office worker for over 30 years, was told she had post-menopausal bleeding, despite not reporting “a single drop of blood”.

Doctors scraped off the lining of her womb (a procedure called ‘curettage’) but discovered a malignancy they told her could only be removed by a radical hysterectomy.

Ms Lovejoy said she “begged” for an alternative but remembers being “yelled at” by her gynaecologist: “‘You should be lucky you don’t have to have chemotherapy like all those women out there in the waiting room. They weren’t so lucky’.”

Despite feeling railroaded and rushed by her gynaecologist, Ms Lovejoy signed a consent form to undergo the procedure because she “knew no better”.

Two days after the procedure, Ms Lovejoy discovered she never had cancer to begin with.

“How else were we going to find out if you had cancer unless we cut out your organs?” she recalled her gynaecologist saying.

Ms Lovejoy asked about her ovaries, which were permanently removed in the procedure, and was told: “They’re useless anyway after menopause.”

Ms Lovejoy’s story is, according to one health body, part of a wider problem of unwarranted hysterectomies being performed in Australia.

International non-profit women’s health organisation, the Hysterectomy Educational Resources and Services (HERS) Foundation, has counselled 312 Australian women over the past two decades who were told by gynaecologists they needed a hysterectomy.

HERS has referred thousands of women to certified gynaecologists who are experts in certain conditions such as fibroids, endometrial hyperplasia, uterine prolapse or endometriosis.

HERS founder and president Nora Coffey told The New Daily that only four of the 312 women in Australia had a life-threatening condition that required a hysterectomy.

One woman had early-stage ovarian cancer, two had confirmed cancer of the uterus that had not metastasised, and one had a postpartum haemorrhage.

In the other 308 women there was a conservative alternative to hysterectomy, including no treatment, Ms Coffey said.

“The majority of hysterectomies performed in Australia and other countries were for fibroids, heavy or irregular menstruation, or pelvic pain.”

Alarmingly, not one woman was told of the damaging effects of having their female organs removed, according to HERS.

Many women were also made to feel that their concerns were “foolish”, Ms Coffey said.

Danny Vadasz, the CEO of Health Issues Centre, a consumer health advocacy organisation, said the HERS Foundation finding “does not unfortunately surprise me”.

We are aware that there is a broader problem in the health system of Australia of unnecessary and avoidable surgeries being conducted.

According to an international medical journal, the rate of hysterectomies performed in Australia significantly decreased between 2000 and 2014, with an average annual 2.8 per cent decline.

Medical director Dr Elizabeth Farrell at women’s health organisation Jean Hailes said the Mirena IUD, a small contraceptive device inserted into the uterus, has made significant inroads in reducing the rate of hysterectomies because it has treated heavy periods in women “so well”.

Dr Farrell said a hysterectomy should only be employed when non-surgical treatments fail.

When a “women’s quality of life is impaired by constant, persistent heavy bleeding”, a hysterectomy could offer a permanent solution, she said.

A 2017 report in the Lancet medical journal found up to 70 per cent of hysterectomies in the US were unnecessary.

The second Australian Atlas of Healthcare Variation expressed concern about the overuse of hysterectomies for the treatment of non-cancer conditions.

However, Professor Beverley Vollenhoven, head of gynaecology for Monash Health, said: “There are a lot of women who have had hysterectomies and are incredibly happy at the end of it because their life is so much better.”

Monash Health only offers surgery if non-surgical treatments are not viable or have failed to treat heavy bleeding in women, Professor Vollenhoven said.

Common non-surgical treatments include the use of a birth control pill, contraceptive injections, tranexamic acid tablets or the Mirena IUD.

Dr Charlotte Elder from the Royal Australian and New Zealand College of Obstetricians and Gynaecologists said “non-surgical management of gynaecological problems is booming at the moment”.

Patients should always understand that it is OK to ask their doctor questions, she said.

“Unless it’s an emergency, lifesaving situation, you don’t need to rush into any decisions.”

After speaking with The New Daily, Health Issues Centre CEO Mr Vadasz said the body is interested in hearing the experiences of women that were encouraged to undergo hysterectomies.

A hysterectomy ruined Teresa’s life. She wants other women to beware