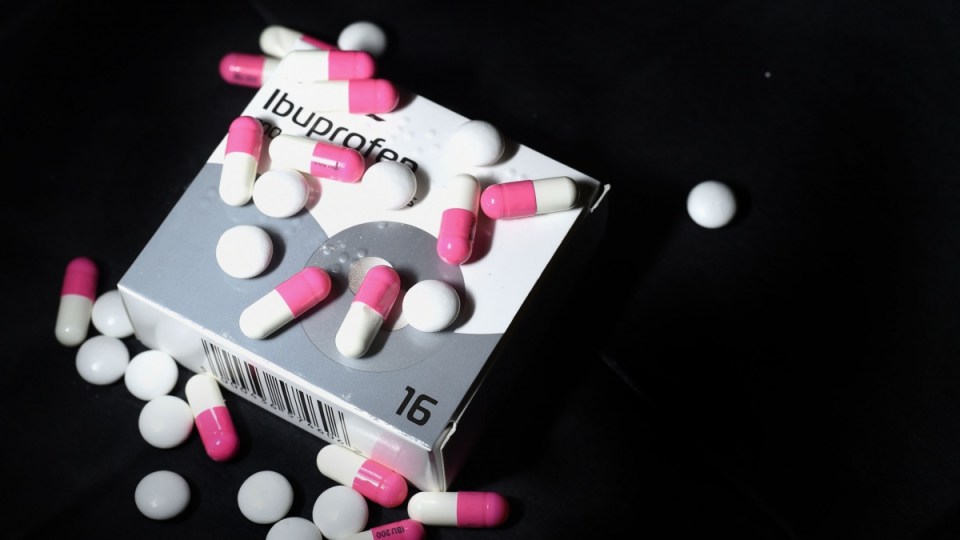 Mothers who take ibuprofen in the first trimester of pregnancy could be dramatically hurting the future fertility of their daughters, a new study suggests. Photo: AAP

Women who take the common painkiller ibuprofen for even short periods during early pregnancy could be harming the fertility of their daughters, a new study suggests.

French researchers found evidence that ibuprofen, when taken for just two-to-seven days in the first three months of pregnancy, can dramatically reduce the number of eggs baby girls end up with.

The painkiller was associated with a dramatic loss of the germ cells that go into making the follicles from which female eggs develop. Lab tests showed the germ cells either died or failed to grow and multiply at the usual rate.

“Baby girls are born with a finite number of follicles in their ovaries and this defines their future reproductive capacity as adults,” says Dr Severine Mazaud-Guittot from the French National Institute of Health and Medical Research (INSERM).

“A poorly-stocked initial reserve will result in a shortened reproductive life span, early menopause or infertility.”

Researchers harvested the ovarian tissue of 185 legally-terminated foetuses, with their mother’s consent.

They then cultured the ovarian tissue in a lab. Tissue from each foetus was divided, with one sample exposed to ibuprofen, the other not.

Ibuprofen was found to cross the placental barrier, with foetuses essentially exposed to the same concentration of the drug as the mother.

“We found that two-to-seven days of exposure to ibuprofen dramatically reduced the germ cell stockpile in human foetal ovaries during the first trimester of pregnancy and the ovaries did not recover fully from this damage,” Dr Mazaud-Guittot said.

“This suggests that prolonged exposure to ibuprofen during foetal life may lead to long-term effects on women’s fertility”, with concerns negative effects could carry on until the 24th week of pregnancy.

It is estimated that about 30 per cent of pregnant women take ibuprofen in their first trimester.

Current recommendations say the drug should not be taken after that time, as it is known to increase the risk of foetal malformations. However, there was no firm guidance on whether or not it is safe to take the drug in the early weeks.

The study was published in the journal Human Reproduction.