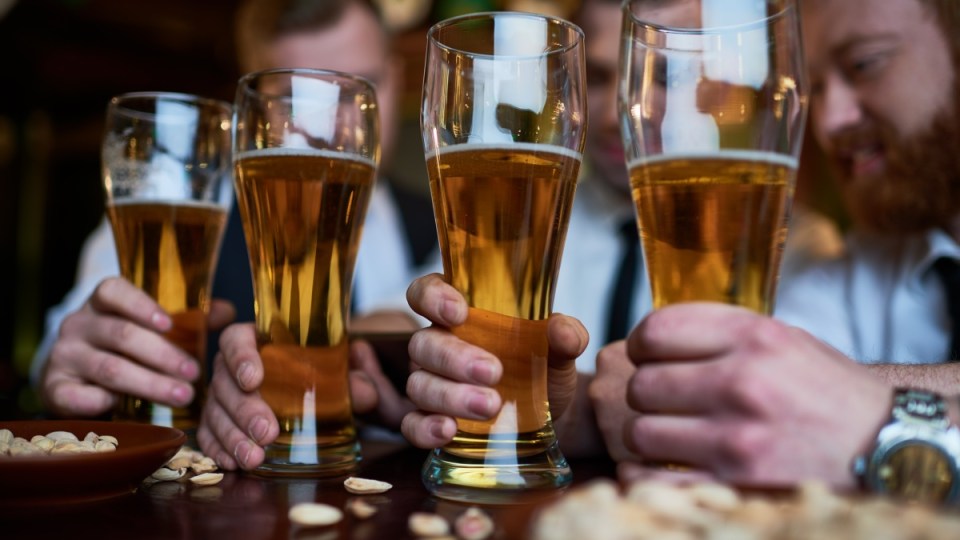 In some markets, beer prices could triple. Photo: Getty

A labelling loophole for alcoholic beverages has created an uneven playing field in the debate about a tax on sugary drinks, a leading dietician and carbohydrates expert says.

University of Sydney research associate Dr Alan Barclay says soft drinks are not the biggest contributor of liquid calories in our diet.

“The No.1 source of liquid calories is alcohol beverages, not sugar-sweetened drinks, in Australia,” he says.

“Yet people don’t know that because we don’t label [alcoholic drinks] with carbohydrates or kilojoules.”

Alcohol, with or without added sugar, is kilojoule-dense. A standard drink with 10 grams of alcohol might contain about 270 kilojoules.

The total number of kilojoules varies depending on the drink, its strength and how it is consumed. Consumer group Choice estimates that one bottle of cider can contain 868 kilojoules, the equivalent of a small McDonald’s fries.

Dr Barclay says if a sugar tax is introduced in Australia it should be in conjunction with a review of alcoholic beverage tax and labelling regulations.

The Australian Medical Association is advocating a tax on the sugar content of sugar-sweetened beverages such as soft drinks as a way of combating growing obesity. It has the backing of the Greens but not of either of the major political parties or the industry.

Published in the Journal of Epidemiology & Community Health, the study analysed data from 31,919 British households. Researchers found that purchases of diet drink, juices and lager rose when the price of high-sugar content drinks rose.

But purchases of medium-sugar content drinks and spirits fell, the study found.

Professor Robin Room, editor-in-chief of peer-reviewed journal Drug and Alcohol Review, says the study raises issues but should not be relied on for policy decisions.

“In Australia, this information is on every other drink and food product, but not on alcoholic beverages,” he says.

“Changing the policy so the information is on the label would be a good first step in getting us all thinking about the contribution of alcohol drinking to weight gain.”

The AMA’s 2018 position statement on nutrition also recommended wider use of food-labelling initiatives such as the Health Star Rating for packaged foods and drinks. But it stopped short of similar recommendations for alcoholic beverages.

“The reason why they have chosen soft drinks is that soft drinks are very discreet categories,” Professor Tim Gill, from the University of Sydney’s Boden Institute of Obesity, Nutrition, Exercise and Eating Disorders, told the ABC in 2016.

“It is possible to define them fairly easily, to levy that tax on them without too much issue.”

According to ABS data, alcoholic beverages contribute most of the energy from discretionary foods (4.8 per cent). Soft drinks and flavoured mineral waters contribute 1.9 per cent.

The World Health Organisation recommends consuming no more than six teaspoons of added sugar a day. The average intake of sugar from sweetened drinks for Australians is about 13 teaspoons, or 54 grams, according to the ABS.

In 2011, an independent review of food labelling recommended that energy content be displayed on the labels of alcoholic beverages, consistent with requirements for other food products.

A spokesperson for the federal Department of Health says alcoholic beverages are exempt from ingredient labelling because of changes that occur during the fermentation process.

In 2017, Choice called for mandatory kilojoule labelling for alcoholic beverages. It has started a campaign to encourage the government to close the loophole.