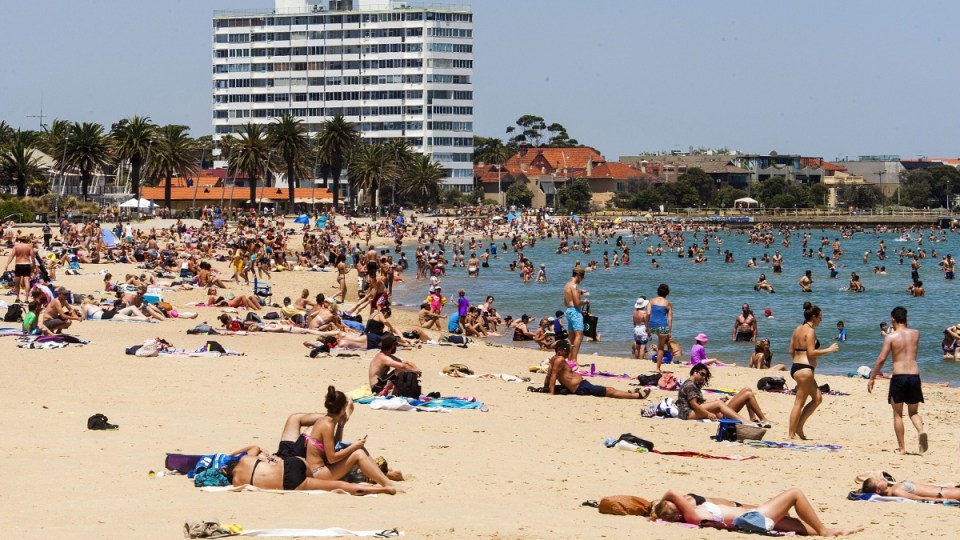 People seeking treatment for sunburn was up by 65 per cent. Photo: Getty

A record-high number of Victorians required hospital treatment for sunburn in the past year, Cancer Council Victoria says.

According to data released through its SunSmart program, 355 people went to the emergency room with sunburn last financial year, compared with 216 the year before.

Almost 200 of the cases recorded last financial year were in January.

“Aside from the really painful consequences of sunburn in the short term – and if you’re presenting to emergency then that really is quite severe – it’s the long-term damage that your skin’s suffering as a result,” she said.

The Cancer Council’s long running “slip, slop, slap” message, has been credited with changing attitudes to wearing a t-shirt, hat and sunscreen in the sun.

Later campaigns have added “seek and slide” to the message, referring to seeking shading and wearing sunglasses.

But the Cancer Council’s National Sun Protection Survey showed around 671,000 Victorian adults were sunburnt on weekends alone during the 2016–17 summer.

Ms Walker said the message needed to be emphasised, particularly to young adults and adolescents.

“If you’ve got children, you tell them to brush their teeth once, you don’t really expect them to do it every night without prompting,” she said.

“It’s a similar thing here with the health messages around skin cancer … we need to keep reinforcing these messages, particularly for a young audience.”

Young people represented more than half of those needing emergency care for sunburn in 2016–17.