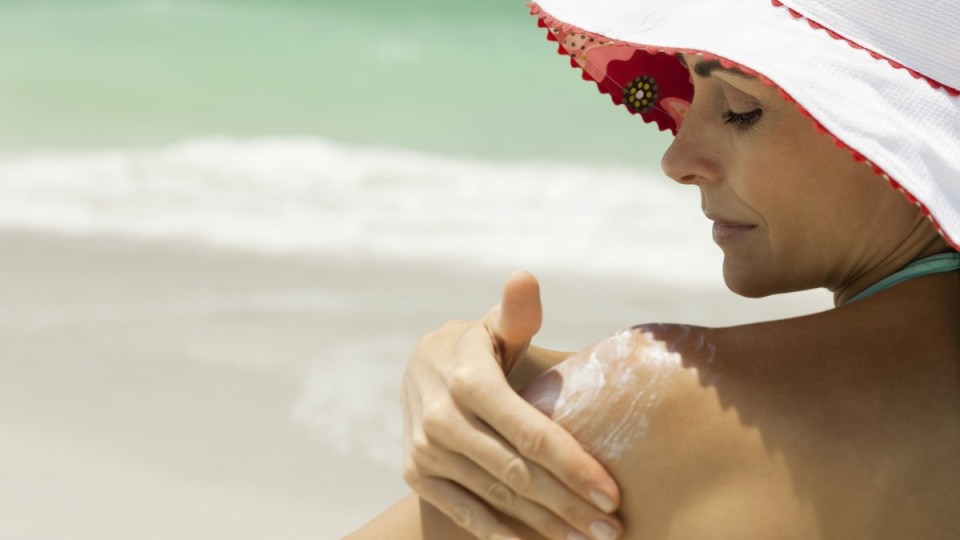 Australians are being urged to treat sunscreen as a lifesaving necessity akin to a seatbelt. Photo: Getty

Sunscreen protects us from a range of skin cancers, but most Australians aren’t using it properly and don’t understand how it works, experts say.

“It doesn’t, it just slows down the rate of burning,” Dr Miller says.

“I don’t like the words ‘sunscreen’ or ‘sunblock’ because they don’t do either.

“Sunscreens are very effective, but they don’t completely screen out the sun and they’re only one part of the equation. They should be used in conjunction with clothing and hats and avoiding the sun at peak periods where possible.”

In recent times there has been a lot of confusion around what’s in sunscreens and whether they are safe.

In 2017, Cancer Council’s Facebook page was flooded with complaints following news that a three-month-old Queensland baby had chemical burns allegedly caused by a sunscreen product.

Nor is sunscreen toxic, according to experts. The TGA says the particles in sunscreen do not penetrate underlying layers of skin and are unlikely to cause harm.

“People tend to use them like mosquito repellent and they’re not getting adequate coverage,” Cancer Council Australia chief executive Professor Sanchia Aranda says.

When they’re not safe

A small number of people might have an allergic reaction to sunscreen, sparked by anything from perfume and preservatives to its active ingredients.

“Other people, often those on cardiac medications, will have a photosensitivity to certain sunscreens, so it’s worth testing them on a small patch of skin first,” Professor Aranda says.

“These are not moisturisers, after all, these are chemical products.”

But the view that sunscreens are categorically unsafe and toxic is wrong, she says.

“What people should be worried about is dying from a melanoma,” she says.

“Some 2000 people die of melanoma every year, and two out of three people will be diagnosed with a skin cancer at some stage in their life.”

What makes a good product?

Look for a sunscreen that offers protection against UVA rays (which penetrate deep into the skin and cause wrinkles) and UVB rays (which cause the visible burning of the skin). In other words, look for a “broad-spectrum” product.

If you’re going to the beach or pool, look for sunscreen with four-hour water resistance.

The Cancer Council recommends a sunscreen with a sun protection factor of 30-plus.

Remember also that many tinted moisturisers or foundations do not offer broad-spectrum protection.

“We recommend in this case using a sunscreen beneath a moisturiser,” Professor Aranda says.

“It’s also important to choose a sunscreen based on the formulation that you like – whether it be dry or greasy – because that is the one you’re most likely to keep wearing.”

How to use sunscreen properly:

Labor victory fires up Tamil family’s hopes of return to their Biloela home
Joe Biden says he’s not fussed by North Korea’s rumoured return to nuclear tests
ACTU hails Labor’s triumph as the first step to pay raises
Analyst: Sharemarket will be anxious about a Labor pact with Greens
French foreign minister hails defeat of Morrison and his ‘notorious incompetence’
Tiger Woods quits PGA tournament after the worst round of his career
Do ‘egg-timer’ fertility prediction tests work?
Today's Stories

Are they safe? The truth about sunscreen