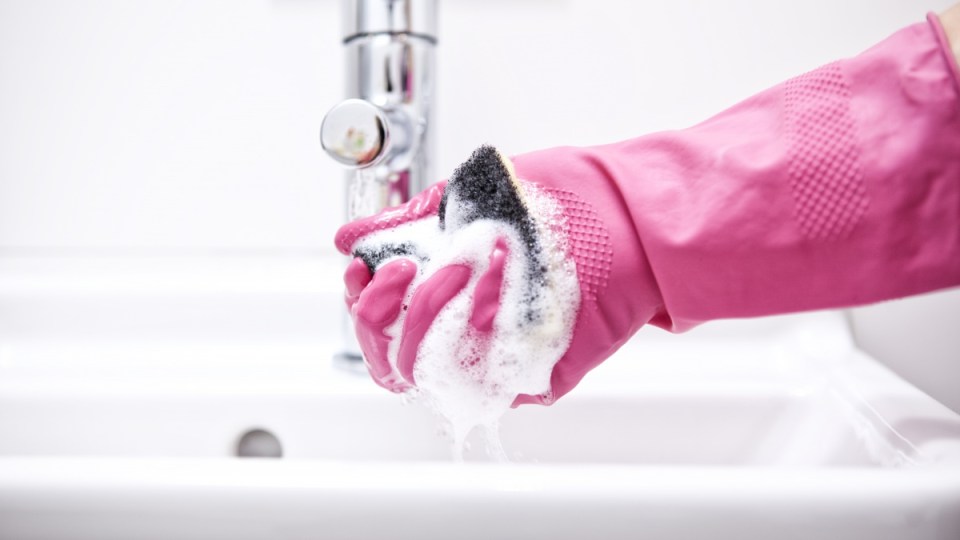 Kitchen sponges are the “biggest reservoirs of active bacteria” in your household and host more microbes than toilets, a recent study in the nature journal of Scientific Reports found.

In light of this rather alarming news, the authors of the research concluded you need to replace your kitchen sponge as often as once a week.

The researchers said instead of cleaning your sponge, it was best to throw it out, given cleaning methods such as microwaving it or placing it in boiling water only killed 60 per cent of bacteria.

“From a longer term perspective, sponge sanitation methods appear not sufficient to effectively reduce the bacterial load in kitchen sponges and might even increase the shares of [disease]-related bacteria,” the study said.

“We therefore rather suggest a regular replacement of kitchen sponges, for example on a weekly basis.”

How can you keep it clean for longer?

Ms Buchtmann told The New Daily putting the sponge in the microwave or in a solution of bleach and water once a week, was enough to kill bacteria.

The food safety expert also recommended using disposable paper towel instead of the kitchen sponge when mopping up any raw meat juice, poultry or eggs, to avoid bacteria such as salmonella and campylobacter.

In response to the Scientific Reports study suggesting microwaving or dousing sponges in boiling water was ineffective, Ms Buchtmann said a household shouldn’t have to be sterile.

“There is an argument that too clean of a house can lead to allergies,” Ms Buchtmann said.

She called throwing out a sponge every week “wasteful” and said a kitchen sponge could be used until it was worn out if it was cleaned once a week.

What kind of sponge is the best?

Ms Buchtmann said no particular sponge was better than another, but recommended using a different cloth when wiping the kitchen bench.

“You shouldn’t be letting your sponge get in contact with food or prepare food on the bench top” Ms Buchtmann said.

Ms Buchtmann said a dirty sponge was “less of an issue” than using separate chopping boards for food and poultry.

She also stressed the importance of thoroughly washing chopping boards in hot and soapy water when raw meat has been prepared.

What about tea towels?

Ms Buchtmann said tea towels were less likely to harbour bacteria than sponges because sponges are often warm, wet and take longer to dry out.

The other good news is that the laziest method of washing the dishes is also the most sanitary.

“The cleanest thing you can do in the kitchen is letting your dishes ‘air dry’, rather than using a tea towel,” Ms Buchtmann said.

How often should you toss a kitchen sponge? The experts differ